It’s hard to believe the beloved coming-of-age soap One Tree Hill started back in 2003 when Sophia Bush was just 21 years old. Looking across the table at the now-33-year-old actress, philanthropist and businesswoman at the Gramercy Park Hotel eatery Maialano, it seems as if Ms. Bush has found the ultimate anti-aging secret. Combining nine years of work on One Tree Hill with philanthropic efforts, a beauty line (i smell great) and a starring role in NBC’s Chicago P.D., has proved to be a successful mix upon which this young woman thrives.

After playing Brooke Davis for 32,000 hours of her life (yes, she did the math), Ms. Bush has completed that chapter of her life. “I love seeing how [Brooke Davis] resonated with people,” Ms. Bush said of her longtime role. “The only time it’s annoying for me is when people say, ‘I only want to see you play Brooke Davis,’ or ‘I want you to go back to One Tree Hill.’ ”

‘They let me
take it pretty dark. I really wanted to explore what happens when someone’s will has been broken and how far they fall.’

At the moment, Ms. Bush is focusing wholeheartedly on her role as Detective Erin Lindsay on Chicago P.D. For her, playing the character of Detective Lindsay was a natural fit. “I intrinsically understood who she was from the beginning, and it’s been really fun to hone in on that,” Ms. Bush said of her character.

Fans saw Ms. Bush’s character fall to a dark place at the end of Season 3—something that excited her about playing Detective Lindsay. “I really enjoyed watching Erin [Lindsay] get knocked down as the end of the season was happening, when she lost [the character of] Nadia and she began to crack,” Ms. Bush told the Observer. “They let me take it pretty dark. I really wanted to explore what happens when someone’s will has been broken and how far they fall.”

In addition to her talent for acting, Ms. Bush has an eye for fashion and business, but it was something entirely different that brought her to social media: the Deepwater Horizon oil spill. Ms. Bush joined social media because she was so angry about the cause, she had to spread the word: she didn’t want to talk to people about what she was having for breakfast, which is what she thought Twitter was for at the time, but wanted to create a social footprint to discuss the world. “I didn’t join any platform to build a brand…I joined a platform because I had things I wanted to say,” Ms. Bush said. You won’t see anyone else tweeting, Instagramming or Facebooking for Ms. Bush—she does it all herself. Ms. Bush owns her social media persona—her ideas, her interests and her focus.

Ms. Bush spends tons of time responding to fans and began tagging the designers she wears on Instagram after constant questions about her style. With her appetite for social causes, it’s no surprise she is a supporter of L.A.-based eco-friendly company Reformation—founded by friend Yael Aflalo. Ms. Bush also loves posting songs from new and favorite bands all over her social media platforms. Though she’s still working on it, as a tastemaker, Ms. Bush has been trying to figure out a way to streamline good music to fans. Judging by her work ethic, it’s a project she may well develop into a business idea eventually.

‘We want to elevate women, tell their stories, make sure they go to school, have maternal healthcare and feel tethered to the entire female community.’

Ms. Bush has served on the advisory board for Pencils of Promise (she built three schools this year) and the U.S. chapter of Invisible Children, and her efforts to make the world a better place have not stopped there. The all-rounder has lent a helping hand to I AM THAT GIRL—a project that helps girls turn self-doubt into self-love through a series programming and curriculum geared toward women 8-80 years old. “Women don’t have to compete…we should be collaborating,” Ms. Bush said of the project. In Uganda this past summer, she visited three accessory brands made by former victims of Lord’s Resistance Army and sex trafficking—women who are matriarchs of their families and supporting their kids. Her goal was to tell stories that seldom get heard outside of specialist charity communities.

Equality remains at the heart of Ms. Bush’s passions: environmental, social and gender equality are her central focus. This fall, Ms. Bush has partnered with Cindy Levy, editor of Glamour, to launch an initiative for The Girl Project—something that’s going to become the hub for all the work Ms. Bush does. “We want to elevate women, tell their stories, make sure they go to school, have maternal health care and feel tethered to the entire female community,” Ms. Bush said of the project.

Ms. Bush’s foray into empowering women includes beauty products. She has partnered with Clean Perfume and Fusion Beauty founder, Randi Shinder, for the line i smell great. Ms. Bush said no to numerous cosmetic company partnerships because she wanted to work on a brand that did something transformational for women—and not just physically. “I was sick of beauty brands existing because they make women feel like they’re not enough and thus have to purchase something to feel beautiful,” Ms. Bush said of her co-founded brand. With i smell great, every time someone talks about the product, they’re complimenting themselves (something that re-programs your brain to boost self-confidence). The fragrances reactivate their scents hours after the first application on the skin and are environmentally sound. For Ms. Bush, it’s “emotional and scientific”—something that lured her into the business.

With Ms. Bush’s big balancing act, don’t expect her to stop working hard anytime soon. She’s living her dream. “The dream is what you imagine, the hustle is what you have to do to actually live it and the hustle is hard, no matter what career path you’re in,” Ms. Bush said. “I’m happier than I’ve ever been, I’m so excited about life, and I’m exhausted. I’m happiest when I’m doing 10 things at once. It’s what I wished for.” 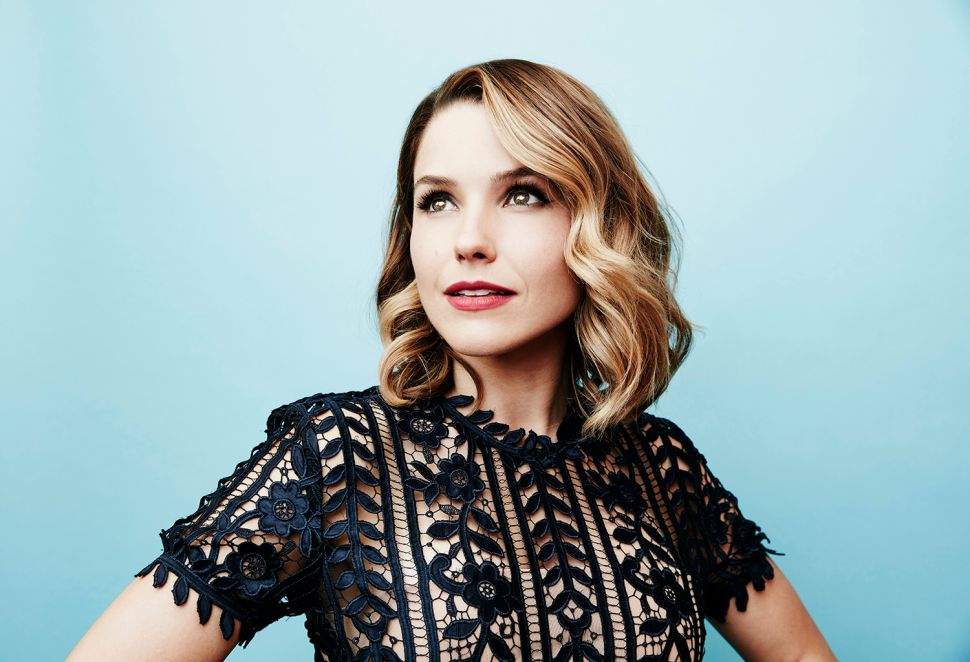