So, those dreams of becoming the world’s top rock star didn’t work out? Really, it’s okay. There are only about five or so real stars at the top. Plus, spending year after year on tour is nothing to aspire to. Imagine living in a cramped trailer, driving around the underbelly of America–and the rest of the world–along with a squad of sweaty but sweet crew members. You’re much more refined than that.

However, we see no reason to break away from the adoration of the rock n’ roll style. Vintage band t-shirts and low-slung, super skinny jeans with beat up boots (or even a pair of Converse) are nothing to shun. Add in a luscious bag from The Row, replete with a guitar strap (in place of an average shoulder strap) and this is a rather mature way to get one step closer to being a real rockstar. Luckily, this design doesn’t translate as grungy at all, as the strap on the Leather Saddle Drum Bag features a cheerful daisy print. Plus, this purse is much easier to tote around than an actual guitar.

Should the copper hue not be fit, this bag also comes in black and white. Rock on. 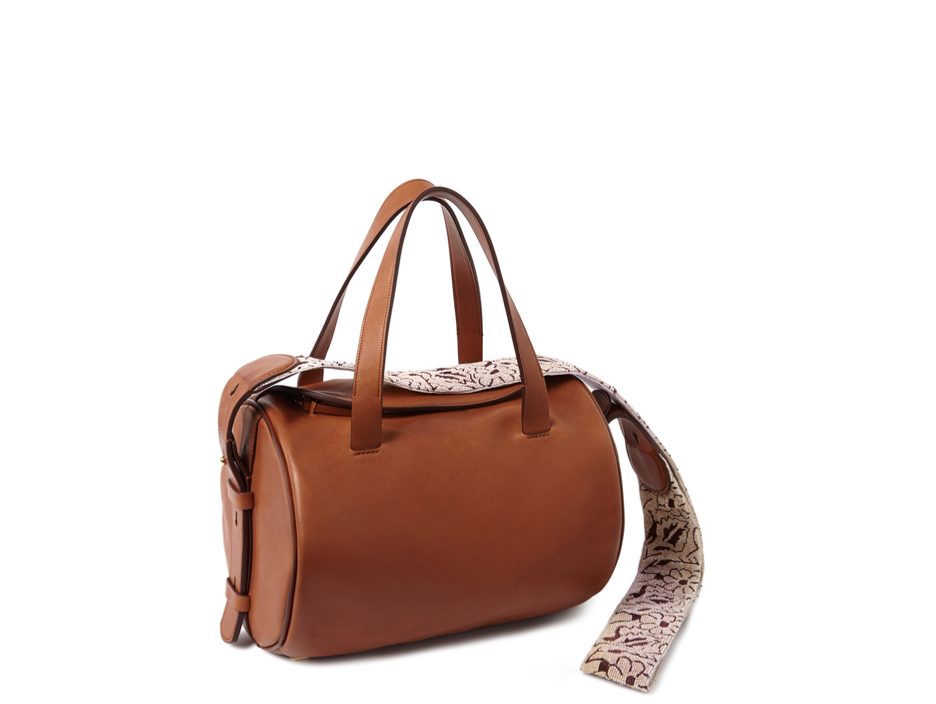