Bobby Holland Hanton is a risk taker to say the least. In this past season of Game of Thrones, his roles ranged from a White Walker to an Unsullied. He was even set on fire by one particularly unruly dragon in the show’s season finale. He has also been put to work as the stunt double for leading Hollywood actors like Chris Hemsworth and Daniel Craig, and Dove Men+Care has enlisted Mr. Holland Hanton as their spokesman since 2012.

Rather than shine the spotlight on a well manicured man, like Mr. Hemsworth or Mr. Craig, this guy actually sweats on the job. To earn the role of 007, he was run through a set of five grueling exercise auditions. “I was a gymnast for most of my life, and I actually followed my sister into that. I won medals for my country, and then stopped doing it. It was really demanding and taking a toll on my body,” he admitted during a recent chat. “I then focused on football before I broke into some modeling and live action gigs. I decided to combine all of my talents and began working as a professional stunt double. I’ve been doing this for the last eight years now, and have had the opportunity to work on some huge projects like The Dark Knight Rises, Quantum of Solace, Captain America, Pirates of the Caribbean, The Avengers, Harry Potter, and a few others.”

He now has three SAG Awards under his belt, but they have not come without hair hardships. “I double for Chris Hemsworth and it’s no secret that he has a wonderful head of hair,” he joked. “I had to wear a wig all day on set-about 16 hours or more-when we filmed the latest Avengers. That takes a toll on my own hair, so the Dove Men+Care Thickening Fortifying Shampoo makes me feel confident that I’m doing the best I can to take care of it at the end of the day.” 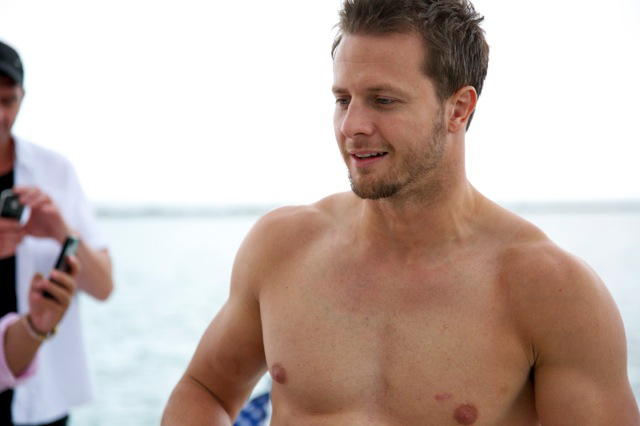