Dinosaurs, though long gone, remain close to our hearts. From our documentaries to our museum exhibits, we pay them respect and admire the grand mysteries that paleontologists work so hard to solve. Luckily, New York’s American Museum of Natural History is always eager to unravel these mysteries and offer the public new interactive ways of doing the same.

In January 2016, a new permanent paleontological exhibit at the Museum will feature a cast of a 122-foot-long dinosaur –an occupant so large that its neck and head will stretch across nearly the entire fourth floor. The species of dinosaur, which belongs to a group known as titanosaurs, was first discovered in 2014 in Argentina’s Patagonia region. The giant herbivore is said to have weighed in at around 77 tons, making it one of the largest dinosaurs ever discovered. Along with other exhibits and digital offerings to come in January, the new addition is sure to take the Museum’s dinosaur offerings to a whole new level.

President of the American Museum of Natural History Ellen V. Futter said in a statement, “This thrilling display dramatically brings to the public one of the latest and largest discoveries in paleontology, a field that is experiencing rapid advancement right now, and one of longstanding expertise for this Museum.”

The spotlight on dinosaurs will continue in spring 2016 with the new exhibition Dinosaurs Among Us (examining how one group of dinosaurs evolved into birds), a dinosaur symposium, a weekend of dinosaur programs, and a new dinosaur app from the Museum. 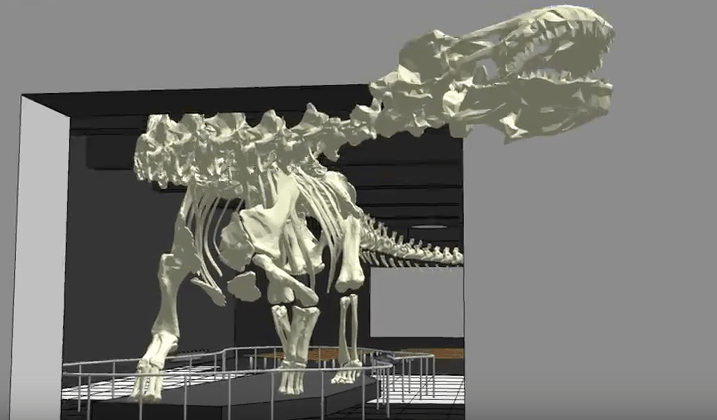