In case you’ve ever looked at the Waldorf and thought “there are not enough luxurious beauty treatments there for my liking,” they’re launching a new Beauty Lift Facial at the Guerlain Spa with a breakfast today. The facial is supposed to sculpt your face “through dynamic muscle movement.” You can probably enjoy a glass of Champagne while you have it; it’s that kind of place. Waldorf Towers, 100 East 50th Street, 9 a.m., invite only

Throw out those posters from college you’ve got hanging on your walls. Tonight you’re going to get some art that isn’t a reproduction of an old master you thought would make members of the opposite sex want to sleep with you. The super fun Buzz Art Auction is on, featuring pieces from ICY and SOT and John “Crash” Matos. Proceeds help go toward the Jam Master Jay Foundation for Music and Best Buddies International. Studio 450, 450 West 31st Street, 7-10:30 p.m., $75

If you are planning to live a long time, you’re going to know someone who dies of Alzheimer’s. Frankly, as more of the population grows older, even if you’re only planning on living a short while longer, that seems likely. Help fight against that frightening prospect in the most fun way possible at the Junior Committee of the Alzheimer’s Association’s “Old Hollywood: An Evening of Glitz and Glamour” tonight. It’s a chance to make some fun memories that will hopefully be with you until the end of your life. Broad Street Ballroom, 41 Broad Street, 9 p.m.-12:30 a.m., $150

There’s a story about how The New Yorker got its name. Supposedly, the editors at Vanity Fair, where some of the founding staff had worked previously, claimed that every article should be easily understood by “the little old lady in Dubuque.” When Harold Ross founded the magazine, he explained it was “not for the little old lady in Dubuque.” But look, even the little old lady in Dubuque would fly in for this year’s three-day New Yorker Festival, because she has Netflix, too, now. And every movie/show you’ve loved this year? There’s someone from it at the festival. That means Lin-Manuel Miranda from Hamilton, Ilana Glazer and Abbi Jacobson from Broad City and Billy Joel stolen from your dad’s CD collection. Calvin Trillin is even leading his 14th annual walk from Greenwich Village to Chinatown, stopping at his favorite restaurants. Our favorite event today is Ellie Kemper from Unbreakable Kimmy Schmidt, in conversation with Lauren Collins. MasterCard Stage at SVA Theater 2, 333 West 23rd Street, 10 p.m., $45

You might have bought all the organic snacks in the world, but your toddlers only want to eat two things: chicken nuggets and Play-Doh. Maybe you can find one other thing to round out that diet today at the Taste of Battery Park Food Festival. There will be a kids’ corner on hand that will not only allow them to munch on goodies they’re sure to love from places like Sprinkles Cupcakes (cupcakes are a third food), but also allow them to enjoy musical performances from TriBattery Pops and students from P.S. 89. There will also be some face painting and balloon animals. And adults will appreciate the bites from Blue Ribbon Sushi, Tartinery, P.J. Clarke’s, Blue Smoke and Francois Payard Bakery. Honestly, they’ll also appreciate the Sprinkles cupcakes. Beer and wine will be available for sale if you need something to wash those treats down, and proceeds from the event will go towards arts and enrichment programs at P.S. 89. Brookfield Place Waterfront Plaza, 200 Vesey Street, 12-3 p.m., $25

The Harlem School of the Arts will be hosting its 50th Year Anniversary Gala Kickoff with only slightly under 50 stars. They’ll be honoring Alicia Keyes, Jessye Norman, Cicely Tyson and many more. David Ushery, anchor for NBC 4 New York, will serve as master of ceremonies, and revelers will also enjoy performances by H.S.A. students. The Plaza, 768 Fifth Avenue, 6 p.m., tickets start at $1,250

David Venable, of QVC’s In The Kitchen with David, will be hosting a dinner featuring some of his favorite recipes. I’m using this as a chance to put in a formal request for the apple cider mug cake, which is excellent. The Kitchen Table, 132 Mulberry Street, 6 p.m., invite only

Joe’s Pub’s Women Of Letters show is back for its second season where six female writers will read a letter to their 80-year-old selves. The lineup is stellar, featuring writers like Lisa Kron, who wrote the musical Fun Home, and Susannah Cahalan, who wrote the Times bestseller Brain on Fire, as well as Kathleen Turner, who is Kathleen Turner. Oh, and if that wasn’t enough, all the proceeds are donated to the New York Women’s Foundation. Joe’s Pub, 425 Lafayette Street, 7 p.m., $20 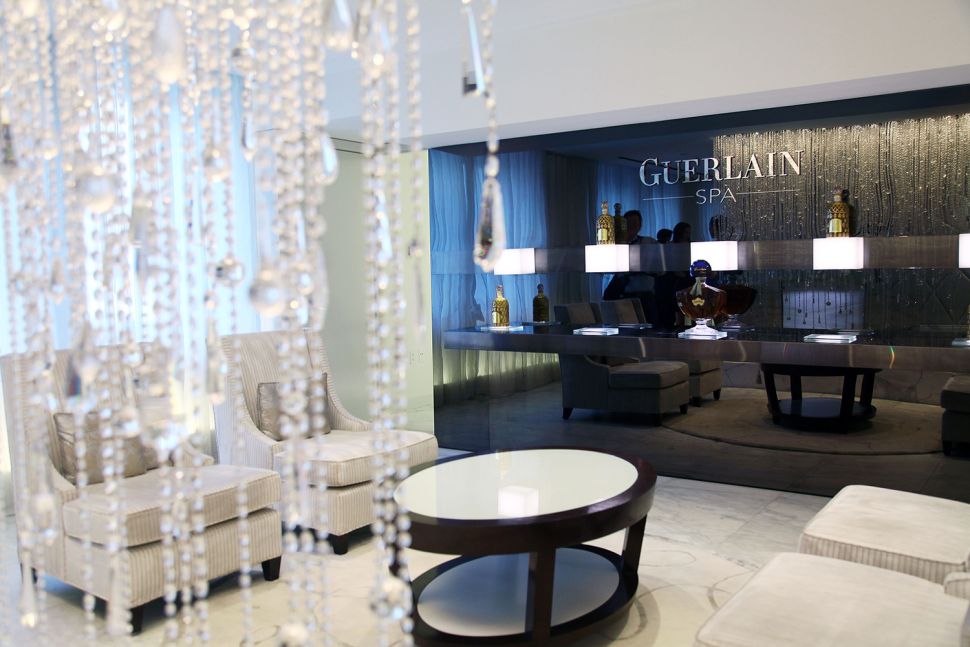