So soon, you’ll have forgotten the heat of August and you’ll just miss flowers. Get over to the Brooklyn Botanic Garden, which is partnering with the Noguchi Museum to present Isamu Noguchi at Brooklyn Botanic Garden. While today is just a preview, it will be open to the public soon. BBG’s Steinberg Visitor Center, 990 Washington Avenue, 6-8 p.m., invite only

Strut your stuff. At least, if “your stuff” is “art” at the Street Art Strut 2015. NYC’s top street artists will be creating a unique moleskin notebook that attendees can buy—and you’ll also get your own to doodle in with the price of admission. Proceeds from the event will go toward ACE Programs for the Homeless. 101 Wooster Street, 7-10 p.m., $35

Moncler is teaming up with “32 of the greatest photographers in the world” to raise funds for amfAR at Art for Love. While the identity of the photographers is a mystery to me, Fabien Baron will be curating and Remo Ruffini is hosting, so that sounds pretty solid. You’ll definitely find something there to Instagram. New York Public Library, Fifth Avenue at 42nd Street, 7-10 p.m., invite only

Like the idea of Fashion Week insofar as you think fashion is interesting, but don’t really love sitting for 45 minutes waiting for 15 minutes of models walking down the runway to French pop music? Oh, O.K. I mean, I don’t think you’re giving Serge Gainsbourg enough credit, but you’re going to love 29Rooms. Refinery29 is celebrating its 10th anniversary with a takeover of a 50,000-square-foot warehouse. It will be filled with art, performance pieces, films and even virtual reality showcases. Visitors will be encouraged to “choose their own adventure,” which can lead to exploring various issues, from politics to gender identity. Luminaries like Petra Collins, Charlotte Tilbury and Ry Russo Young have organized the exhibit. You can expect rooms made to mirror a teenage girl’s, a “polka dot confetti tornado” that evokes Minnie Mouse and a bouncy castle shaped like a woman’s handbag. There will also be some kind of music, just less waiting time. 15 Huron Street, Brooklyn, 12-8 p.m., free

We know, we know, your Fashion Week invites are already piling up in such a way that it seems like getting to the shows is more of a hassle than it is fun. You’ve been to this rodeo before, and now it’s not even at Lincoln Center. It’s all at The Postal Dock at Skylight at Moynihan Station, which sounds vaguely futuristic and is inconvenient for absolutely everyone. Still. It’s one of those things that you only get to do in New York. If you are going to attend one fashion show, make it our friend GEORGINE’s. Partly because she’s great, and partly because her show—with its models attired in gold lamé and multicolor furs in a fantastic throwback to the ’70s—was one of the highlights of Fashion Week earlier this year. We’re going to gamble that you won’t be seeing any fur in her spring collection, but you can expect something offbeat and old-school and glamorous. You can also expect a bunch of celebrities seated in the front row, if you’re the kind of person who’s into that kind of thing. The Postal Dock at Skylight at Moynihan Station, 360 West 33rd Street, 6 p.m., invite only

No matter how difficult your day is, it’s a good day, because you are not in high school and dealing with the feelings you had in high school. You are grown up, and, as John Hughes states, your heart is dead, and that is for the best. You can relive the memories at BuzzFeed Love’s High School CRUSHED, where comedians will share their most difficult romantic moments from youth. There will be booze. Housing Works, 126 Crosby Street, 7 p.m., free

Hackers seem a lot less charming than they did 20 years ago, but you can relive a simpler time with an anniversary screening of the eponymous movie. There will be a Q&A after the screening with director Iain Softley and actors Jonny Lee Miller, Fisher Stevens, Renoly Santiago and Laurence Mason. Nitehawk Cinema, 136 Metropolitan Avenue, Brooklyn, 7:30 p.m., $15

Get your cone-shaped bra ready because Madonna is coming to town. The Queen of Pop almost certainly doesn’t wear cone-shaped bras anymore, but that doesn’t mean you can’t. With her Rebel Heart Tour she’ll be performing some new hits like “Bitch I’m Madonna (ft. Nicki Minaj)” and “Living For Love” and generally being her fabulous self. If it’s anything like her concert at Madison Square Garden in 1985, you’re in for something spectacular. And if that isn’t cool enough, Amy Schumer will be appearing as a special guest. Madison Square Garden, 4 Pennsylvania Plaza, 8 p.m., $55-$405 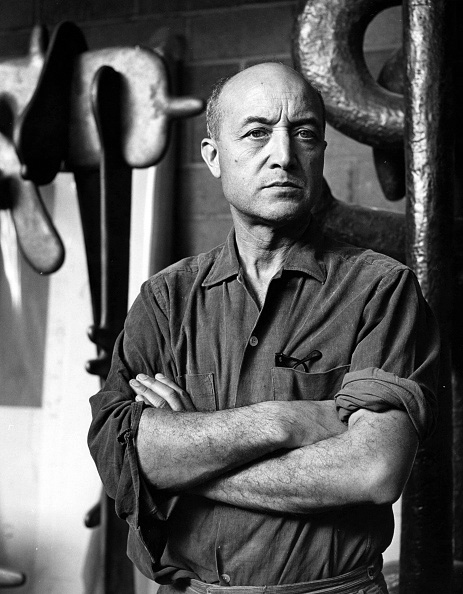