Assemblyman Sam Fiocchi (R-1) and his running mate Cumberland County Freeholder Jim Sauro toured South Jersey’s marinas today, and ended with a stop in Ocean City. It’s one of the first events in a year that will see Assembly Republicans and Democrats struggle to drum up voter interest in a year where no other race will be drawing a crowd to the polls.

PolitickerNJ was at the event in Ocean City, and stopped to talk with a few residents there to see where they come down on local issues and the candidates.

Occupy Philadelphia founder George Lennox, who recently moved to Ocean City and owns a business renting jet-skis and small boats, said before Fiocchi’s visit that he would be asking the assemblyman about his plans for boosting tourism with improvements to the city’s infrastructure.

“I’m going to be asking him on certain points about where he stands, and especially about expanding the marinas and with giving us a little more leeway with that,” said Lennox. “Obviously the roads are doing much better, there’s still some roads that keep hitting these roadblocks.”

He also said that changes to the beach tag system in Ocean City would bring in more revenue, and that similar changes could help other beach towns in the district.

“As a business owner, it’s something that plagues us because we know that without the beach tags we could bring in the business,” he said. “A lot of people don’t want to come to our beaches because of the beach tags, it’s really that simple.

“We could bring in tourism if we could adjust that kind of thinking, and the money would flow backwards.”

Business owner Peaches Lukens, who owns a gardening store in downtown Ocean City, said that environmental issues and the candidates’ positions on the shore’s dredging plans would guide her vote.

“Instead of putting that money into developing our dunes, so that the sand will hold, they just keep dumping sand in,” she said.

Lukens also said that the candidates’ backgrounds would be a factor in her decision. On the choice between the businessmen on the Fiocchi-Sauro ticket and servicemen Assemblyman Bob Anderzejczak (D-1) and his running mate Bruce Land, Lukens said that a business background would catch her eye when casting her vote.

“I mean, so much of this is planning, military wouldn’t make sense to me. Business would make more sense. Just don’t get any realtors on there, they just want to develop everything.”

When she paused to think of who she might choose for the task, the first name to come to mind was the Democratic svengali to the Anderzejczak campign, Senator Jeff Van Drew.

“He’s pretty on top of things,” she said.

Local resident Greg Mara also said that the Van Drew name had captured his attention during the run-up to a slow election year.

“In the couple of things I’ve seen in my mail, it’s had Van Drew along with them, so you know, being aware of who he is of course, his picture jumped right out at me.”

“That other name doesn’t even jump out at me,” he said of Fiocchi.

On how he’ll vote this year, Mara said that he will likely vote down the ticket as he has in previous years.

“I’ll look at the names, then I’ll do a little research and then I must admit I vote a party.” 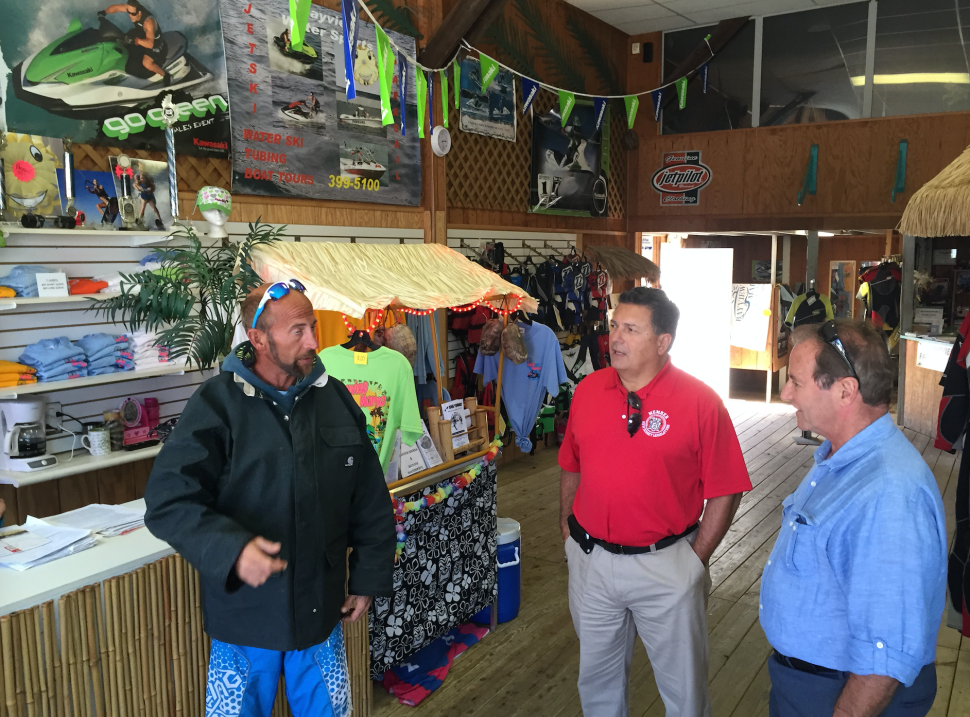