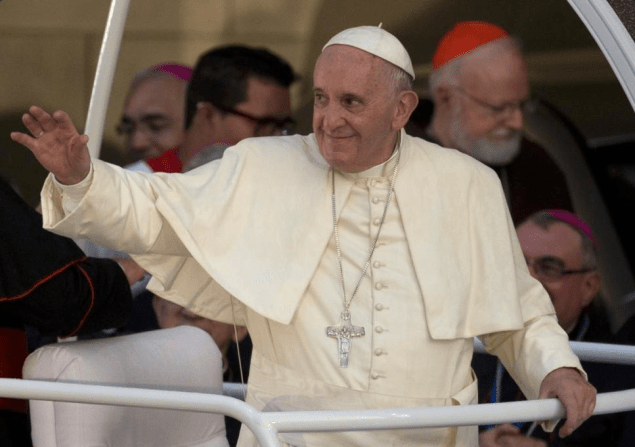 Yesterday, Pope Francis flew to NYC for his first visit to the Big Apple.

He may be the Pope, but he’s a tourist nonetheless, and some people on Twitter are mocking him as such. The hashtag #TouristPope has been encouraging people to crack jokes about Pope Francis acting the way typical Times Square-goers do.

Here are a few of the tweets:

No matter how many times I explained they're cheap knockoffs, Pope insisted on buying two Coach handbags at Canal St platform. #TouristPope

The Pope literally slathered his chicken over rice from Halal Guys in red sauce. He said he can totally handle it? #TouristPope

All he brought were sandals. #TouristPope

Found the Pope in Toys R Us Times Square asking where to find the Big Piano. #Touristpope

Found Pope Francis looking confused on my corner, wondering how to get to the Cloisters. #TouristPope

Was on the E train + the Pope asked me how to get to Ground Zero. Can't believe that's what people wanna see in NYC. #TouristPope 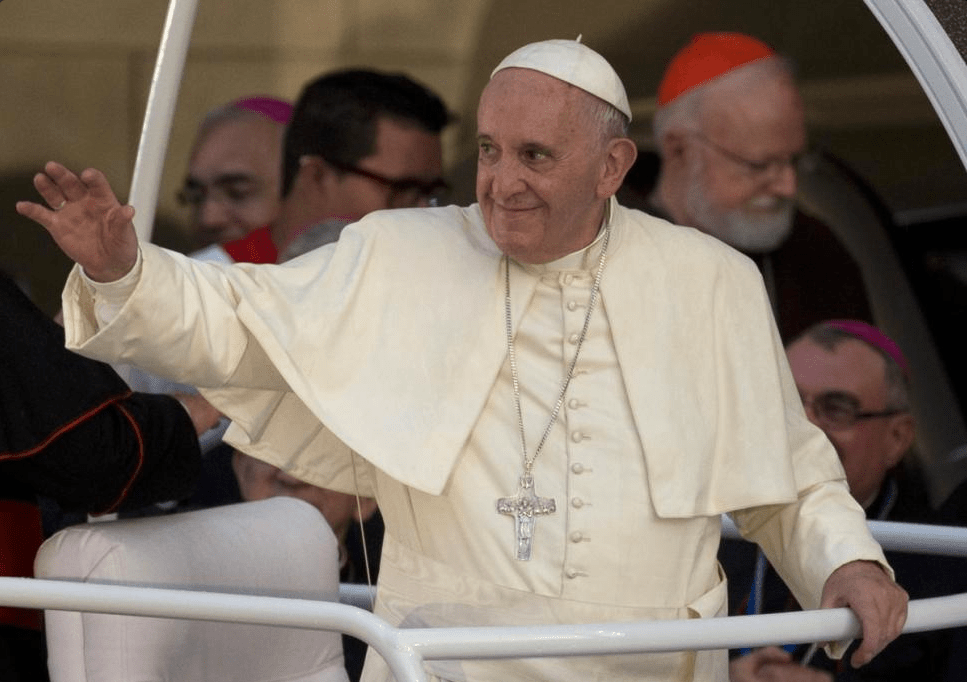