Pope Francis’ visit to the United States last week was in many ways a triumph of public relations—his address to Congress and mass at Madison Square Garden, among other activities, received lots of good publicity.

But that changed today, once news broke that after his Congressional address the pontiff met with Kim Davis, the Kentucky county clerk who refused to issue marriage licenses to same-sex couples.

Many Twitter users couldn’t believe that the Pope who once said “Who am I to judge” when asked about gay Catholics would meet with a woman who most consider a bigot:

"I've just got to tell you, I think you've acted like a schmuck." – What I hope the Pope told Kim Davis

The Pope meeting with Kim Davis is like the Goo Goo dolls releasing Iris. Now his fans just feel dumb.

Is this how @Pontifex shows love? By refusing to meet homeless #LGBT but secretly meeting its #KimDavis? |#Hypocrite http://t.co/jZ9fjCEHBC

So the Pope met with Congress and Kim Davis in the same week? This sounds like the worst trip ever.

Dear @Pontifex. You're a forward-thinker, but it's truly, deeply shameful that you took time to meet with Kim Davis. http://t.co/g3PRNHGU5l

But as Time magazine points out, Pope Francis supports conscientious objection and religious liberty, two of the larger issues at stake in Ms. Davis’ case.

Whichever side prevails, it’s worth watching this story to see if the court of public opinion will permanently see Pope Francis in a new light. 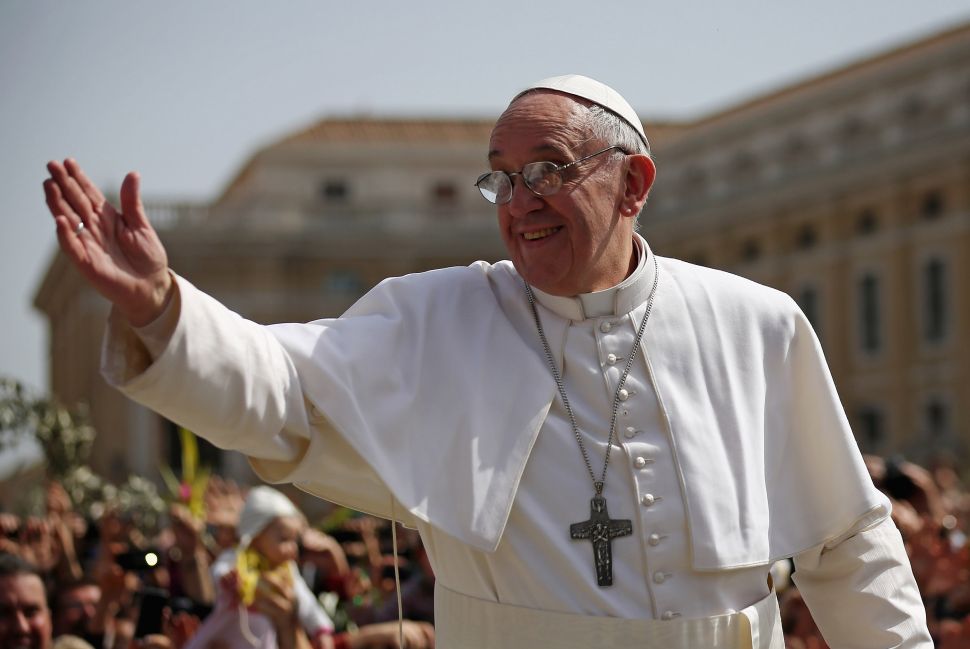