Buried in last month’s PR war between the mayor’s office and Uber Technologies came a tacit admission by Uber: it has apparently reached market saturation in New York.

Uber’s Daily News editorial was ostensibly about congestion in Midtown, but in asserting its defense, Uber buried the lead. “The city has issued 13,587 medallions…and most…are on the road 24 hours a day. Uber has signed up 20,448 fully inspected and insured cars…but only a fraction of them are rolling at any given time.”

This raises questions nobody has asked. Why, after three years operating in New York, with 100 percent market awareness, are so few cars in service during peak hours? Why aren’t all 20,000 flooding the city to purloin the fares of unhappy taxi passengers? Why was two-thirds of Uber’s fleet idle during the peak hours of Gay Pride weekend? 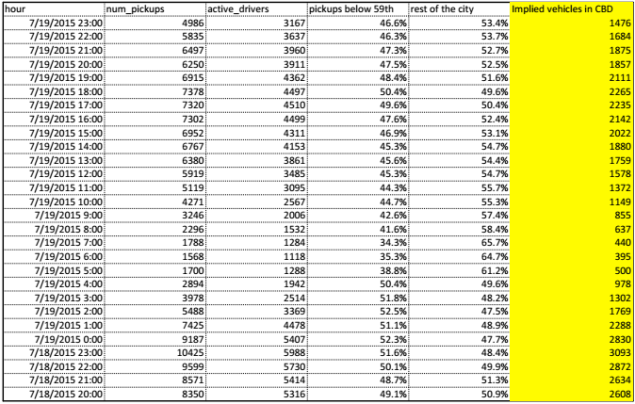 Uber has obviously filled a demand imbalance in Manhattan, and stolen 8 to 10 percent market share from taxi medallions in the process (for now). Unexpectedly, however, it only took 3,200 Ubers to reach these endpoints. One might dismiss this data if Uber was a new market entrant, but it isn’t. Everyone knows about it. The land grab is clearly over. This appears to be the best “market disruption” the $50 billion unicorn can offer.

Thus, Uber may boast about how many new registrations it adds every month, but demand is only so elastic. At this point, Uber drivers are as likely to cannibalize each other than steal taxi medallion market share.

Greg Portell, a Global Partner at management consulting firm A.T. Kearney’s Consumer Products & Retail and Media Practices, explains it concisely. “For any new brand, there’s an inflection point where it transitions from being a trial-based proposition to a share-based proposition. Getting the best transportation will be the ongoing question moment-to-moment, but the share-based game turns Uber into just another consumer brand, and one that is not operating in a vacuum, either.”

So what happened? Why does it appear that Uber has topped out?

Ironically, the answers lie in the thesis of medallion financial industry short-sellers—a thesis based on four false premises.

Second, shorts falsely assumed that New Yorkers would abandon taxi medallions in the face of a “superior product.” Except the product has not turned out to be so superior. Although Uber offers what Portell calls a “frictionless transaction,” the street hail is also frictionless. New Yorkers value their time, and it’s often quicker to hail a cab with a professional driver than wait for an Uber—one that may also remove any cost equivalency via surge pricing, have a 50 percent higher chance of being in an accident, and be operated by a disgruntled driver earning less than he expected.

Third, the shorts claimed, and aspiring drivers believed, that “unlimited new supply bears a marginal cost per vehicle of near zero.” Yet, reality demonstrates that rideshare carries exorbitant costs. My White Paper, “Towards A Cost Estimate for A NYC UberX Driver,” concluded that an UberX driver loses 68 percent of his first dollar-per-mile in revenue, and 49 percent of the second dollar…before taxes. As drivers discovered this uncomfortable truth, attrition skyrocketed. Uber’s own study showed 50 percent driver attrition after 12 months—but stopped counting at that marker. Who knows how much more attrition there has been? Uber is silent on the matter, which speaks volumes.

The alleged coup de grace for short-sellers was that these factors would lead to a taxi medallion becoming “a worthless piece of tin.” Considering that taxis are still accounting for 90 percent of passenger pickups, that theory is now disproven.

What does the future hold?

Uber’s own study indicated that the number of NYC UberX drivers increased from 4,000 to 16,000 in 2014, much of it in the latter half of the year. Expect the TLC to report year-over-year taxi revenue declines of 4 to 7 percent through the end of this year. However, once 2016 arrives, expect year-over-year declines to either slow dramatically, or stop altogether.

While the weaker taxi medallion lenders are suffering as a result of poor underwriting, legacy conservative lenders are experiencing comparatively insignificant delinquencies. This is no different from the housing crisis, in which some banks wrote lousy mortgages and folded, while others stuck with high-quality underwriting and emerged unscathed. Once the revenue declines abate, stability should return to both the medallion transfer market and to the weaker lenders. The more conservative lenders will emerge even stronger.

In short, the death of the NY taxi medallion, and its lenders, has been greatly exaggerated—and Uber has admitted it.

Mr. Meyers currently holds no position in any of the securities discussed here.

Lawrence Meyers is a financial and policy analyst. He can be contacted at PDLCapital66@gmail.com. 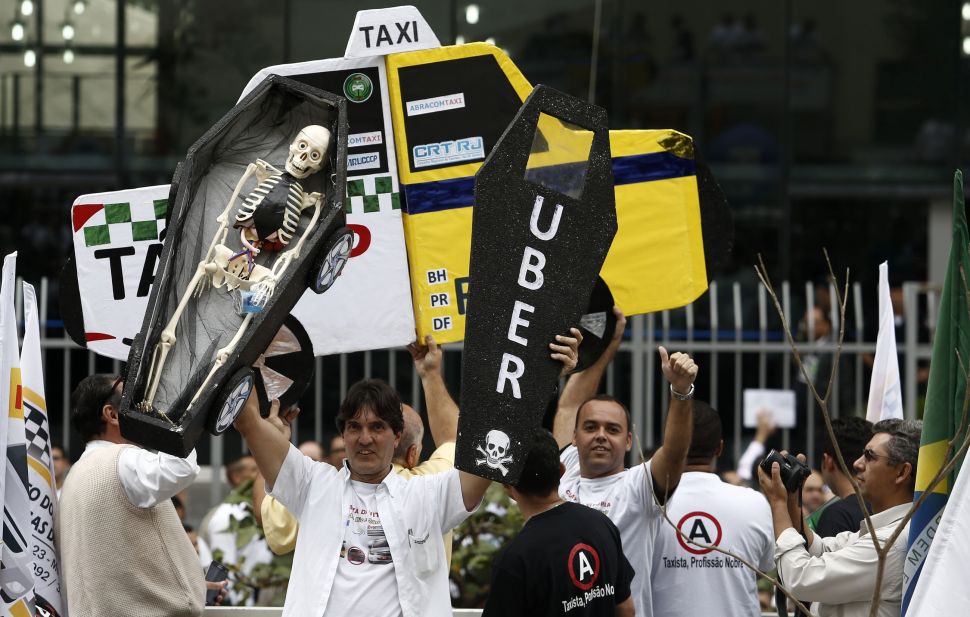