New Yorkers can stop grumbling when the warning about surge pricing pops up in the Uber app. At least according to Uber, that is.

Yesterday, the ride sharing service released a case study conducted by their company and Chris Nosko, an economics professor at University of Chicago.

Surge pricing goes into effect when the demand for rides outnumbers the amount of Uber vehicles on the road.

“Without surge pricing, Uber is not really Uber—you can’t push a button and get a ride in minutes,” Uber researchers Jonathan Hall and Cory Kendrick wrote on the Uber blog.

The case study looked at two different nights in New York City in the past year. The first was March 21, the night of the sold out Ariana Grande concert at Madison Square Garden. The second was New Year’s Eve.

Even though the Uber app was opened more than four times more than usual after Ms. Grande’s concert ended, causing prices to surge to 1.8 times the original price, Uber says this was beneficial in multiple ways.

On New Years Eve, by contrast, Uber surge pricing broke down in New York City for 26 minutes during a busy part of the night. According to the case study, not having surge resulted in negative consequences for both drivers and riders.

One of the benefits of surge according to Uber  is the increase of drivers on the road, because they are being paid more; which in return benefits riders because more Ubers are available.

Another benefit is that surge pricing makes riders value Uber more. On the night of the concert,  the app openings increased, but the number of requests did not, as some decided to take an alternative route or wait for surge pricing to end.

“Those that ended up requesting a ride are those for which their outside option was worse, leading them to value Uber more in that particular moment,” the case study said.

How is surge-free Uber bad?

On New Year’s Eve, when surge pricing failed to work, wait times increased as fewer drivers were on the road, according to the study.

Although Uber lost the data that would tell if demand increased because of the technical glitch; the case study hypothesizes that drivers were less likely to drive because of the holiday and that without surge, there was no increase in pay. This led to many uncompleted rides.

This study comes a month after Gett introduced its first ad campaign in New York City, with many anti-Uber ads.

“Uber is our biggest competition in NYC and their customers have a major point of frustration—surge! Our campaign highlights Gett’s surge-free guarantee,” Nathan Roth, Gett’s spokesperson, previously told the Observer.

Besides no surge pricing, Gett is currently offering riders a $10 ride anywhere in Manhattan under 110th Street, something neither Uber nor Lyft offers.

Lyft, another taxi medallion alternative, does have surge pricing during what they call “prime time.” 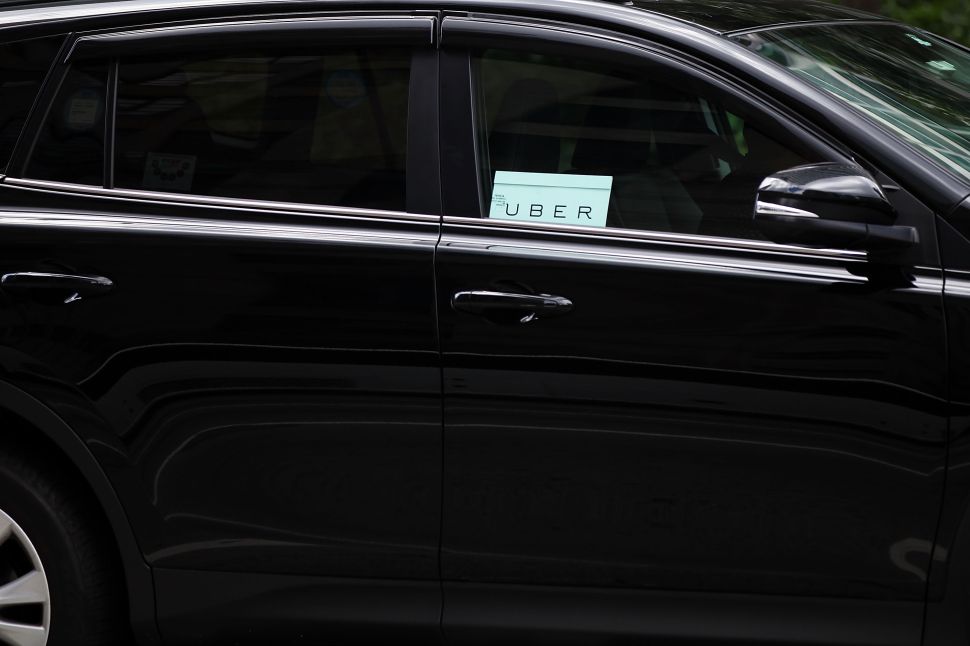