Most people watching Chinese policymakers during the month of August—especially judgmental New Yorkers who were undoubtedly miffed that market volatility ruined their vacations—have disdainfully dismissed Beijing’s heavy-handed moves to prop up its stock market as proof that the country remains far from acting like a developed first world country. After all, what civilized nation would dare order its brokerage firms to purchase falling stock shares, halt trading, and ban short selling?

The crackdowns on market manipulation served further to reinforce their opinions that Chinese policymakers were desperate in their measures to stem the inevitable slide, which has yet to find a bottom. There has been almost universal agreement among the media’s talking heads that these hapless Chinese bureaucrats have no clue what they were doing.

For the most part, I would agree with the sad assessment of their handling of the stock market crash. However, the fault lies not in the Chinese policymakers’ intentions to stabilize chaotic markets, but in their altogether inept ways of communicating with the markets and their utter lack of crisis management experience.

The world has seen a tidal wave of unconventional policy moves by regulators and central bankers since the financial crisis of 2008. The U.S. Federal Reserve moved to guarantee money markets, bought trillions of dollars worth of credit derivatives that no one wanted, and turned brokerages into banks overnight to stop the free fall of world financial markets in 2008. The European Central bank also engaged in extraordinary quantitative easing measures such as introducing the first negative interest rates. And Japan even flirted with overturning its constitution to allow for military buildup for the first time since World War II to boost government spending. Clearly, all these policy moves throughout the developed world also smelled of desperation and invited the shock of the world when each of these polices were first announced.

But almost as quickly as they were announced, they were also quickly forgotten by the media and the general public. Everyone was ready to move on to the next news item, whether it was Greece’s two hundredth bailout or Caitlin Jenner’s newest look.

What Western policymakers did that Chinese policymakers have not mastered is the art of obfuscating the solutions with lots of complex acronyms and convoluted rationale that escapes the comprehension of the average market watcher. The silver-tongued explanations for engaging in esoteric market interventions to stabilize the markets and economies simply co-opt the agreement of the market participants to go along because most of those participants miss the nuances and thus view these policymakers as modern day Wizards of Oz. What Washington did may have seemed disconcerting at the time, but they appeared to be Know-It-Alls who had the intellectual heft to the save the world as we know it. The Chinese policymakers, on the other hand, have not fine-tuned their communication strategies and have instead bluntly stated their intentions and used even blunter methods to achieve their ends. While in the Chinese culture, such bluntness may be seen as a way to win trust, they failed to understand that many other people in the free world interpreted this bluntness as a lack of sophistication. Unfortunately for the Chinese, a lack of sophistication is often seen as synonymous with naiveté, inexperience, and poor judgment by the jet-setting Wall Streeters and media mavens watching from across the ocean.

So are the Chinese policymakers doomed to third world status by their apparent lack of communication finesse? Will the rest of the world abandon China now that they think that its emperor has, not necessarily no clothes, but clothes that are ill-fitted and silly looking? As with everything else happening in China, its financial markets are undergoing growing pains. Like the awkward teenager who doesn’t yet know how to ask a girl out on a date, the Chinese policymakers have yet to gain the confidence of the markets and adopt strategies and styles that would win the respect of market players. They have not mastered market psychology, and they may not yet realize that they are beyond their paygrade when it comes to playing with the big boys. But it also does not mean that China will never reach the same level of sophistication of as its Western counterparts.

As a late bloomer to the party, China’s policymakers may stumble a bit as they are now, but over time, China may very well produce their own rock star version of Ben Bernanke. Give it another ten years.

Ann Lee is author of What the U.S. Can Learn from China and an adjunct professor at New York University. 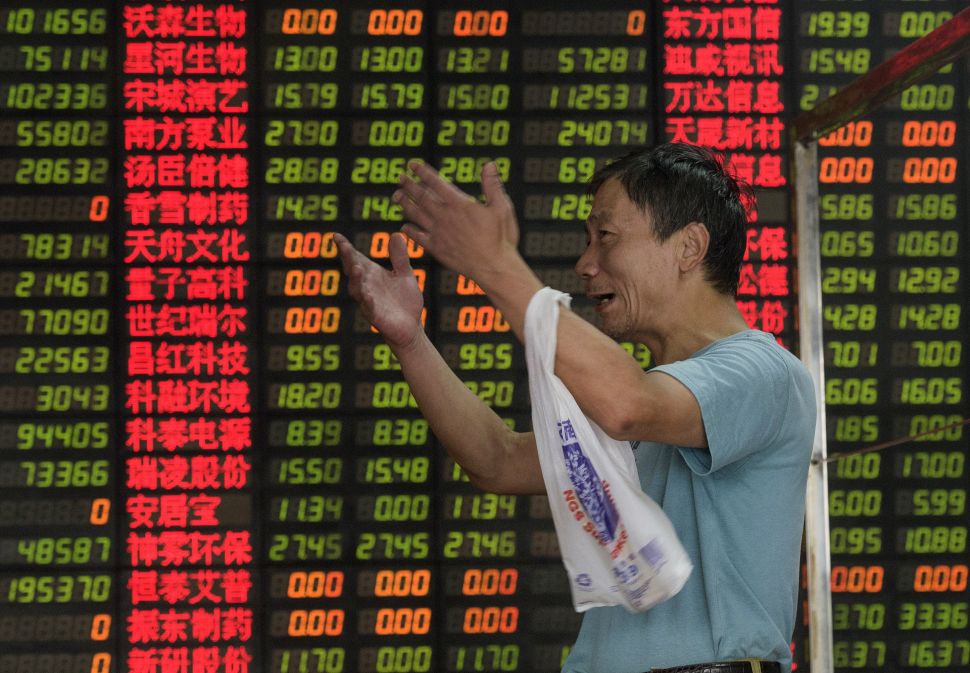