ATF confiscates War Throne, an artwork that’s essentially the Iron Throne made of weapons, at the Philadelphia airport. The authorities say Goncalo Mabunda’s sculpture requires a gun permit. The Mozambican artist’s work is currently on view at the Venice Biennale.

Zaha Hadid will give Olympic stadium in Tokyo another shot after the Japanese balked at the $2B cost of her last design.

Tomorrow, a Lichtenstein mural destroyed in 1983 that was re-created at Gagosian Gallery will be unveiled.

One of Stravinsky’s earliest works, thought lost for almost a century, resurfaces in St. Petersburg 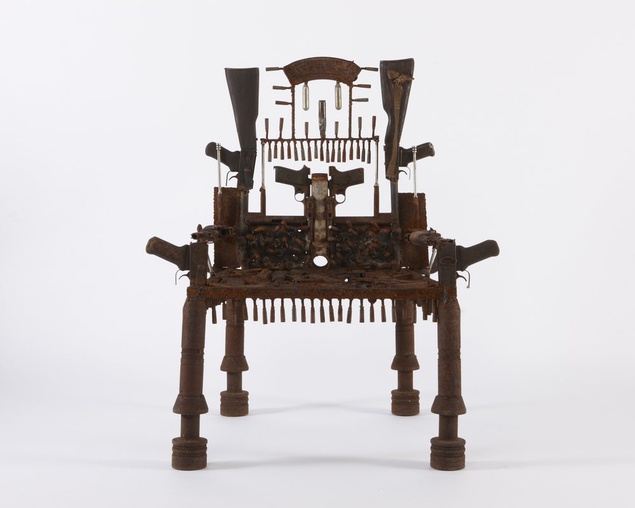