Since 1983, the educational Reading Rainbow has been encouraging kids to pick up books for pleasure. The program—originally a PBS television show and now an interactive book for iPad and Kindle—is heavily accoladed, but new evidence suggests the show may not have always taken the best approach.

A Vine surfaced recently that shows a child on Reading Rainbow getting a little too dark, telling untainted child viewers about the impeding pressure to succeed as to not disappoint everyone you know. It’s a little much for children’s television, let alone a show full of literal rainbows.

The video—posted on Vine by New York Times best-selling author Austin Kleon—has been viewed nearly 20,000 times. It’s become popular on Twitter as well, where users have begun guessing what this child does now (since he’s most likely grown-up).

@austinkleon wonder whatever happened to this boy, is he a motivational speaker nowadays?

Whatever that answer is, hopefully he undid that top button and loosened up a bit. 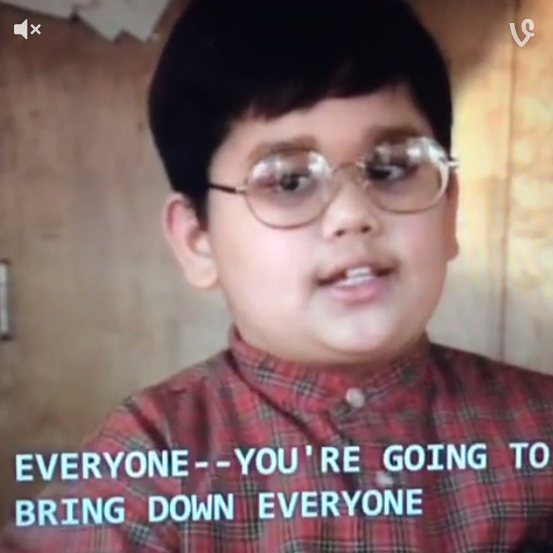