Eight years after it began an ambitious renovation, the Wadsworth Atheneum Museum of Art—America’s oldest museum to continually operate—opens the doors to its Memorial Morgan wing to the public for free tomorrow.

The Hartford, Conn., institution houses more than 1,000 European paintings, sculptures and antiques, many of which hail from the personal collection of American financier John Pierpont Morgan.

The Beaux-Arts building itself was restored and the collection revamped, to the tune of $33 million, starting in 2007.

When the Observer toured the space in August, many paintings were yet to be hung, but the leaks and structural damage had already been patched up.

Now, the museum has re-hung a bounty of European treasures, including a blue period Picasso on loan from Cleveland, a Toulouse-Lautrec, Monets, Manets, Degas and Poussin’s The Crucifixion. (The Contemporary gallery was already re-opened following a renovation this January).

Meanwhile, the freshly appointed European decorative arts rooms center around the idea of the kunstkammer. “It’s part of our core idea,” the concept of a chamber of curiosities, said Oliver Tostmann, curator of European art. Mr. Tostmann, who joined the museum two years ago, oversaw the revamped Morgan Memorial wing, which houses the European collection, with Linda Roth, the curator of European decorative art.

The museum also revealed an interactive program with iPads for visitors to learn about the varied decorative objects on display.

Tomorrow the museum is unveiled to the public and offers free admission from 10 a.m. to 5 p.m. 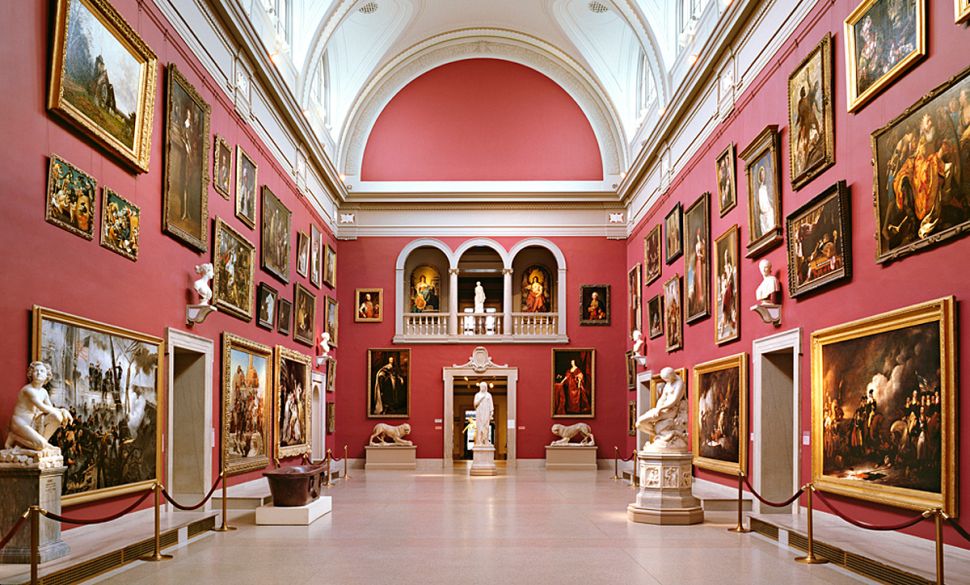