The Obama administration is having a hard time deciding whether or not to propose to Seoul to deploy the U.S. THAAD (Terminal High Altitude Air Defense) long-range missile defense system in South Korea. The North Korean ballistic missile threat is obvious, so is the regional threat from Russia and China. Deploying a robust U.S. anti-missile system would protect both U.S. forces on the peninsula and at the same time provide some measure of security to South Korea’s own forces and to it’s civilian population. This would upset the Chinese, the North Koreans and most of all the Russians, who are allergic to any attempts by the U.S. to defend itself or its allies against missile attack.

America’s relationship with South Korea is not only important in and of itself, but is a symbol of the benefits of being closely allied with the U.S. It is hard to argue that our relationship with Japan was the key to improving its position in the world. After all, before the U.S. and its allies defeated Japan in 1945, it was indeed a regional power of considerable military and economic heft. South Korea, on the other hand, was an exploited Japanese colony whose development had been retarded by Tokyo.

In the 1950s, after the Korean War, South Korea was one of the poorest nations in the world, by the mid-1970s it was well on it’s way to becoming not just an Asian “Tiger” economy, but the leader of the other aggressively developing Pacific Rim states. This would not have been possible without U.S. economic and military support. In particular the U.S. opened up its market to South Korean products in ways that it did for few other nations.

Over the final two years of the Obama presidency the threat of North Korean nuclear missile attack on South Korea, Japan and even on the U.S. is an even greater danger than the related threat of Iranian nuclear weapons. After all, Pyongyang has already set off a pair of nuclear explosions and U.S. brass believes that North Korea has, or will have, a warhead design that can fit on top of one or more of their large collection of medium and longer range ballistic missiles. For America’s Asian allies, missile defense is more important than ever.

In response to the 1998 North Korean missile overflight of its home islands, Japan got serious about building a national missile defense system. The investment Tokyo has made in both sensors, command systems and defensive weapons is, by Japanese standards, impressive. They have bought themselves both advanced land-based Patriot, PAC 3 interceptors and highly capable sea-based SM-3s. Most important of all they have linked their system with the U.S. sensors, especially our early warning satellites as well our radar and communications organizations. From Japan’s point of view they have bought themselves a moderately good, but still imperfect defense at a bargain price.

South Korea, which faces one of the world’s largest arrays of offensive ballistic missiles is just beginning to develop its national missile defense system. While many of these North Korean weapons are old and unreliable, others are modern and fairly sophisticated. For many years the North Korean missile development program has been generously supported by Iran, and possibly by other anti-American nations. In spite of North Korea’s disastrous economic situation, there is no sign that the Communist hermit kingdom has slowed down its effort.

While North Korea’s regular forces have been slowly but surely falling apart, its missile force has been growing. It should be obvious that dictatorships with few genuine loyalists find it easier to mantain and equip politically loyal missile launch teams than they do to build up competent conventional military organizations. South Korea’s decision to decision to create a home grown, independent missile defense system, the KMDA, is going to be expensive and probably will take much longer than planned. When the full system is built Seoul will have sensors and defensive weapons that are adapted to South Korea’s very specific requirements.

However, like Japan, South Korea will still need to use U.S. early-warning satellites and probably will also need access to other U.S. command and control technology. Unlike the Japanese, South Koreans will have the ability to modify their system without asking U.S. permission.

For the U.S., fitting Seoul’s ambitious plans into a system that includes Japan is a painful political  headache. It’s no secret that Japan and Korea have unresolved issues dating from the period (1910-1945) when Japan annexed Korea. The bitterness that many Koreans still feel toward Tokyo and the occasionally ugly statements about issues, such as some Japanese politicians’ remarks about wartime “comfort Women,” have long stymied our efforts to increase cooperation between America’s most important North East Asian allies. A modest intelligence sharing agreement was shot down last year due to this animosity. A tripartite missile defense agreement would be a good thing for the security of all three nations, but it would require sustained attention from America’s top leaders and there is no sign that the administration is interested in making the effort.

So for the moment the best that Washington can do is to bolster the defense systems of both of our allies and try as best we can to get their separate complexes to work together. Meanwhile, the Defense Department has begun informal talks with South Korea on the deployment of a U.S. THAAD battery and its integration into Seoul’s existing defenses. THAAD is an advanced missile defense weapon that has been in development since the first Bush administration and is currently being fielded by a handful of Army units.

China and Russia are both putting pressure on Seoul to reject the U.S. system and the South Korean parliament is debating the issue. It should be no surprise that Russia is trying to weaken the U.S.-South Korean alliance. As long as Vladimir Putin is in power the U.S. can expect nothing but hostility from the Kremlin. China’s objections to South Korea protecting itself from missile attack are harder to understand. After all Beijing has excellent relations with Seoul. If China is seen as trying to make it easier for North Korean missiles to hit targets south of the DMZ, China’s image will inevitably suffer.

Interestingly in South Korean politics, the Missile Defense issue has become entwined with the issue of transfer of operational control (opcon) over all allied forces in South Korea from the U.S. to the Koreans. For the U.S. this does not present any serious problems, as the American military has long believed that the armed forces of the Republic of Korea are perfectly capable of handling this function. However elements within the South Korean government are reluctant to see the Americans give up this command.  They imagine that without an American general as commander the US might lose interest in defending South Korea, so they want to postpone the takeover of this role.

Unlike the issue of military command, the issue of Missile Defense is clearly one of national sovereignty. Since the collapse of the 1972, U.S./Soviet ABM Treaty, any nation has the right to use any method whatsoever to prevent warheads from ballistic missiles landing on its soil and killing its people. South Korea is clearly within its rights to defend itself, either alone or in cooperation with the U.S., or even with Japan. For China, Russia  or for any other nation to prevent the South Korean government from defending its people can hardly be considered a friendly act.

South Korean President Park Geun-Hye will soon visit Washington. She deserves to get a clear and unambiguous message from her hosts: the U.S. will do everything it reasonably can to protect her nation from ballistic missile attack.

Taylor Dinerman, the author of Subway Lists and Other Writings from the iPhone Era, has contributed to the Wall Street Journal and Space Review, among other publications. 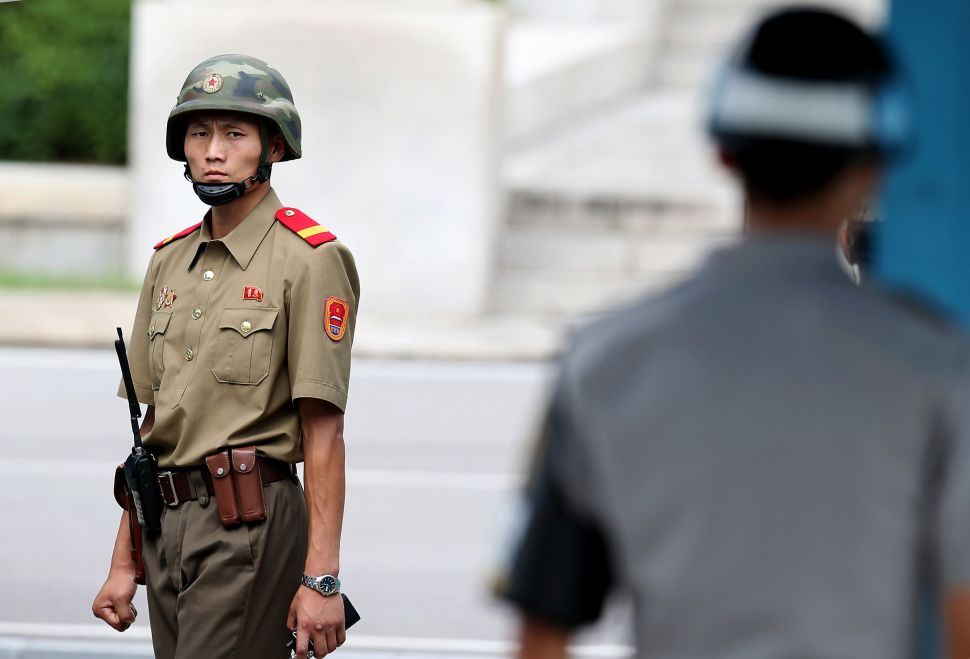