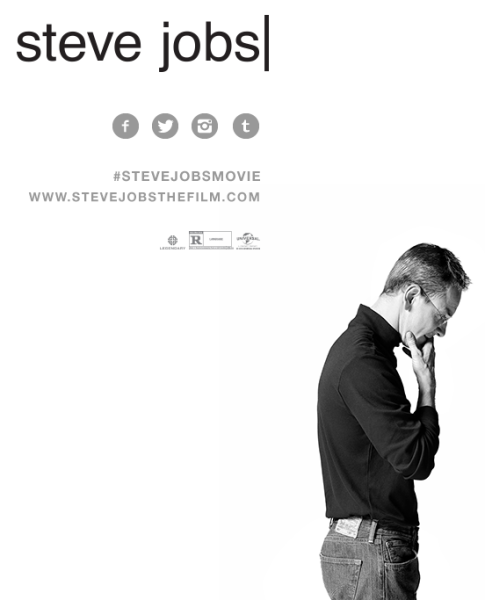 But that’s not the only film about the Apple founder coming out this year. Universal Pictures is releasing a feature film simply titled, Steve Jobs, starring Michael Fassbender, Kate Winslet, Seth Rogen and Jeff Daniels. The movie hits theaters on October 9, but the company just released a second trailer earlier today.