British artist and comedy writer Miriam Elia’s popular art world-skewering “We Go to the Gallery,” will be re-released in mass-market format this month. Art world parents–and really any fan of social satire–rejoice!

The book uses the imagery and tone of Peter and Jane Ladybird, the iconic 1960s British kids who learn life lessons in the Key Words book series that Britons of a certain age grew up on. However, Ms. Elia’s characters don’t talk about homework and chores–they talk about Contemporary art. Think “Peter and Jane Go to the Museum,” but set in 2015. “Mum” is probably still paying off student loans from her MFA.

For instance, one page reads:

“The rubbish smells,” says Jane, standing before a binbag installation.

“‘It is the stench of our decaying Western civilisation,” says Mummy.

The first release of “We Go to the Gallery,” printed after a Kickstarter campaign by the author, yielded only 1,000 copies that were sold for around $30 each. But the book gained popularity quickly. Ms. Elia shared some of the pages on social media, and soon they went viral. Then, the first release copies became coveted, and some resold for around $1,400. Ms. Elia knew then that she had to do a reprint.

The commercial version of Ms. Elia’s “We Go to the Gallery” is available for $14.50 at wegotothegallery.com. 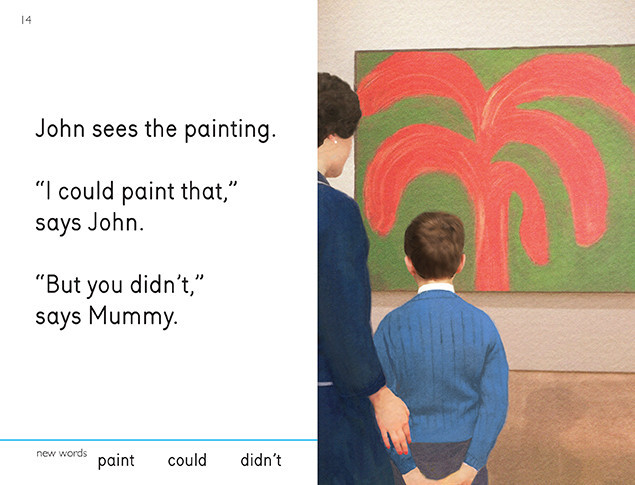 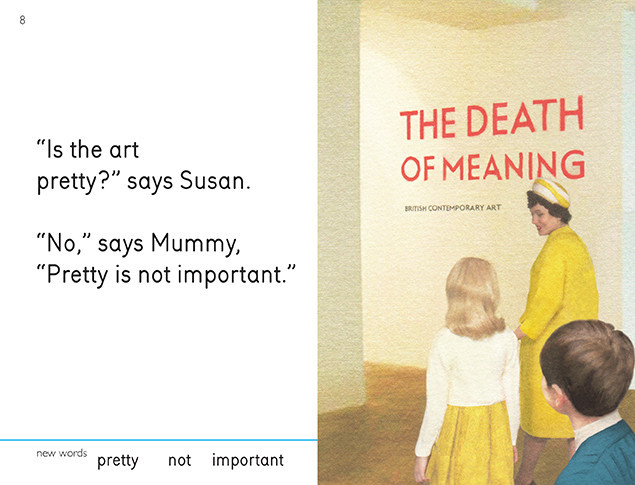