“Legislative oversight,” Weinberg said. “Without it, this bill [a bipartisan version now on Cuomo’s desk] is almost useless. We need to keep the legislatures of both states involved in what goes on. …I want Governor Cuomo to answer to me why he took that out of the bill.”

The legislative oversight provision originally existed in the bill.

“The Republican senators in New York wanted it out,” said state Senator Bob Gordon (D-38), who likewise wants the provision in, which is why he and Weinberg are pushing their own version of reform.

State Senator Joe Kyrillos (R-13) wants the bill on Cuomo’s desk, despite the absence of what Weinberg and Gordon want.

“I do know we have legislative oversight by virtue of being able to pass this bill already,” said Kyrillos. “We have subpoena power.”

He acknowledged past transgressions by the port and the need for reform.

“These commissioners have been lax,” said the ranking GOP senator. “This is going to be an effort that long lives past this crowd. We can only come back to these other points.”

“I thank you for acknowledging what went on there,” she said.

Kyrillos said the process has dragged on and New Jersey should support the New York-ready bill, but Weinberg insisted on the legislative oversight provision and said it need not be arduous. 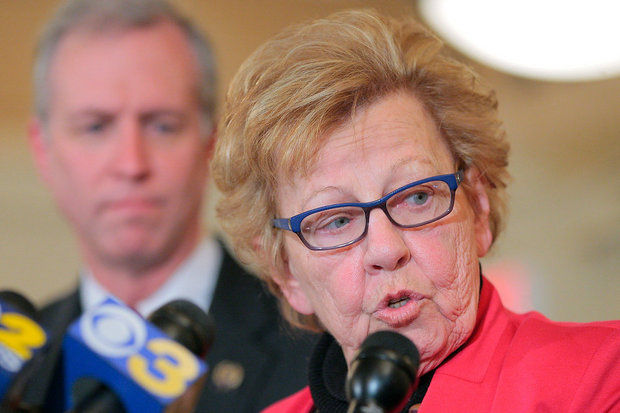