This piece originally appeared on Quora: What are the most common mistakes first-time entrepreneurs make?

Finally a question made for me. I don’t even need a belt to fit this question around my waist.

First, I have some credentials. I’ve failed at 17 businesses. I’ve succeeded at a few. But failed at most.

I’ve also run a $125 million venture capital firm and I’m currently invested in about 30 companies, many of which I advise or am on the board of, etc.

Oh, one thing before I answer the question: the companies that NEVER call me are always the ones that are doing the best.

I made lots of mistakes as a first time entrepreneur. In every possible way. And I see a lot of those mistakes repeated in companies I’m invested in. I keep telling myself to remember these. Maybe this answer will be a good way for me to remember.

Note: these are MISTAKES. So they are like double negatives.

A) START YOUR BUSINESS WHEN YOU ARE BROKE

Don’t start a company if you’re broke. This is not the same as “having no money”.

If you are fine staying on the floor of a friend’s house and living on nothing then you are not quite broke. You have food and shelter.

But if you have kids and a wife and a mortgage, etc (the other extreme) don’t go broke and start a business.

When I started my first business, I stayed at my full time job for 18 MONTHS before I left to become CEO of my startup full-time.

We had 12 employees by then and almost as many clients. In other words, I knew I could replace my salary and still pay my employees for at least six months even if everything went down hill.

Which leads me to….

I was on the board of a company once and when I read the monthly financials I realized the burn (the monthly loss in cash) was such that we would run out of money in six months.

I called the other board members. They hadn’t even looked at the financials.

I called the CEO. He said, “but we have six months!”

This is really really important: if you have six months, IT IS ALREADY SIX MONTHS FROM NOW.

What that means is: no matter what you do you will not be able to raise the money, do the legal, find the customers, do the work, get paid, or whatever you need to do – in six months time.

You are the walking dead and you don’t know it.

Here’s what we did. I called an emergency board meeting. We explained the situation to the CEO. He refused to believe it.

I called him separately and gave him ten different examples. He finally got it.

We fired a lot of people to reduce the burn. Somehow it didn’t reduce enough.

We hired a bank. We went to all the usual players. Everyone said no about buying us. They all were waiting for us to die. And then they would scrape us up for nothing.

Finally, someone bought us for a good amount 2x what we put in a few months ago. I don’t know why did it. I just thank god they did.

The CEO, who didn’t even realize he was going to go broke, made $6 million and moved to another country.

We officially sold the company the day before the company was going to run out of money. Six months after that first phone call to the day.

We have a cognitive bias to think that our own ideas are great ideas. It’s hard to admit that they won’t work.

Profits are the purifier of a business. That’s the best way you can tell you have a good idea. If people give you SO MUCH money that you have money left over.

Revenues are the next bests thing after profits.

And users are the next best thing after that.

If you are having trouble with any of the above three and this situation lasts more than a few months then you are smoking crack. You have to come up with a better idea.

This doesn’t apply to biotech or scientific companies that need to raise a lot of money. But it applies to every other business.

D) UNDER PROMISE AND OVER DELIVER

Yes, this is a MISTAKE first-time entrepreneurs make.

Your competition is over-promising.

Here’s what you can go wrong if you under-promise and over-deliver.

First off, anyone who over-promises is going to win the business. They might do a bad job but possession is 9/10 the law. They have the client and they can do things to fix the relationship.

Second, you might under promise and UNDER deliver. Then you’re just a bad vendor and they will eventually switch to someone else.

One thing: Over promise….and over deliver. Now you’re amazing. And the client is there forever.

Here’s the magic rule: talk to a new customer every day for 100 days. It doesn’t matter what you talk about.

Just call them and say, “how’s it going?”

Some customers might look at this and say, “I don’t want to hear from my vendor for 100 days in a rule.”

They are lying. They do. And they don’t know it.

You call and just say, “I always want to make sure I’m doing my best for you. Is all ok?” And then listen. And then say good-bye so you don’t waste their time.

Most startups don’t need to hire that many people. Like, don’t hire a secretary. Or a head of HR.

Wait, in each case, until you absolutely overwhelmed before you start hiring people.

Once you hire someone there is a world of S**& that you have to deal with. Personalities, fights, politics, disagreements, gossip, etc.

And, the most basic – they might do a bad job. A worse job than you would do because you are the OWNER and they are not.

By the way, being overwhelmed is a good thing. It means you have revenues, profits, or users.

Then you are allowed to hire people.

The best business I’ve ever started is when there was only one other person besides me. We started our first product for $2000. We sold eight months later for $10,000,000.

We outsourced almost the entire business (by the way, the one bad thing about this is that Google wouldn’t buy us because of this).

It’s not as good as it sounds. I’m an idiot and lost a good chunk of the money later.

But at least I didn’t hire anyone.

A lot of partnerships fail because there are no clear roles defined. Like, the two partners are “co-CEOs” so nobody knows who to talk to.

There have to be clear rules. I have a lot of examples. I’ll give one I’m dealing with right now. These are the roles of the founders:

I forget who is CEO. One of them. It doesn’t matter. Each is the final world on what he is good at.

You can even divide up equity equally according to categories like this (and so some people might fit into more than one category so they get more equity):

– made product
– raised money
– made sales
– manages people
– had the idea

That’s a sample. Not every business is structured so neatly but many are.

When I was in a business where we did not have clear rules over who made the final decision, it was a mess.

We ended up selling that company but now NONE of the original partners speak to each other anymore. We got lucky we sold that one.

If you have a product idea, and you love it, and all your friends tell you its great, don’t forget to test.

Let’s say your product is “protein ” – clear that has zero calories and 30 grams of protein. BAM! Seems like an amazing idea.

Put a Facebook ad up, with the design of the bottle and say, “30g PROTEIN “.

If noboody clicks, then you have a bad idea. If a lot of people click, then it’s a great idea.

This is one example.

But this is a very important side-rule that most people don’t believe:

Before you risk, test. Before you leave your job, have customers. Before you hire people, have money in the bank. Before you even create you product, test it.

I) WORRYING ABOUT STUFF YOU DON’T HAVE TO WORRY ABOUT

Too many people think they have to hire lawyers and accountants and make a logo before they even start their company.

Don’t do BS stuff. Start your company, make your product, see if people want it, repeat.

One company I don’t think I even incorporated until they day before I sold it.

Don’t have too many meetings. Don’t debate forever your list of values. Or your marketing slogan.

If you make something people want, then the sale is easy, and you have a company. Period. No matter what your slogan is.

So many people ask: but should we be an “S” Corp in Delaware. I don’t care. It has nothing to do with how much money you will make.

Believe in your product. Believe in helping your customers. Believe you can do it cheaply and always over-deliver and (repeating) HELP.

Be risk-averse. Hold onto your money. I can throw some stuff in here about don’t get bad investors but that’s really a different topic.

If you avoid all the mistakes above, then you will have a good shot at having a good business.

Trust me on this. I’ve seen a thousand businesses. You will have a good one if you follow the above ideas (or I should say, avoid the above mistakes).

J) HAVE SEX WITH EMPLOYEES

This is a really bad idea. Employees are there to help you get customers, deliver to customers, follow up with customers, and handle the running of your business.

Once you start having sex with them, all sorts of bad things happen. I’m not even kidding here.

And once one employee gets upset, that “upset-ness” spreads like a disease. Whenever an employee gossips badly about you, you have to fire them or the disease spreads.

This is what starts to happen once you start having sex with employees. I’ve seen great startups totally blow it because of this. Don’t do it.

There’s a lot of other things that can go wrong, but this is the top.

For instance, did you know its important to have a great relationship with your landlord?

How come? Because he has to approve if you sell your company. Because suddenly he has a new tenant.

But this is a small thing.

Good luck. And, seriously, don’t do what I would do.

What are some of the best quotes on entrepreneurship?
What are the best productivity hacks of startup CEOs?
What can people start doing now that will help them a lot in about five years? 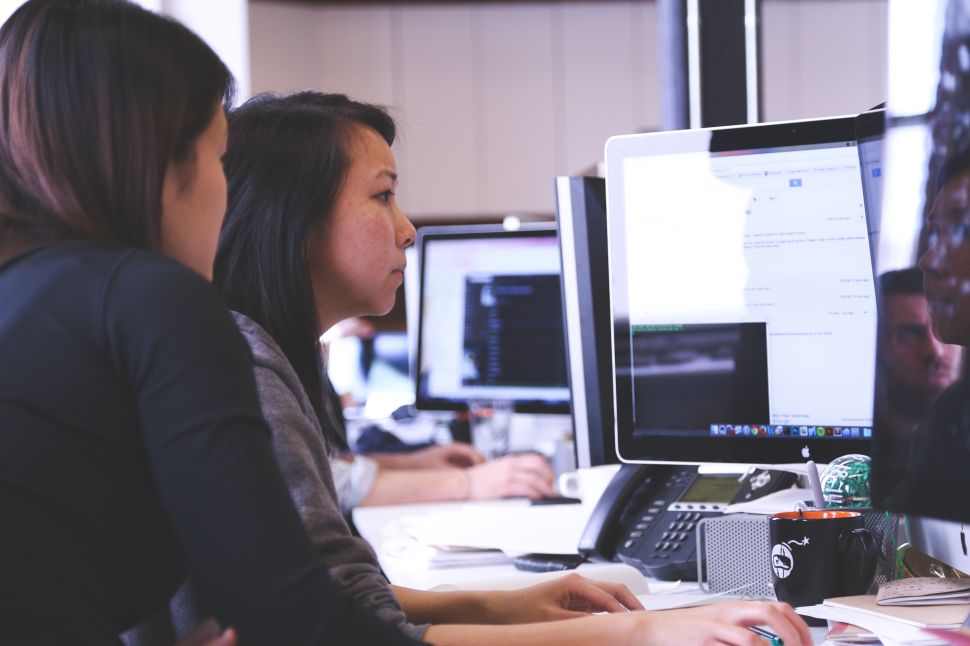