There’s a lot to consider when discussing a new Public Image Ltd. release.

First, John Lydon is one of the great icons of his time; just a wordless picture of him can be used to represent an era in Western culture, and how many people can you say that about? You certainly can’t say that about G.E. Smith.

I have absolutely zero hesitation in stating that John Lydon has never sounded better.

Secondly, PiL made one of the greatest albums of the last 60 years; on Metal Box (also issued as Second Edition), PiL threw an emptiness grenade into the claustrophobic bomb shelter of punk rock, blasting away walls of noise and creating the vast, open spaces where post-punk and everything that followed was built.

Thirdly, PiL’s first four albums (First Issue, Metal Box, the often overlooked Paris Au Printemps, and Flowers of Romance), each essential and each radically different from each other, demark the most startling and courageous work from any “mainstream” rock-era artist not named Bob Dylan or Scott Walker (and like Dylan and Walker, on each of these albums PiL utterly fucks with the idea of “persona permanence“—the notion that an artist has to release records that sound something like their previous records). Finally, the whole picture is complicated by the sometimes excellent but largely confounding work Lydon did under the PiL name from 1983 and 1992, when Lydon (and a rather large collection of musicians) made what was essentially state-of-the-art alternative rock under the PiL name.

What The World Needs Now is PiL’s second studio album since the band ended a 15-year-long hiatus in 2009. When Lydon resurrected the group, he clearly had the intent of invoking the explosively creative spirit PiL personified between 1978 and ’82. Although the “new” PiL does not contain any remnants of the lineup(s) that made the first four shocking records (aside from Lydon, of course), it does contain PiL veterans Lu Edmonds (guitar) and Bruce Smith (drums), two musicians with notably credible resumes that include (between them) the Mekons, the Damned, the Slits, and Rip Rig + Panic. In fact, I have always said that Lu Edmonds is to music what Akim Tamiroff was to film: his presence in a project virtually guarantees that something interesting is going on. In this sense, he is the anti-G.E. Smith.

Now, on to the business at hand.

What The World Needs Now is a terrific record; more confident, arrogant, surprising, consistent and artistic than 2012’s rather fine This Is PiL (which hewed just a little too closely to evoking the group’s past), the new album validates the idea that PiL are a vital and evolving art rock band with an identity entirely separate from both the Sex Pistols and the more “commercial” ’83-’92 ideations of PiL.

Having said that, What The World Needs Now gets off to a slow start. The two songs that lead off the album are not only the weakest tracks on the record, but give a misleading impression of the rather amazing experience to follow. Both “Double Trouble” and “Know Now” evoke an overdriven, tightly wound Leeds-esque post-punk bi-chordalism (which is to say they sound like first-album PiL-meets-Gang of Four); I know that sounds good, but there is an incomplete and almost obligatory feel to these two cuts, and they seem distressingly shallow.

There’s every sign that John Lydon may be gaining serious artistic momentum as he gets older.

The album really takes off with track three. Instrumentally, “Bettie Page” is icy-cool, dead simple and recalls the arpeggiated moodiness of Siouxsie and the Banshees or Faith-era Cure (oh, we love us some Faith-era Cure). Here (and throughout the album), I’ve never heard Lydon assume so many different vocal styles—on this song alone, he alternates an almost Bowie-esque baritone with a variety of character voices that sound like Simon Pegg imitating Fred Schneider (really).

From “Bettie Page” forward, What The World Needs Now is a wonderful and strange ride, a (mostly) smooth glide on a silvery post-punk Airstream piloted by a witty, mercurial and neurotic man. Displaying a wide yet convincing arsenal of vocal identities, I have absolutely zero hesitation in stating that Lydon has never sounded better, an elder statesman of two movements—punk and post-punk—at the top of his game. Based on What The World Needs Now, there’s every sign that Lydon may be gaining serious artistic momentum as he gets older.

Although the album’s standout track is “The One” (a lightly skipping very British pop song, if we define pop as something triangulated by Elbow, Madness, and Orange Juice, and completely unlike anything PiL have ever recorded), the album is, in fact, full of highlights: “Big Blue Sky” sounds like Blue Nile and Scott Walker collaborating on a Metal Box-era PiL song, and indicates that PiL may have been listening to the textured, shifting ambience of Peter Gabriel or Kate Bush while making this record; on “Corporate,” Lydon bemoans the state of humanity with the same passion he applied to “Annalisa,” over a Wobble-like bass throb and a pile of well-applied Doctor Who sound effects; and “I’m Not Satisfied” revisits the ’79 post-punk conventionalism of the album’s overdriven opening tracks, but with a desperate, deeply emotional rasp and affect.

Having seriously fucked with our expectations of what John Lydon should sound like, Lydon takes it full circle on the album closer, “Shoom.” Backed by an almost Kraftwerk-ish slow-motion boots’n’pants throb, he does a very deliberate parody of his most “famous” voice—in fact, he sounds like Keith Allen doing Johnny Rotten. As if to underline the album’s continuity with the original spirit of PiL, “Shoom” ends with a reverb on the word “Fuck off!” that is obviously modeled after the vocal effect on the word “Goodbye!” at the end of PiL’s very first, eponymous 45.

What The World Needs Now may allude to the past by frequently employing post-punk’s cool arpeggios, thronks and shudders, but in 2015 we find PiL and its leader making an album that is elegant and brittle, aggressive and warm, deeply simple but deeply inventive, and doing things this old band has never done before. Despite a slightly shaky start, What The World Needs Now is PiL’s most surprising—and best—album in a generation. 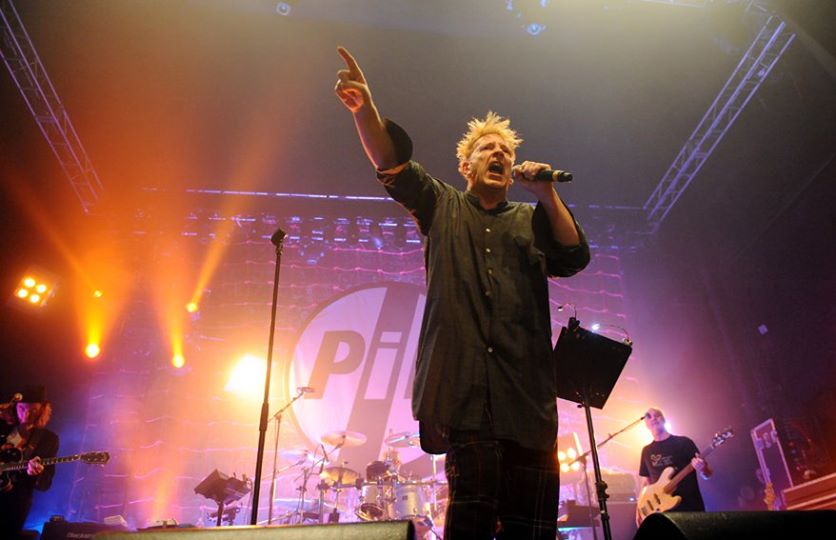