The Sanders surge of summer has continued into September with independent polling now beginning to find Bernie Sanders leading Hillary Clinton in the Iowa caucus and the New Hampshire primary while he continues to close the gap in national match-ups.

The malaise that has gripped the Clinton campaign has likewise continued from summer to September, with her unfavorable ratings among voters rising to levels that should be alarming to her campaign managers, while polling suggests she has lost all of her once-considerable lead against all potential GOP opponents.

Please note this is a news analysis discussion of the kind that once often appeared in newspapers such as the New York Times, discussing and analyzing major news events, and not an op-ed arguing in favor of results that the writer would prefer to happen.

Objectively, why has the Sanders campaign surged and Clinton campaign sunk during the last three months of campaigning?

It is a fact that Sanders’ poll numbers have steadily risen, small donations to the Sanders campaign have soared, crowds at rallies for the Sanders campaign have been substantially larger than crowds for any other candidate in either party, and the mainstream media has begun to give Mr. Sanders far more favorable attention which augurs well for his next round of polling, crowds and small donations.

Most political analysts agree that Mr. Sanders will do even better than his polling suggests on primary and caucus voting days because of the great enthusiasm and commitment of his supporters, and many privately believe he is now the frontrunner in both Iowa and New Hampshire though he faces major challenges in states that come later in the primary season which future events will determine whether or not the Sanders campaign can overcome.

His improving polling, strong small donor fundraising and large crowds suggest there has developed what can fairly be called a magic to the Sanders campaign. The reason is that in an election year in which voters are revolting against political insiderism, crony capitalism, an unfair economy and a perceived general phoniness of conventional politicians Mr. Sanders has become the Democratic candidate of the outsiders against the establishment, greater economic fairness against a rigged economy, and the true authenticity of a candidate who publicly says exactly what he deeply believes.

There is no doubt that the data clearly proves that within the Democratic party there is a powerful and dramatic wave of progressive populism and liberalism. In opinion pieces I have argued that this view reflects a majority of American voters generally, an assertion that will be proven or disproven by whether Mr. Sanders continues his improvement in match-up polls against Republicans as he becomes better known to voters.

He is a sincere, credible, authentic voice for a progressive populist vision of America.

In other words the clear public perception of Mr. Sanders from those who know him—whether they agree with him or oppose his views—is that he is a sincere, credible, authentic voice for a progressive populist vision of America.

By contrast the declining poll numbers and abnormally high levels of public disapproval and distrust directed towards Ms. Clinton can fairly be called a malaise that must be overcome for her candidacy to succeed. What are the causes of this malaise?

It is a fact that after she left the State Department Ms. Clinton made a number of very highly paid speeches to special interests, including big banks, and then got into political trouble when she first justified those speeches by saying she was “dirt poor.” Her polling numbers declined by about 10 points because of this episode.

It is also a fact that when Ms. Clinton was Secretary of State she exclusively used private emails and servers, and from the moment that mistake was publicly disclosed until this week the episode has dominated the news around her and she has walked an excruciatingly long path towards the apology that was ultimately forthcoming this week.

Whether one believes that the email issue deserved to be as significant as her opponents and the media have played it—and I have argued in opinion pieces that it has been dramatically overstated—-the facts of the matter prove that this episode has driven her favorable and trust numbers down by another 10 percent or so regardless of who is right about the intrinsic long term importance of the issue.

Each of the two leading Democratic candidates has an opportunity to overcome their great challenge in the coming months.

To understand the source of what I call the current Clinton campaign malaise, lets consider the events of Thursday.

I wrote an opinion column for The Hill on Thursday titled “Big Truths About Hillary” where I discussed her vast qualifications for the presidency. I believe and stand by every word I wrote in that column. But …

Within hours of that column running in print, Ms. Clinton, who had been saying for months that she is a progressive and using populist rhetoric such as calling big bankers “robber barons,” was campaigning in Ohio and saying that some people suggest she is a moderate and centrist and to that “I plead guilty.”

Setting aside the ill-chosen words about pleading guilty, when Ms. Clinton says she is a moderate and centrist she is also saying that she is not the liberal, progressive or populist she had been telling Democrats she was during the last several months.

These are not unimportant words a candidate uses to describe her core political philosophy, and as much as I admire and respect Ms. Clinton, any serious news analysis must emphasize that this is a textbook case of how a candidate can make herself even more distrusted.

I will close this news analysis for today by reporting that it is the virtually unanimous opinion of every high level Democrat I speak with regularly, including some who are large donors to the Clinton campaign and publicly identified as strong Clinton supporters, that either Ms. Clinton will solve her trust problem or her campaign will prove to be fatally flawed. And it is the virtually unanimous opinion of well-placed Democrats, including many with great admiration for and philosophical agreement with Mr. Sanders, that he must broaden his support well beyond his current base or he could prove to be an electoral disaster for Democrats if chosen as the nominee.

Each of the two leading Democratic candidates has an opportunity to overcome their great challenge in the coming months, and if one of them does, that candidate could well be nominated and elected. If neither of them does, there is virtually unanimous talk from Democrats behind the scenes that there may be an urgent need to find Plan B before the Democratic National Convention next summer because magic alone is not enough and malaise is not a formula for victory. 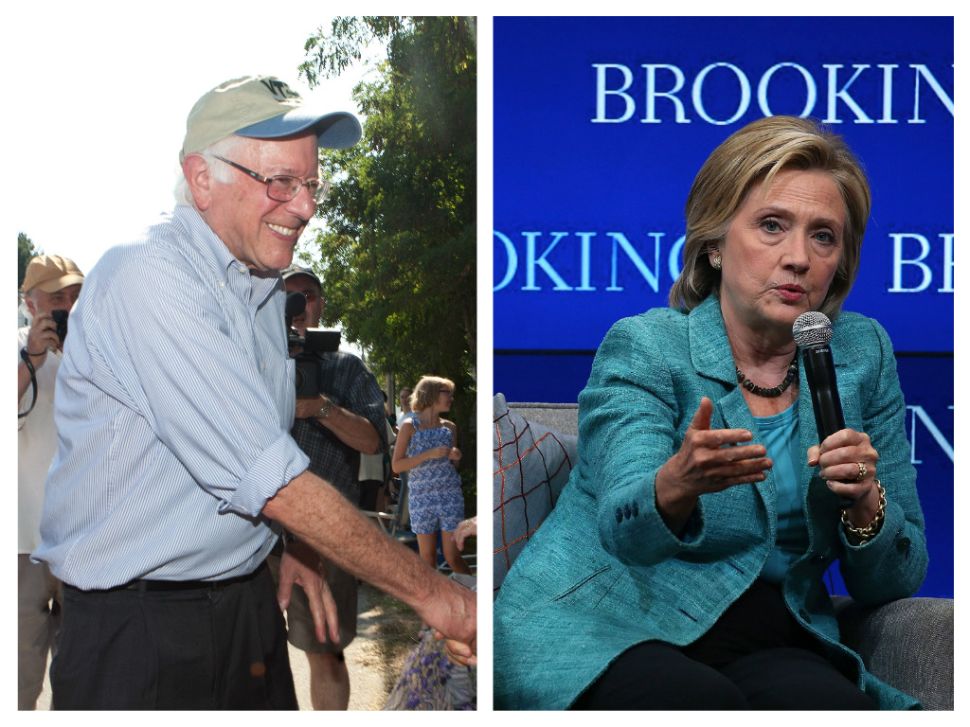