In the summer of 1972, one of the city’s newspapers did an informal survey to see what patrons in local bars were watching on TV. It was a time before sports bars existed, yet it seemed reasonable to assume that most would be tuned in to watch the New York Mets, who were still in the pennant race, though they would eventually slump to third in their division. But the Mets were an afterthought. Barely anyone was watching them.

Instead, most of the TV’s were tuned to PBS Channel 13, where a man named Shelby Lyman, a 35-year-old sociology professor with a cocker-spaniel face, stood in a dark studio in front of a large demonstration chessboard, pieces for the board spilling out of his pockets, talking about a match taking place in the tiny country of Iceland, 2,700 miles away.

The match was for the world championship and pitted the American Bobby Fischer against the reigning champion, the Russian Boris Spassky. Called the Match of the Century, the contest had all the elements that made for great theater.

There was the backdrop of the Cold War, with the Americans and the Soviets struggling for supremacy on a real chessboard instead of a political one. There was the outsize persona of an iconoclastic, irascible, unpredictable loner American trying to take down the Soviet establishment like some sort of gunslinger out of the Wild West in the days of yore. And there was money. The prize fund of $250,000, roughly $1.5 million in today’s terms, put it on par with major sporting events.

Pawn Sacrifice, a new movie directed by Edward Zwick and starring Tobey Maguire as Fischer and Liev Schreiber as Mr. Spassky, which opens September 16, recounts Fischer’s rise to prominence while growing up in Brooklyn and the tense atmosphere in Iceland during the match. More of a psychological portrait of Fischer than anything else, the movie does not focus on the effect the match had on Fischer’s hometown. But there was a story there, too. Against all odds, and like something out of an episode of the Twilight Zone, New Yorkers were transfixed and the atmosphere in the city, at least when it came to chess, was electric.

At one point, Bobby Fischer fielded a call from Secretary of State Henry Kissinger who urged Fischer to play, saying it was his patriotic duty.

ABC pre-empted regularly scheduled programming to bring ABC sports specials on the match. It sent LeRoy Neiman, the celebrated sports illustrator, to Iceland to do sketches of the players and the venue. When he got back, he said, “I thought that going up to that chess match would be like watching the grass grow. But it was far more exciting than I ever expected it to be. It was just like the Ali-Frazier fight all over again.”

Clumps of people gathered in front of department store windows to watch the live “action” on TV’s in their windows. The electronic zipper running around 1 Times Square broadcast the latest results in each contest.

Dick Cavett, who had Fischer on his show, both before and after the match, said of it, “It was the Super Bowl. The audiences were gigantic. People stayed home from work.” The match and the television show at its peak were watched by up to 2 million people in the city (becoming the highest-rated public television program of all time).

Andrew Soltis was a young reporter at The New York Post at the time. He was also a master-level chess player who would later become a grandmaster. His bosses at the Post asked him to write daily updates about the match and, after it ended, he continued to write a weekly column—which he still does, though he retired as a full-time journalist last year. He remembered how unusual the atmosphere in the city was during the match.

“Before ’72, if you took out a chess magazine or a chess book on a subway, people thought you were crazy,” Mr. Soltis said. “But during the match, people were looking over your shoulder.” In bars, “People were making bets on what would be the next move.”

Chessboards bloomed like flowers in the living rooms of every fashionable home and models and stars in magazines posed next to chessboards, trying to look alluring, or at least like they understood the difference between a queen and a pawn.

Allen Kaufman, who was vice president of the Marshall Chess Club, and who later became executive director of the American Chess Foundation, said that everywhere he went at that time, if people knew or heard that he had a connection to chess, they would immediately start talking to him. “All kinds of people who knew nothing about chess were fascinated by it because of the East-West aspect of the match and because there was this strange kid from Brooklyn who was trying to topple the Soviets.”

Dr. Anthony Saidy, an international master, said, “The city was clued into chess. We players were in seventh heaven.”

Dr. Saidy played a critical role in the match’s history and had a front row seat for some of the madness in New York. At the time, he was a friend of Fischer’s and was living in California. Prior to the match, Fischer was in California and hemming and hawing over whether he would play. As the day approached for the match to start (July 4), Fischer was not budging. Finally, Dr. Saidy suggested that they travel to New York City together, at least so that Fischer would be closer to Iceland if he decided to go. Fischer agreed.

Soon after he arrived in New York, Fischer went to JFK to leave for Iceland, but he was spotted there by a news photographer, became frightened for some reason and fled. He ended up staying/hiding out in the Saidy family home in Douglaston, Queens. The street outside the home was soon filled with TV crews and journalists.

It turned out, said Dr. Saidy, that Paul Marshall, Fischer’s attorney, who is played by Michael Stuhlbarg in the movie, alerted the media to where Fischer was staying “in an effort to smoke him out.” The journalists were not above using subterfuge to try to get an interview with Fischer. He remembered Pia Lindstrom, Ingrid Bergman’s daughter, who was a TV journalist, ringing the doorbell to ask if she could use the bathroom.

The phone at the Saidy home started ringing off the hook. At one point, he fielded a call from Secretary of State Henry Kissinger who urged Fischer to go, saying it was his patriotic duty. After an English financier named James Slater doubled the prize fund to $250,000 (it had been $125,000, which had been one of Fischer’s complaints), he relented and flew to Iceland. The match started on July 11.

Membership at the Marshall and Manhattan Chess Clubs, the city’s best-known clubs, almost tripled overnight. Players who were masters but who had never been able to make a living at chess suddenly had new careers. Bruce Pandolfini, a 24-year-old fledgling poet and longhaired stock boy at the Strand who occasionally went on the show was among them. He was soon charging $15 an hour for lessons, which was five times what he had been making at the bookstore.

“There were groupies—people who would just sort of follow you,” he said. “I got invited to a little gathering and John Lennon and Yoko Ono walked in. He found out I was this chess guy and he told this joke about Fischer. I wish I could remember the joke, but I was too much in awe.”

The match lasted for nearly two months. On Friday, September 1, 1972, after Mr. Spassky resigned the last game of the match and Fischer became champion, John Chancellor, led off NBC Nightly News thus: “Good evening. We’ll have more on the developments in the Watergate bugging case, we’ll hear George McGovern talking about tightening up his campaign organization, and we’ll have a look at the new unemployment figures, but first Bobby Fischer.” 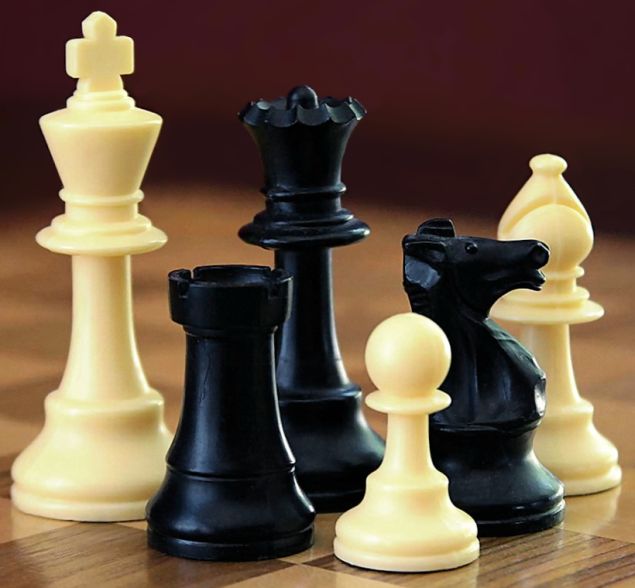 Fischer returned to a hero’s welcome in New York City. There was no ticker-tape parade, but there was Bobby Fischer Day at City Hall, hosted by Mayor John Lindsay. During the match and afterward, new clubs and training academies opened up around the city. But, attention paid to the match faded, and Fischer, who was naturally antisocial, began to retreat into self-imposed exile, eventually giving up the title and then, decades later, becoming rabidly anti-American and anti-Semitic. (In interviews, he dubbed the 9/11 attacks “wonderful news.”) So, chess faded as a focal point for the city. He died in 2008. Many of the new clubs closed. But “there was a permanent residue,” Mr. Kaufman said.

Some people, like Virginia D’Amico, who was 14 at the time, took up the game and stuck with it. She went on to become one of the country’s top women players. She is now married to Asa Hoffmann, a master, who used to regularly play blitz chess with Fischer in the 1960s.

Mr. Pandolfini continued with his career as a chess teacher and eventually became somewhat celebrated in his own right as the teacher of Joshua Waitzkin, whose life as a chess prodigy was immortalized in the 1993 film, Searching for Bobby Fischer. (Sir Ben Kingsley played Mr. Pandolfini.)

Mr. Pandolfini said that there had been a boom in scholastic chess in recent years in the city and that tens of thousands of children now regularly play the game. He attributed part of that to the original Fischer boom because their parents were first attracted to chess in 1972 and now have gotten their kids involved.

“I am glad that I found [chess] teaching and that teaching found me,” said Mr. Pandolfini, who will turn 68 the day before Pawn Sacrifice opens. If he hadn’t, “I would have continued to write bad poetry.”

Dylan Loeb McClain covered chess and other subjects for the New York Times. He is a master level player (FIDE rating of 2320) and lives in France. 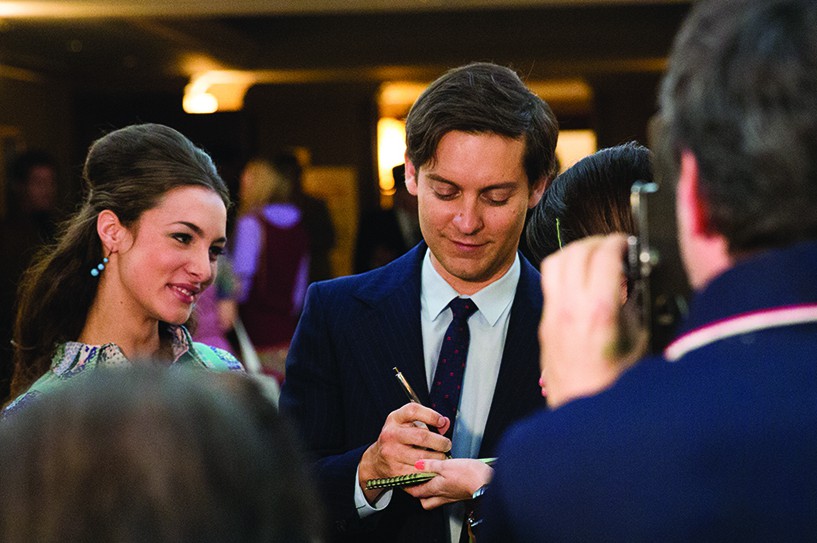