While the once promising campaign of Wisconsin Gov. Scott Walker flamed out today in stunning fashion, an endorsement from the candidate—as well as support from the operatives and donors who backed him—will still hold some appeal for his rivals.

It’s not clear yet who he will back, but one meeting with a small group wealthy donors in New York could lend some insight into his decision-making. Back in March, when he was still a front-runner, Mr. Walker proclaimed that a “new fresh face” was needed to win the White House.

“Third and most importantly, we need someone with a proven record of courage to take on the challenges. None of the other candidates listed right now can check off those three boxes,” he added, flexing surprising muscle in New York.

These remarks were delivered before the rise of Donald Trump and Carly Fiorina, who could fit Mr. Walker’s “three boxes” criteria. They’re new to politics and Washington outsiders. It’s possible that those “outsider candidates” have the best shot at landing the endorsement of a governor who battled the Democratic establishment in his home state when he severely curtailed the power of labor unions several years ago, though each could easily fade in the months to come. It’s also possible establishment favorite Jeb Bush won’t land–or want–Mr. Walker’s nod.

In his meeting at Elliott, Mr. Walker described the 2012 field as a “game of whack-a-mole” in which lesser candidates like Newt Gingrich, Herman Cain and Rick Santorum–who is running a long-shot bid this year as well–kept rising to challenge the front-runner and eventual nominee Mitt Romney. Mr. Walker’s campaign looked strong out of the gate because some pundits believed he could unite establishment Republicans with the party’s grassroots, evangelical wings.

Poor campaign performances, lackluster fundraising and the rise of Mr. Trump seemed to doom him, however.

There will be a scramble for Mr. Walker’s deep pool of donors and operative talent. His Iowa team was led by David Polyansky, who managed Sen. Joni Ernst’s come-from-behind victory last year. His financial backers include Michael David Epstein of Maryland, who was a key supporter for George W. Bush and is well-regarded among Republican Jewish donors and activists. 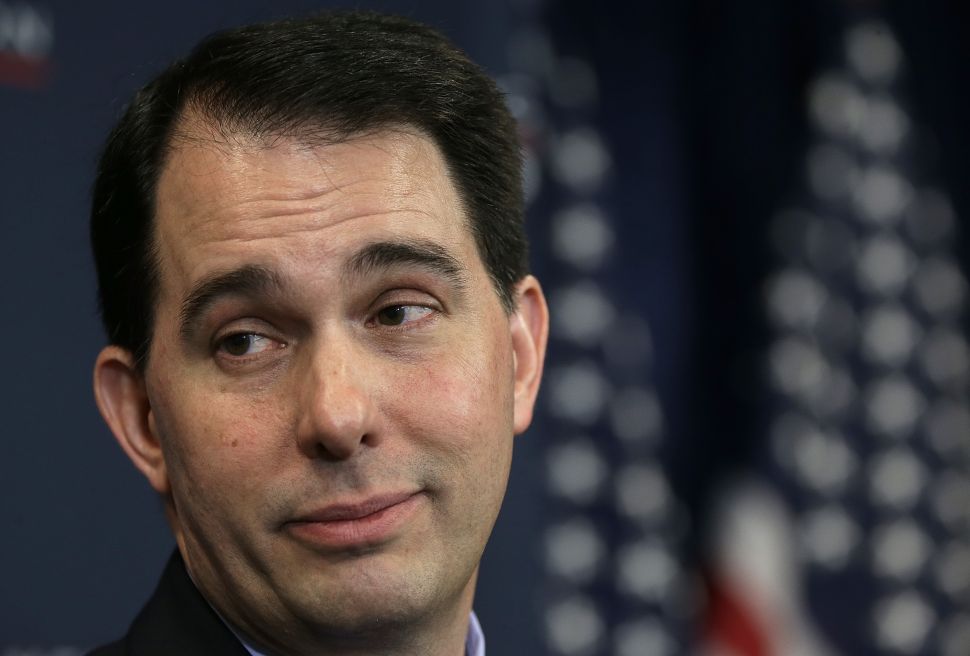