Perhaps a New Deal moment is at hand. Fight for 15, the campaign to raise the minimum wage of fast-food employees, has rocked the country. Hillary Clinton now touts collective bargaining—a subject on which leading Democrats have been silent for years. The National Labor Relations Board has just threatened the “new” U.S. corporate model—it held that big companies could be liable for employees of all the little subcontractors they use. And Scott Walker’s anti-labor populism is losing out to Donald Trump’s populism, which doesn’t target labor. Meanwhile, Ms. Clinton’s primary opponent, Bernie Sanders, is running openly as a socialist.

The right to join a union is still a long way from a civil right—that is, one as effective as the rights protected in the Civil Rights Act, with the same kind of penalties. That is truly what labor needs. Meanwhile, stepping off the barricades here, I’d like to make a pitch for labor to those who may regard it as a threat.

First, we need a labor movement just as an instrument of economic policy; we need a right to bargain to keep up a decent level of aggregate economic demand. After all, how has it worked without labor? We go from bubble to bubble, from shock to shock. Sooner or later, many Americans have to take on way too much debt. And while one might scoff at the moment, there is trouble ahead. The young leverage themselves for college diplomas like the way their parents took on mortgages. And even if they weren’t running up debt, there are other danger signs. We have far more children born in poverty than we did 10 years ago. They aren’t going to spend.

How long can this continue without a wage increase?

Second, we need a labor movement to force companies to invest in skills. Look at the workforce we are creating—the freelancing, the temps, the independent contractors. No one is training them—they’re at entry level forever. There is no career ladder to climb. In the end, that means lower productivity and lower growth.

And without a skill-based economy, there will be less innovation, whether or not an occasional Steve Jobs appears. Our idea of innovation now is Uber, but the only true innovation here is just a new and innovative way of exploiting people who have no rights. If Uber is a taste of the “innovation” of the future, this country is going to be a miserably Dickensian and low-wage place.

Third, we need a labor movement to help bring down our destabilizing trade deficit—and indeed cut into the trade surpluses of our rivals. How long before we recognize that these imbalances are destabilizing not just the U.S. but the world economy as well? I’m not calling for a labor movement to make us more protectionist in any crude way. Rather, a labor movement like that of Germany might be more of a partner in running our firms. In Germany and some of the other northern European countries, workers elect some of the directors of corporate boards. Their very presence helps ensure at least some kind of investment in what Keynes called “the construction of durable goods” rather than financial speculations.

Finally, we need a labor movement to bring more rationality to our country’s political life. The one great thing about a labor movement is that it leads members to think rationally and incrementally, in terms of dollars and cents, pensions and vacations, sick days and maternity leaves. In the end, it tamps down the amount of free-floating rage. We might have a less hysterical political culture. And it might lead to the kind of bargaining between the parties and rational political outcomes that the country used to see.

Labor lawyer Thomas Geoghegan is author of Only One Thing Can Save Us: Why America Needs a New Kind of Labor Movement. 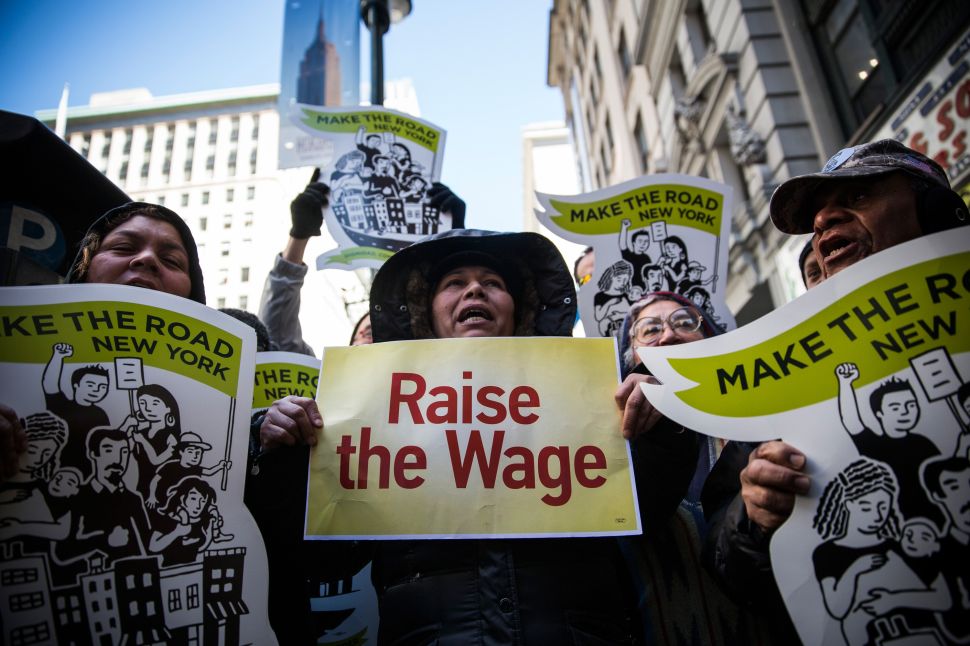