On a Broadway stage where, for almost 18 years, a feline sang “Memory” eight times a week, a throng of elementary school students will swarm this fall around an unkempt and unlikely substitute teacher. In uniforms with stiff collars and high socks, and with wide eyes, they’ll watch as the sub straps on his guitar and begins to teach them history: music history, that is. The history of rock and roll.

The irony of this scene isn’t lost on composer Andrew Lloyd Webber. After decades of song cycling through crooning cats, the Bible, operatic phantoms and a drama with Madonna, composer and musical theater legend Mr. Lloyd Webber is going right back to the Winter Garden Theater, going back to school and going back to rock.

School of Rock, a musical based on the 2003 film starring Jack Black, and opening for previews November 2, is the newest work from Mr. Lloyd Webber’s hit factory.

“When I saw the film ages ago, it had a great kind of resonance with me because I do believe that music is a liberating and empowering force for kids,” the seven-time Tony, three-time Grammy and Oscar-winning composer Mr. Lloyd Webber told the Observer. “I always thought it was a great movie and a fun movie with a simple story—but a really lovely story.”

The musical is brought to Broadway by quite the eclectic creative team—music by Mr. Lloyd Webber (whose resume includes some of the world’s most popular and most lovingly mocked long-tooth musicals: Cats, Phantom of the Opera, Evita), with lyrics by Glenn Slater (Tangled, Sister Act), book by Julian Fellowes (Downton Abbey) and direction by Laurence Connor (Les Misérables).

Along the way, an interesting choice was made: “I was approached to see if I’d be interested in producing it or writing a few new songs for it and I thought, ‘Yes, it’s really quite interesting,’ ” explained Mr. Lloyd Webber. “As I got into the project, I realized…there was actually a lot less music in the film than one really remembers. In the film, we only hear the songs for 15 or 20 seconds.”

‘We are not doing the [classic rock] songs as they were on the album,’ said the composer, who is penning much of the rock and roll himself.

So, throughout the Broadway musical, there will be references to rock and to the classic songs from the movie by such bands or performers as The Doors, Led Zeppelin and Stevie Nicks, but “we are not using the songs as they were on the album,” he said, but only in snatches, if at all. The songs in the musical are originals. “It’s not of interest to me to do a jukebox musical,” Mr. Lloyd Webber said. “I didn’t feel it was worth it.”

Still, in the canon of rock that teacher Dewey Finn drills his student on, there is Blondie, David Bowie, The Ramones, etc.—but no Lloyd Webber. Is it possible that the legendary composer has become George Lucas-ed—i.e., so powerful nobody has the nerve to tell him he hasn’t come up with a  good idea?

The composer, who in 1992 was knighted by the Queen for his talents, stressed: “I want to be as faithful as I possibly can be to the spirit of the film.”

Mr. Lloyd Webber noted that he is simply returning to his roots. He first gained acclaim in America for the powerhouse rock opera Jesus Christ Superstar (written with Tim Rice), a retelling of the relationship between Jesus and Judas with plenty of electric guitar and the pop hit “I Don’t Know How to Love Him.”

And he’s having a grand time getting back into the genre. “It’s been fun actually [to go back to writing rock],” Mr. Lloyd Webber said. “For me, the project has been fully of joy and a great, great process.”

School of Rock will be Mr. Lloyd Webber’s first show opening on Broadway before a stint  on the West End since Superstar in 1971. Mr. Lloyd Webber decided it was a better fit for an American stage because of the more relaxed child acting laws, America’s love of rock and the popularity of the film here.

The heart of the story remains the children who form the band, who tip their cellos sideways and then rock out on the bass. Mr. Lloyd Webber was adamant that the kids were able to play the music live, and after open auditions across the country, the team found its talented young cast.

Said Mr. Lloyd Webber, “They play their instruments and everything is live. It’s almost magical when you realize that these very, very young kids are playing music.”

Said Alex Brightman (Big Fish, Matilda) who plays the Jack Black character, Dewey Finn, “You meet these kids and they’re not kids. They are people that happen to be much younger than I am. They’re very nice and very talented—talented on a different level because they play instruments better than half the people I’ve ever seen play. They’re reincarnations of rock stars.”

The enthusiastic and sarcastic Mr. Brightman (no relation to Sarah Brightman, the composer’s ex-wife) follows an iconic, Golden Globe-nominated turn by Mr. Black as the scruffy, but lovable substitute teacher/musician. “[My performance] is in the same town as Jack Black, just on a much different avenue,” Mr. Brightman said. “He is—whatever he is, because I don’t want to classify him—freaking brilliant, and then I’m more of the sardonic, a little more contemporarily edgy. I think we’ve found something wildly different but definitely has the essence and certainly there are moments where I’m paying great respect to him.”

The musical also aims to show the value of arts education for children. Promoting music education—in School of Rock and through his foundation—is crucially important for Mr. Lloyd Webber. “Music liberates the children to understand,” he said. “It is a fantastic basis for them to begin to understand things, like math… I can’t claim that I’m an expert in this, but I find it fascinating.” 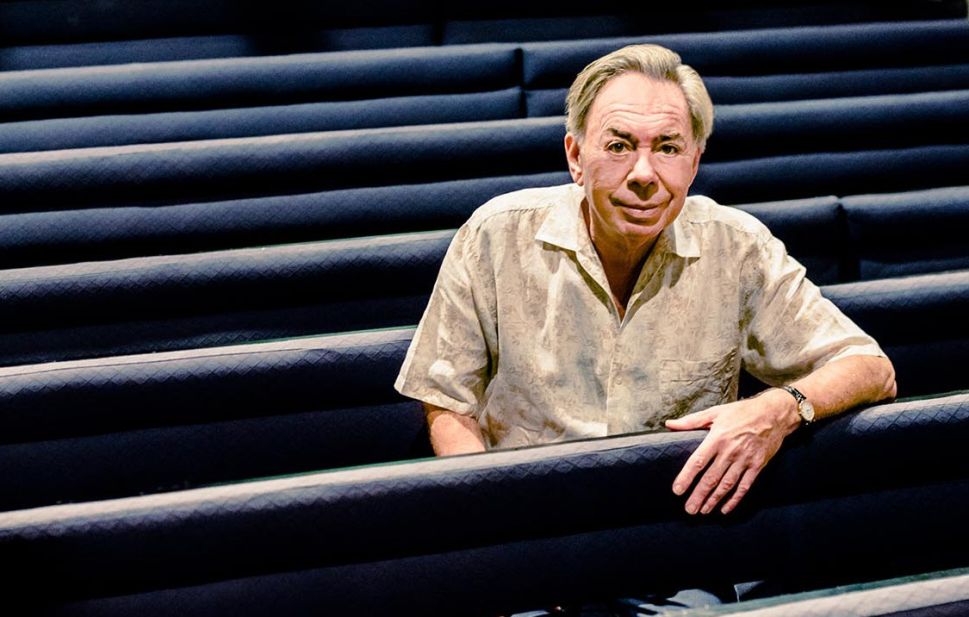