Five Chinese navy ships are currently operating in the Bering Sea off the coast of Alaska, The Wall Street Journal reported Wednesday, marking the first time the U.S. military has seen them in the area. Why the sudden interest?

Because the Chinese have been studying the cycles. From generational theorists William Strauss and Neil Howe, they have learned that political/cultural cycles last only 65 years, and then they collapse, cycles first observed by Taoist monks and Roman philosophers. And China is exactly 66 years advanced since the Chinese Communist Revolution of 1949. In terms of generational cycles, China is on the eve of destruction. (In terms of the Strauss/Howe theory, so are we.)

The Chinese have been studying Western theories and economic cycles like the Elliott Wave, which suggests that the life cycle of a dominant currency has its limitations, and the American dollar cycle has ended. They have been studying economist Harry Dent, investment gurus Jim Rogers, Marc Faber and libertarian Ron Paul, seen often here only in the shadows, and understand that America is at a full economic transition, potentially a catastrophic cultural turning.

They have been reading Nicholson Baker’s day-by-day account, Human Smoke: The beginnings of WWII, the End of Civilization. They understand fully, without Western sentimentality or illusion, what comes next at the end of the economic cycle: total war.

Would Americans in the Lower 48 defend Alaska? Canada? Or would we instead deal Canada away to avoid war below and “find peace”?

And they know that they have every advantage, for so many reasons. The first might reach back to 1913, when the 17th Amendment was approved in America. It focused power in New York and Washington and nullified the natural rise and development of states and regions into indigenous republics or “laboratories of democracy,” the phrase used by Justice Louis Brandeis. But it created in time a vast meandering horde wandering without fences, formed by Hollywood light and sound, answering to no one, or anyone. It was one of the early Tea Party initiatives to put the fences back, but it is now too late and not enough.

They understand the “lessons of Vietnam”: here in the age of the individualized common man where every woman or man can be emperor, it is not just the rich who will not fight, not just the connected who will avoid service (Dick Cheney had five military deferments in the Vietnam era). Almost no one will fight and those who do will be despised.

And although nostalgico generations celebrating Franklin D. Roosevelt (like Bernie Sanders) still romantically view us as unified (largely European) minions formed by great Hollywood figures—Frank Capra, Howard Hawks, Gary Cooper in movies like Sergeant York—we no longer are. We view ourselves today as “totalitarian lite” benevolent world conquerors and everybody wants to be like us (except the Chinese and Russians). Arkansas senator Tom Cotton today calls for “global military dominance.” But we have no temperament for war. Scholarly studies report that just one percent of current residents of New Jersey have served in military since Vietnam.

Secretary of State John Kerry’s appeasement of the Ayatollahs in the Iran deal comes as no surprise. Not to China, which carefully plans its next steps in the now-permanent relationship with the war-weary and wary West.

Jim Webb, warrior/scholar, former Virginia senator and presidential candidate, has been watching this a long time.

“From this point forward,” he wrote in The Wall Street Journal back in 2001, “no one should doubt that our over-investment in the economy of a nondemocratic and ever more aggressive nation has seriously compromised our ability to conduct foreign policy in the world’s most dynamic region. And the fact that we have become vulnerable to a Chinese military modernized through the benefits of our own technology should give all of us pause.”

Webb prefaced his article with a quote from Sun Tzu, in The Art of War: “Draw them in with the prospect of gain, take them by confusion. Use anger to throw them into disarray.”

It is safe to say today that we are now passed the “draw them in” phase and entering into the “take them by confusion” phase and that is what the Chinese ships are doing off the Alaskan coast. Soon ahead, the “use anger to throw them into disarray” phase.

Possibly we would come together in defense today if an outside invader approached the United States (Lower 48) either from China on one side, or Russia on the other. But would Americans in the Lower 48 defend Alaska? Canada? Or would we instead deal Canada away to avoid war below and “find peace”? As our long, intimate, historic relationship with Israel disintegrates almost overnight, general secretary of the Communist Party Xi Jinping thinks he knows the answer.

Most Americans who have never seen Dougie Gilmour crawl off the ice with a broken leg in his last day on ice, have never been to Tim Hortons or canoed the mystic Canadian wilderness, think Canadians are silly, preoccupied only with hockey. Scott Walker, governor of Wisconsin, who wants to be president, fully personifies this dangerous American narcissism: he wants to build a fence not only across the border with Mexico, but one across the border with Canada, as well. But Canada, and Alaska, are absolutely vital to America’s defence, even to our very existence.

That President Obama is the first American president to cross into the Arctic Circle is astonishing. That tells the Chinese, and the Russians who planted the flag at the North Pole and declared it to be their own well back in 2007, virtually everything they need to know about our relationship with the Great White North.

That is where they must start in the next phase of civilization between China, Russia and North America: Using “anger to throw them into disarray.” 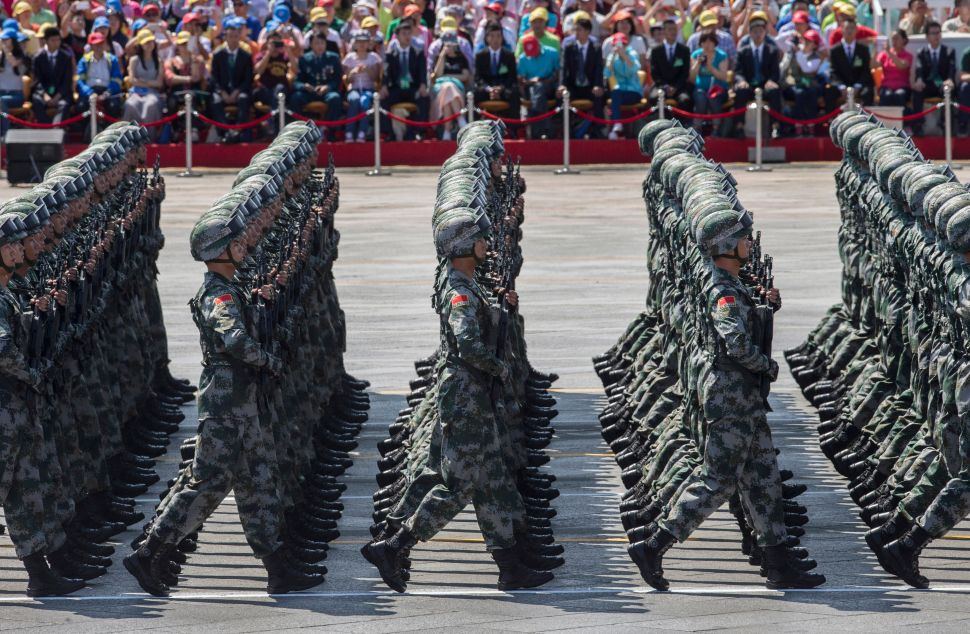