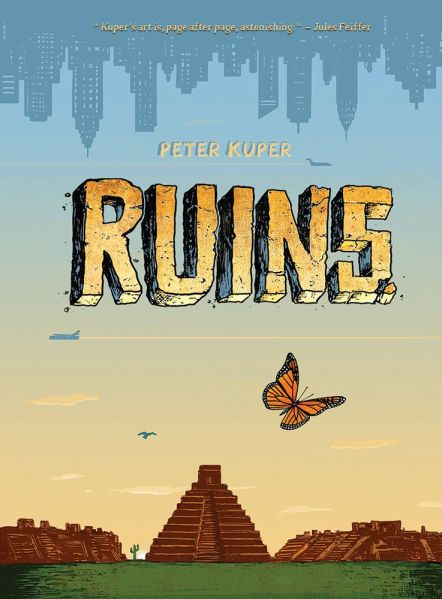 Stand-up comedian Marc Maron has this bit where he talks about the middle-aged single man fantasy of shucking off the civilized world and heading up into the mountains, living in the hide of a bison, walking with a stick and living with bears. Then he says, “What about day three? Tell me about day three.”

Sumptuously printed and designed, Ruins is a luxury book. Publishing a story with this level of quality is something its creator has earned, as the writer and artist behind the universally recognized Spy vs. Spy strips and co-creator of one of the most influential alternative comics publications, World War 3 Illustrated.

The crux of the plot is this: George and Samantha Ross, a married couple, go to Mexico together. The wife wants a child and the husband doesn’t. The wife is adventurous and the husband is a homebody. The husband just lost his job and the wife is getting paid to do next to nothing on sabbatical.

The husband once painted. The wife used to love a man in Mexico.

The couple’s story is punctuated by fantastical montages, shifts in drawing style that riff on Mexican imagery (such as Aztec ruins) and devices that only true comics masters can pull off, such as custom word balloons for each character. 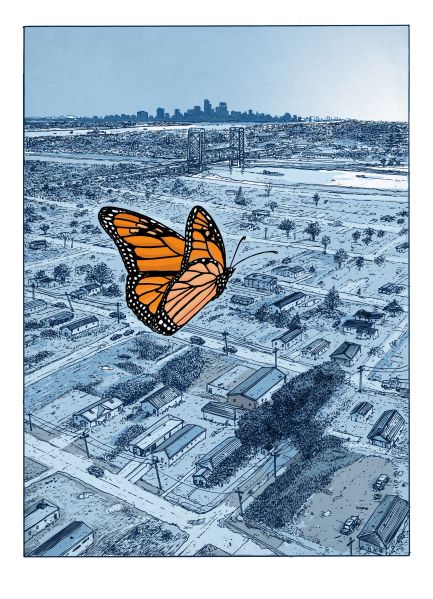 In the tradition of Will Eisner, this is comics without kids in mind at all (not that it’s ‘adult’ but it’s about the heartbreakingly choices of boring real life). In the tradition of Kurt Vonnegut, there’s hardly a face that pops up in this story that doesn’t matter.

The sabbatical takes the two to the Vicente Fox’s Mexico, to the state of Oaxaca, circa 2006, around the time of the annual teachers’ strike there. The strike had been a peaceful, recurring labor ritual for more than a decade, but escalates into violence that year.

Before we arrive, George had been fired from his job as an entomologist and starts their visit mostly interested in Mexico’s creepy crawlies, but he meets a former photojournalist who has quit the work to focus on drinking.

The two make a deal: if George will draw pictures of the protest, the drunk will take photos.

Mr. Kuper, who lives on the Upper West Side, gives George his dark night of the soul when State Governor Ulises Ruiz Ortiz cracks down on the teacher protest. George isn’t there when the police go too far, but his friend was.

For those who have hit that point in life where there’s as much career behind you as there is to come, it’s a book about sizing up what you’ve done and what you might do, about what you have to give up to move on and about the pieces of an existence that make it a life.

George, it should be said, isn’t the only one who meets somebody. For those who pick up a copy, it’s going to feel like you can see the end coming the whole way, but that’s a bit of misdirection. It ends up not being so simple as it might seem.

This reader was a little skeptical about George Moss’ final determination in this book. I’m not entirely convinced that the metaphorical third day won’t bring crippling doubt and fear for the character, but what matters is this: a man without much left going for him made his play anyway.

And, anyway, endings don’t matter so much as we like to think they do. What matters is the fact that a story travels to memorable places.

Mr. Kuper signposts this fact for us by breaking up his narrative with views of a monarch butterfly as it makes its way from southern Canada, past Manhattan and down to Mexico. We aren’t fascinated by the butterfly’s migration because of its endpoints; what grabs us is that a creature so small goes so far. 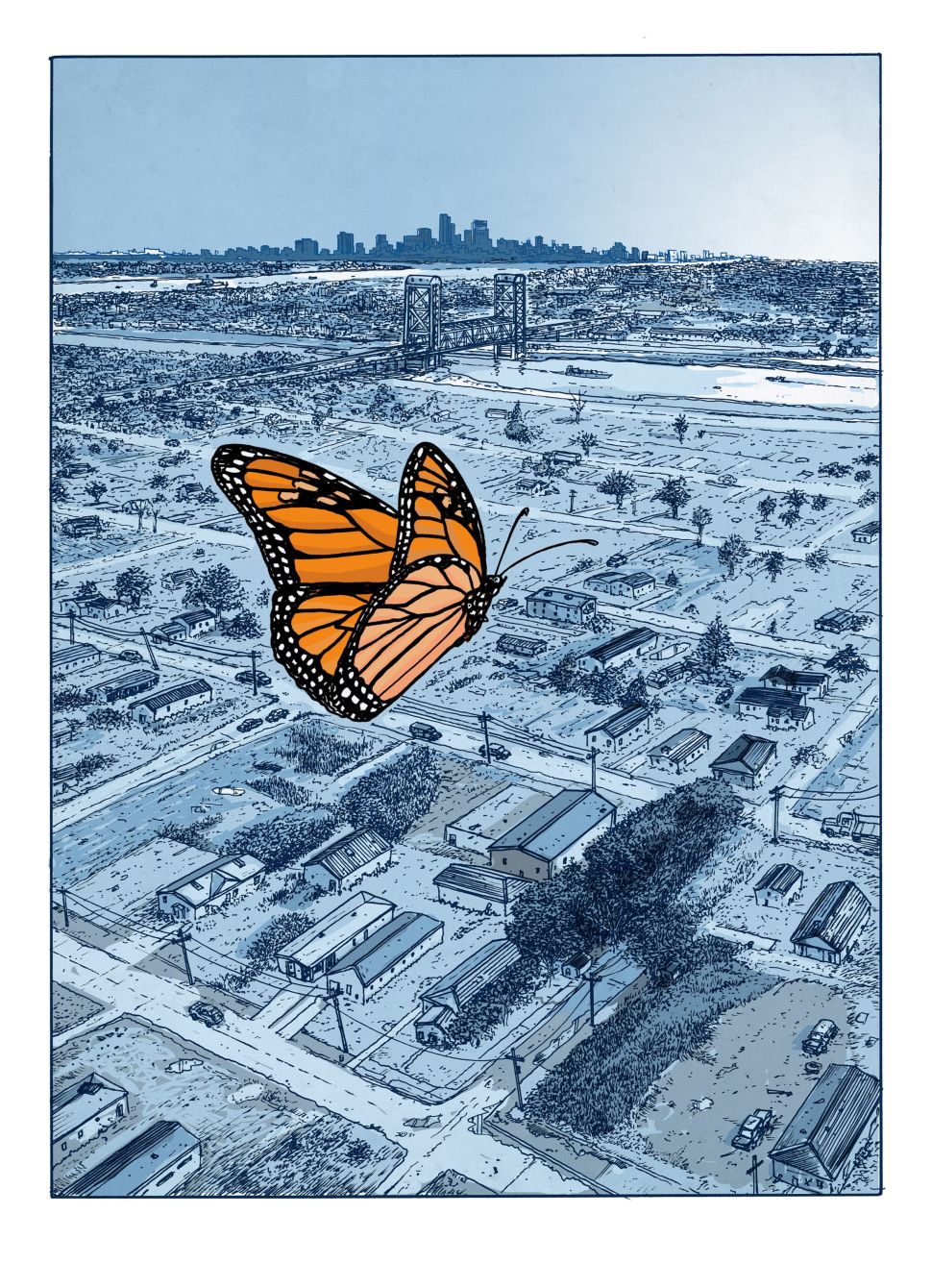