First time I met Yogi Berra, I thought I was either dreaming or hallucinating. I was covering the New Jersey Devils hockey practice for The New York Times. The building wasn’t well-marked and it was my first trip.

Most doors were locked and I finally knocked on one. It opened and there emerged this short, older man wearing nothing but a bath towel around his waist. A cloud of steam surrounded him. I instantly recognized Yogi Berra, the famous Yankee catcher from the 1950s.

I thought this must be a dream, the kind where similar elements (hockey, baseball) blend into an incongruous scene. I didn’t know what to say.

Recovering my presence of mind, I told him I was there to cover Devils’ practice. He pointed me around the building to the right door. Only later did I learn that Berra used the facility to work out because he lived nearby and was a friend of the team owner, John McMullen.

Berra died Tuesday at age 90 but the anecdotes live on. Everyone is quoting his famous and humorous malapropos (“It ain’t not til it’s over,” etc.). But those of us covering sports around New York were lucky enough to know him – if only a little bit – behind the scenes.

The next time I ran into Berra, I almost ran over him. It was Oldtimers’ Day at the old Yankee Stadium. I was driving slowly by the players’ parking lot. Berra was moving through the lot and about to cross the street.

Suddenly, someone called to him from behind. He turned to wave but kept walking – right off the curb and into the path of my car. I hit the brakes and a guy with Berra grabbed him by the shoulder. No harm, no foul.

Whew! I took a deep breath. The headline would not have been nice. “Times’ Sports Writer from Detroit Runs Over Beloved Yankee Legend.” Bad career move.

Years later, while writing a feature about Berra, I visited him at his museum in New Jersey. The conversation turned to Marilyn Monroe. “I had dinner with her once,” Berra told me. “Of course Joe (her husband, Joe DiMaggio) was with us.”

In his final years, Berra came around the Yankees clubhouse. As a kid, I thought of him as a giant, a big man in catcher’s armor. In person, especially in later years, he lost weight and a little height and seemed smaller than the 5-foot-7 ½ and 185 pounds at which he was listed in his playing days.

Stooped and shuffling slowly, he’d move around to the various areas of the home clubhouse at the Stadium. A private place began on the other side of the archway next to the locker of Derek Jeter. One day I walked into the room toward Jeter, who was chatting with reporters.

As I got near him, I saw Berra passing by the archway, like a ghost of Yankees past, a few feet behind Jeter. I wished I could have taken a photograph but it was before the iPhone era, with cameras attached to mobile phones.

But it is an image I will carry with me forever. Not being a New York native, I was always a little skeptical about the Yankee mystique that captivates so many journalists who write and talk about the team. That day, at least for me, Yankee mystique stepped up to the plate and hit it out of the park. 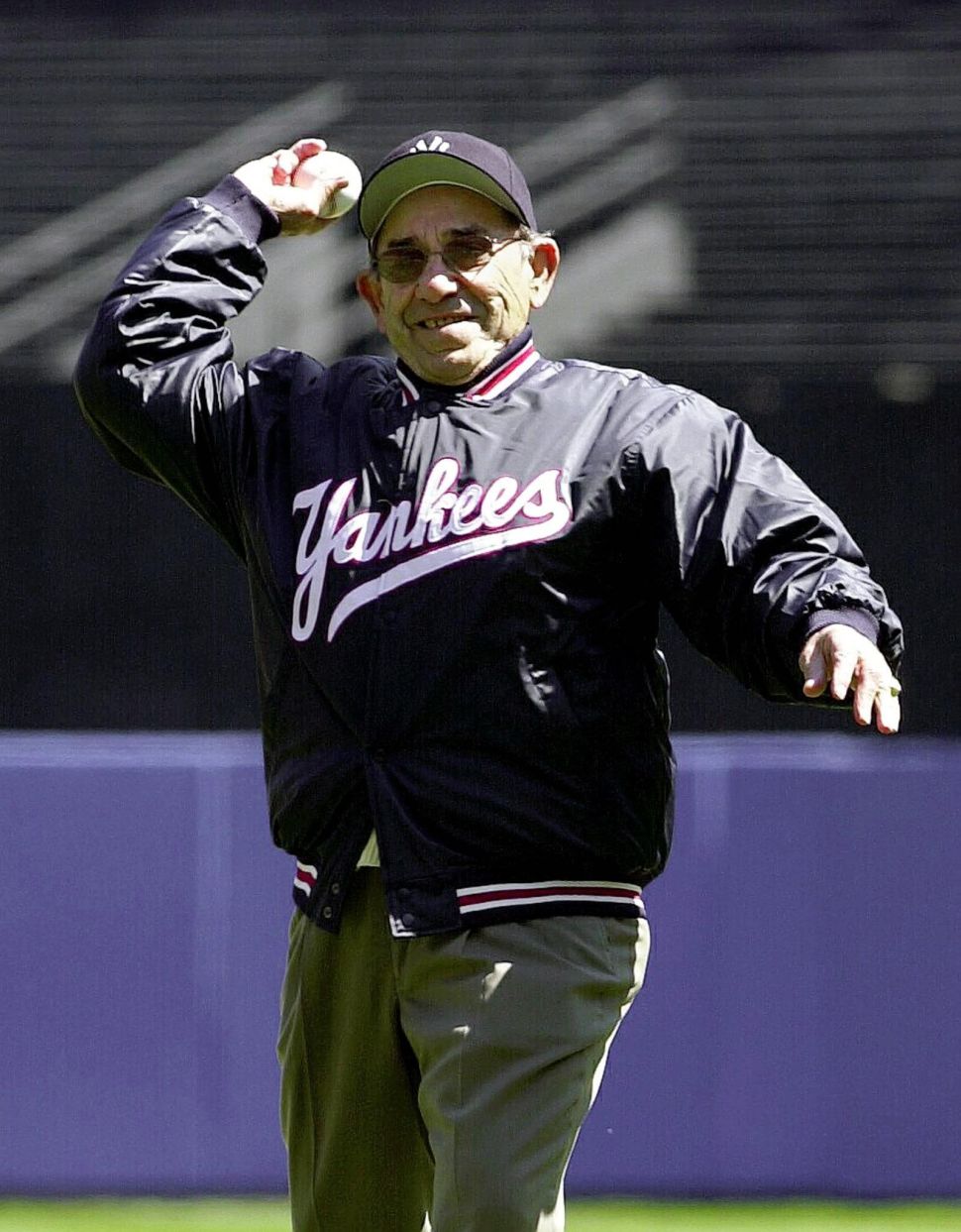