This morning, Amazon announced a new lineup of Fire products, including several tablets like the new Fire HD 8, Fire HD 10 and a kid’s tablet.

The product stealing the show, however, is one low-cost tablet priced at a shockingly inexpensive $50. It features a seven-inch screen, 8GB of internal storage and is touted as being “designed for entertainment.”

The company was already selling tablets at prices as low as $100, but it seems they’re dipping even lower to snag customers from tablet leaders Apple and Samsung. And to make up for the low retail price, Amazon is encouraging customers to buy not one, but six of the tablets, which are simply called “Fire.”

If customers buy five of the Fire tablets, a sixth will be on the house. At $50 each, this brings the total for a six-pack to only $250, which is still cheaper than most tablets out there. For example, it’s half the price of the least expensive iPad Air 2 (16GB, Wi-Fi only) and still less expensive than Apple’s cheapest tablet, the iPad Mini 2 (16GB, Wifi only). The Fire six-pack is even $150 less expensive than the smallest version of the new Samsung S2, which is the lightest and thinnest tablet ever made.

The Fire tablet is available for pre-order now and will ship on September 30. 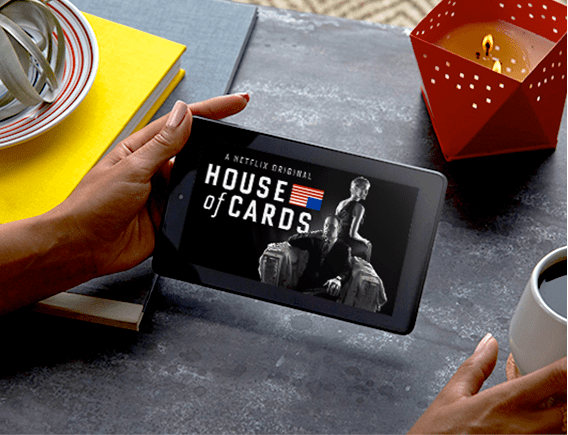