The thought of a ballet-inspired workout might frighten even the most devoted fitness fanatic. The common notion of a ballet class usually implies rigid rules, lots of leaps and leotards.

A sartorially pleasing example of the latter can certainly be found in Mary Helen Bower’s Ballet Beautiful studio, but the rest doesn’t necessarily apply. While Ms. Bowers might be a former professional ballerina, she promises that her classes aren’t actual ballet classes. “This is really a mesh of ballet and fitness. A regular ballet class is very regimented and there’s a set; you start at the bar with stretches, plies, tendus. [Then] you move into the center and repeat everything you did at the bar and then move into jumps, turns, and a lot more motion.”

Instead, the classes held at her Soho studio (plus those included in her accompanying video streaming service) require a focus on mat work, with a sprinkling of standing exercises. Most of the workout revolves around tiny repetitive motions, which when performed in many sets of eight, results in burning muscles. And according to Ms. Bowers, “most people see a change within two to three weeks, if they put in about three hours a week.” She added: “The more you do it, the faster you’re going to see the change.”

Ms. Bowers established the Ballet Beautiful workout with the intention to target muscles that ballerinas focus on, including the back of the leg, butt, hips and thighs, resulting in a svelte and compact dancers build.

To further that point, let’s discuss the models that flock to Ms. Bower’s ballet-inspired classes: Karen Elson, Doutzen Kroes, Miranda Kerr, Lily Aldridge. Each of these four women have envy-enducing abs, endless legs and toned arms, so we’ll take their bodies as a letter of positive recommendation for these Ballet Beautiful classes.

Models are frequently joined by editors and photographers at the studio and the former ballerina has a theory as to why these creative types are attracted to her classes, despite the promise of burning muscles. “It’s such a specific aesthetic, it’s beautiful, and chic. That’s something that translates really well into the fashion world,” she explained.

Another feature that translates well for the fashion inclined is Ms. Bowers’ range of workout gear that is designed specifically for her clientele. Naturally, the line includes leotards in a slew of colors and cuts, including a romantic halter style and a romantic red long sleeve version, both of which are exclusive to Net-A-Sporter. She also offers tights, wrap sweaters, a tulle skirt or two and some precious satin ballet slippers, all of which add up to a well-stocked and elegant workout wardrobe.

“Most of the time, even if I’m at home in my sweatpants, I probably have a pair of slippers on,” admitted Ms. Bowers. At a recent class, she also disclosed that the second Ballet Beautiful studio will be opening before the end of the year, allowing Upper East Siders to take her classes without a graceful trek downtown. 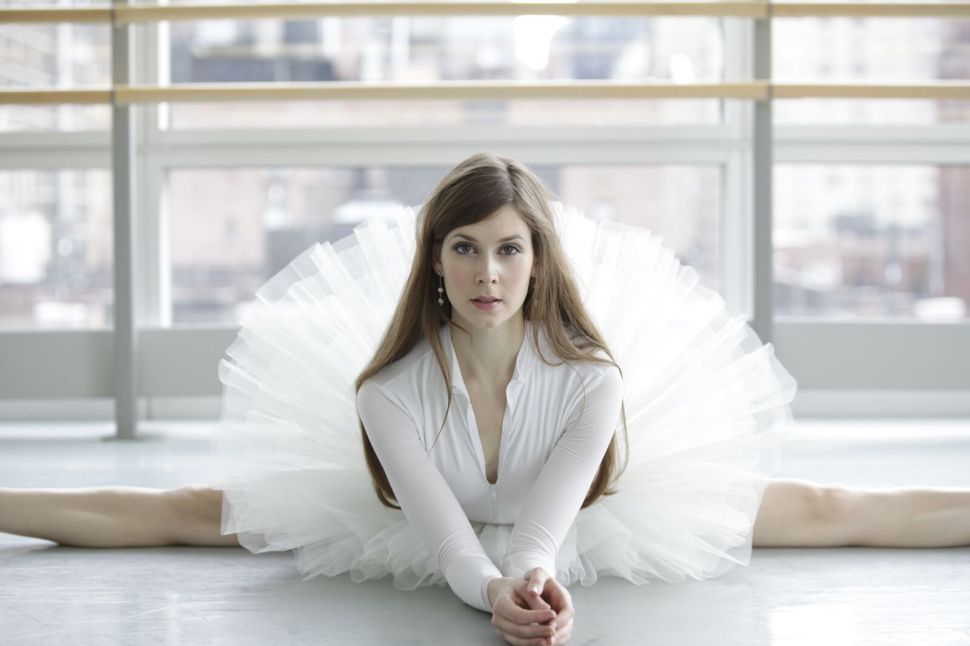