On a recent afternoon at Pete’s Tavern, Carl and Ben Zimmer were reminiscing over pints of ale. “It’s been a while since I’ve been here,” Carl said, taking in the scene. The Zimmers were roommates on the Upper West Side and in Brooklyn Heights in the early ’90s, when Ben, fresh out of Yale with a degree in linguistics, had his first job as a program assistant at the Social Science Research Council. Carl, who had also graduated from Yale, was working as an editor at Discover magazine, and Pete’s was a haunt, as was Cedar Tavern, which has since closed.

The usually bespectacled brothers don’t get together for beers as often anymore, now that they’re busy as wonky columnists at the city’s dueling dailies.

“It’s funny, there came this point where I was like, ‘Oh wow, you’re writing this column and so am I,’ ” said Carl, 49, who covers the scientific world for The New York Times.

Ben, 44, opines about language for The Wall Street Journal, and he is the executive editor of Vocabulary.com. He took a circuitous path to journalism, first wending his way through the recondite halls of academia and, before that, scouring dictionaries, as a kid, for etymologies. “I was in the National Puzzlers’ League,” he declared proudly.

“You would be making these word squares, like, at 8,” Carl recalled with the trademark detached amusement of big brothers everywhere.

“I know,” Carl said, “but you were making the word squares before that.”

The brothers, whose father is Dick Zimmer, a former Republican congressman, grew up on a farm outside Flemington, N.J. “We shoveled our share of manure,” Carl said, looking at Ben. “I think I shoveled more than you did.”

The Zimmers maintain there isn’t any competition between them. “For my son,” said Ben, who is at work on a book, Nowspeak, about how technology is shaping the way we use language, “if he’s got a science question, it’s like, Uncle Carl can fill you in on how that works.”

“I’d never say, ‘Oh, Ben scooped me on the Cambrian explosion,” said Carl, who lives in Connecticut with his wife and children. He is writing a book on heredity, and was in town last week to get his genome sequenced. “I’m always asking about language things while I’m working on stuff. Like I need to know about blue blood.”

Carl said he’d read the phrase began in Spain, during the Inquisition. If your veins were blue, he said, it meant you weren’t Jewish.

“Yeah, I would have guessed, having not looked into it at all,” Ben said, “that it’s something to do with the veins.”

Both brothers have jobs that require them to discuss esoteric things in plain English, and by zeroing in on very specific topics, they often get at something universal and revelatory about human nature.

Carl has a tapeworm named after him, and he’s written quite a lot about bugs lately. “I’m on a bit of an insect roll,” he said. The Canadian tiger swallowtail caterpillar, for instance, mimics a snake to ward off avian predators. “Animals that mimic have evolved this weird kind of understanding of how their enemies process information,” he said, “so it’s really about information processing. It’s bizarre.”

Recently, Ben scoured historical newspaper databases to find previous examples of the phrase “fall guy.” He likes bringing scholarship to bear on pop culture (his column is called “Word on the Street”); about 10 years ago, he started blogging about name blending in celebrity culture, which got him attention outside the realm of the university. “Bennifer just ended,” he noted, somewhat wistfully.

Occasionally their areas of expertise overlap. Carl, who also lectures at Yale and is the author of several books, including At the ’s Edge, Brain Cuttings and Parasite Rex, consulted on the PBS series Your Inner Fish, which came out last year. The series is based on a book by the paleontologist Neil Shubin, who popularized the term “fishapod” to describe a fossil fish, known in scientific circles as Tiktaalik roseae, he discovered in the Nunavut Territory in northern Canada.

Ben wrote about the effectiveness of the portmanteau at the time it was coined. “It’s not a very well put together blend,” Ben said, “because we know the fish part, and then the pod part has something to do with legs or appendages or whatever.” He looked at Carl, to make sure he hadn’t misspoken. “Right?” 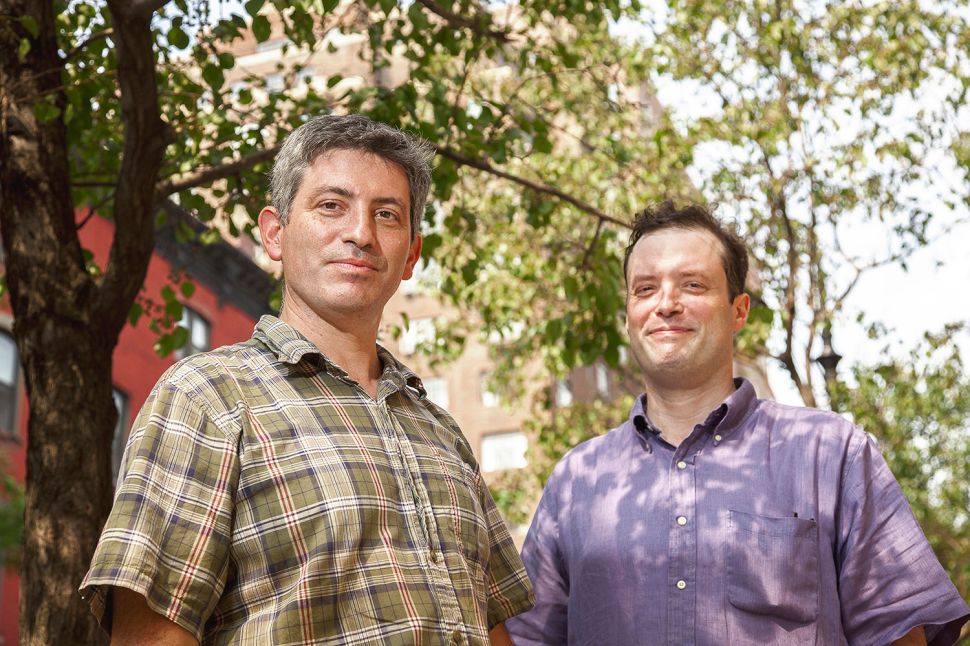