Following the announcement of the Iranian Nuclear Agreement Lieutenant General (Retired, U.K. Army) Sir Graeme Lamb was interviewed by Jason Criss Howk, a former colleague that had assisted him during the creation and international acceptance of the Afghan Reconciliation and Peace Program. The interview was conducted via email from 15–16 July 2015.

Sir Lamb is a strategic adviser to British businesses and the government and travels frequently to the Middle East to discuss security with government, business, and religious leaders of traditionally U.K.-Allied nations. Previously he was the Commander of the Field Army and Director, Special Forces. No stranger to peace agreements and diplomacy, Sir Lamb was a special advisor to General McChrystal in Kabul for reintegration of the anti-government forces in Afghanistan. Prior to that he was the Deputy Commander Multi-National Force Iraq where, for General Petraeus, he was Director of the reconciliation process in Iraq to gain local support against al-Qaeda-in-Iraq and set the conditions for the “surge” and the Sunni Awakening in 2007.

Graeme Lamb has dealt with the Iranian Regime, worked closely with dozens of Middle Eastern leaders, and is known for his straight-talk. Here are his thoughts on the current Iranian Nuclear agreement and how it will affect the broader Middle East.

Jason Criss Howk (JCH) What was an alternative deal outcome that would not have upset the balance of power in the Middle East?

Graeme Lamb (GL) No deal at this time probably would have been a better outcome than a rushed one. Reinvigorating and sustaining the sanctions already in place, while not blinking nor smiling, would have increased our diplomatic leverage in order to re-engage when Iran is more serious.

(JCH) What will Iran do with the money that is going to flood their coffers?

(GL) A lot of good may come to the common Iranian man and woman, but it will allow the Iranian leadership to restore their religious-social contract and authority between the regime and the people. It will allow the Iranian Revolutionary Guard Corps (IRGC) Quds force to double up on its challenge to Sunni dominance in the Middle East and allow it to effectively export proxy wars across the regime — Syria, Yemen, Iraq while increasing its control in Lebanon through an empowered Hezbollah while generating greater unrest in Bahrain and Jordan.

(JCH) What is the mood of the Arab neighborhood?

(GL) Disappointment with the West turning its back on old established relations in order to cut a deal with a country which has fermented unrest since the 1979 Revolution in Iran and the region and will continue to do so. Iran will now be super-empowered after being favoured by the world’s last superpower and the other members of the UN Security Council. The visual impact of this in the world of virtual propaganda and amongst young Muslims may prove to be significant in fermenting the misbelief that Iran is the regional leader for a progressive Islam.

(JCH) Will the Sunni states wait for Iran to get a bomb or the ability to make it or will the Sunnis get theirs first to stay ahead of the game?

(GL) Nuclear Proliferation, or in the near term Nuclear Preparation i.e. setting the conditions for nuclear capability in the near future is now back on the Middle Eastern agenda.

(JCH) What did the west get out of the deal?

(GL) A Presidents Legacy and I would suggest a relatively shallow short-term diplomatic deal which is recognizable and measurable on paper but, will prove to be broadly unrecognizable and probably un-measurable in return. Hope is not a plan and a promise is only as good as the intent to keep it. In short, not as much as we set out for and even less in delivery and a US foreign policy strategic success to dispel allegations that the US did not have one.

(JCH) Was the West too anxious to get a deal and did it give up a lot of leverage?

(GL) The Middle East will begin to unravel; Israel will be forced to act to counter the impacts of this deal at some point. This has been a game of U.S. Draughts [Checkers] played against a Grand Master of Chess with little interference or advice — China, Russia and the other so called major powers all had the continued belittlement in the region of the United States at the top of their agenda and national vested commercial opportunities next, a non-deal would not have secured that. An unsettled Middle East with the USA seemingly siding with one player allows the other powers to take over sphere’s of interest that were previously dominated by the United States.

(JCH) What are three bad things that long term will result from this?

(GL) The Middle East will unravel not mend itself.

— Israel will become decisively re-engaged because Iran will make it so through active use of proxy forces or in response to the stresses amongst their neighboring States of Syria, Lebanon and Jordan and of course further afield in Iraq.

— Refugees avoiding this increasing unrest will threaten to break weak nations and the cohesion and operating structure of the Region.

— Iran will work around the ban albeit very, very carefully.

(JCH) Should POTUS override a congressional vote with a veto if congress doesn’t want the deal to go through?

(JCH) What will we see next in the Middle East?

(GL) Adjustments in relations inside but more importantly outside the Region — Russia, China, India/Pakistan otherwise very little for a while as things just get progressively and uncomfortably worse

(JCH) Who will the countries that feel abandoned in the ME turn to if not the US?

(GL) Russia and China, because they offer practical assistance and influence in the UN Security Council while Israel turns inward on itself and isolated from which no good will come.

Since this interview was completed new revelations about the IAEA inspection plan have expanded on what was written into the agreement. These and other insights have made skeptics even more displeased with the outcome of the negotiations. This will continue to be a controversial issue and leaders both for and against the agreement owe it to the world to vigorously debate the topic.

If I had to point to a runner-up issue of concern to the nuclear race that is about to be run, I believe world leaders must address the growing refugee crisis. Recent experience has shown that young men and women from the disheartening and crowded refugee camps in the broader Middle East can be more easily recruited into deadly-violent radical Islamist terrorist groups. This is not a trend the world can allow to continue as innocent children and displaced parents in the Middle East deserve better.

Whether you are for or against the Iran nuclear agreement I think all can agree that no one will actually be pivoting away from the region any time soon.

Jason Howk is a retired Army Foreign Area Officer. He holds a Master’s Degree in Middle Eastern Studies, was a term-member of the Council on Foreign Relations, and is a Malone Fellow in Arab and Islamic Studies. He has worked extensively in Joint, Interagency, Intergovernmental, Multi-National, and NGO operations and has been involved in international foreign policy and strategy development. 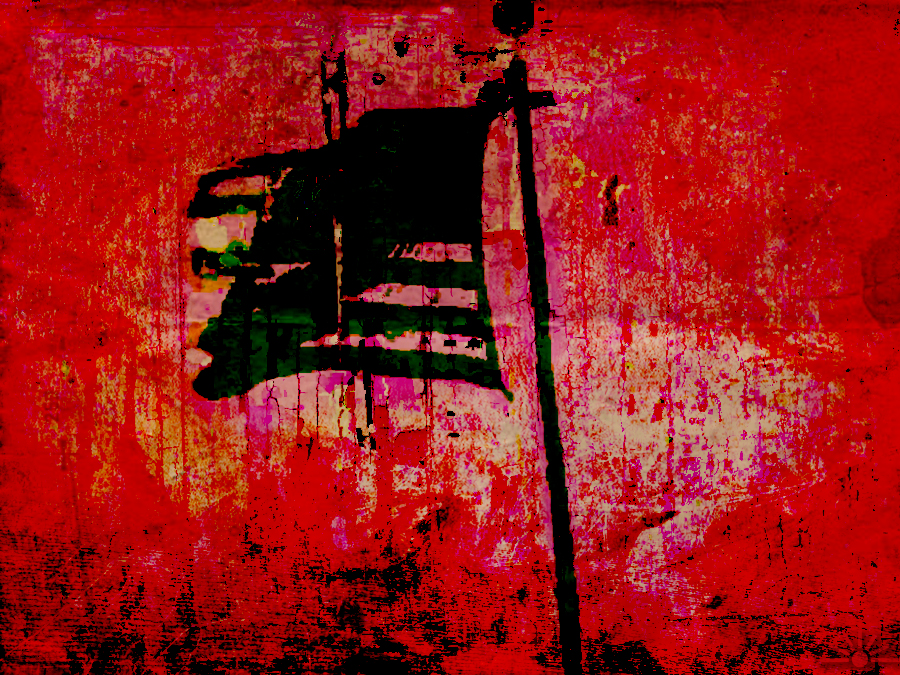