An untitled and undated artwork described as a “painting by Jean-Michel Basquiat that has been authenticated as original,” is up for sale next month in Nashville, Tenn.—and could bring upwards of $2 million.

It is being sold by Aberdeen, Miss.-based Stevens Auction Company, which has been in the business for 31 years.The auctioneer said it can trace the artwork’s ownership back decades.

The lawyer representing the Basquiat estate, James Cinque, has stated that “the committee had never authenticated the work” that is on the block—but, then, many Basquiats at auction have never been authenticated by the estate. The record for a Basquiat at auction is $48.8 millon, set in 2013, so this work is arguably, a bargain.

So, the sale raises question for all prospective auction buyers: How can you trust that something on the block is authentic?

One former member of the Basquiat committee, who asked not to be identified out of fear of being sued, said that—based only an online image of the painting identified as a Basquiat in the Stevens Auction—“This is not by Basquiat. Nothing in this painting says Basquiat. It’s not similar to anything the artist did.”

Of course, “it gets more difficult, more complicated, when there is no authentication committee,” said Jo Backer Laird, a lawyer with the New York firm Patterson Belknap and former general counsel at Christie’s. “It raises a host of questions: Who do you go to, how do you satisfy yourself that something is authentic, and will the market ultimately accept your conclusion that it is?”

Perhaps, this is a previously unknown, or never exhibited, work by the artist. Artists lose track of their work, give away their work, sell something for cash on the side without informing their dealers, and some pieces are just hidden away by their owners for decades, which is the case with this piece, according to Stevens auction house.

The November 21 Basquiat auction will take place at the Gaylord Opryland Hotel and Resort in Nashville. Dwight Stevens, owner and founder of the house, stated that the work was consigned by the grandson of a Dallas art collector who died in 2011 at the age of 93.

Her collection, which includes modern and contemporary artists, including Pablo Picasso and Andy Warhol, was assembled in the 1960s, ’70s and ’80s with the assistance of a Canadian art dealer Frank Hamilton, according to Mr. Stevens. (The Toronto-based Art Dealers Association of Canada does not have information on this dealer.) This multi-work art consignment is to be sold over a period of several years by the auctioneer.

Two works have already sold from this consignment, both attributed to Andy Warhol. On October 3, a gouache and pencil portrait of Marilyn Monroe—bearing stamps and catalogue numbers on the back from the Warhol estate—sold in a Stevens estate auction in Mississippi for $50,000 (the estimate had been $50,000-750,000), and on August 8, an undated  oil on canvas painting of Coco Chanel and bearing a stamp on the back from the Warhol estate, was sold for $247,000 in Mississippi.

The Monroe portrait was identified as “Not Authenticated” by the auction house in its online catalogue, while the Chanel image had no such disclaimer. Without an authentication committee, it was up to prospective bidders to make their own decisions.

“It is a longstanding policy” of the Warhol Foundation to “not offer opinions on works of art purported to be by Andy Warhol,” according to K.C. Maurer, the foundation’s chief financial officer and treasurer.

Mr. Stevens backtracked on the note published online that the Basquiat had been authenticated, adding that “we are trying to get the painting authenticated but, so far, everything looks right. I identify it with other works by Basquiat. You see his signature and a little crown he painted in his work.”

Jean-Michel Basquiat was a New York artist who first gained attention in the late 1970s for his graffiti spray-painting of buildings in Manhattan’s Lower East Side, using the tag name SAMO. Moving indoors by the early 1980s, he painted on canvas works that were hailed as “instinctual” rather than art school trained, frequently drawing upon a vision of the oppression of Blacks in the United States and elsewhere.

Critic Peter Schjeldahl, now with the New Yorker, wrote that the artist “seemed incapable of moving his hand in a way that was uninteresting.” He died of a heroin overdose in 1988.

For the art trade, questions of attribution are a great problem, and Jean-Michel Basquiat works have not been immune. Last year, the Basquiat estate, which is administered by his sisters Jeanine Basquiat Heriveaux and Lisane Basquiat, brought a lawsuit against Christie’s auction house claiming that Christie’s was planning to sell almost 50 artworks attributed to Basquiat that the estate denies are authentic. The consigned pieces belong to Alexis Adler, a woman with whom the artist had lived with off an on in 1979 and 1980. The auction house postponed the sale.

At a far lower price point, eBay lists hundreds of Jean-Michel Basquiat drawings and prints whose connection to the artist is unstated. “We try to police it, but there are so many fakes out there,” Mr. Cinque said. He added that the certificates for works the Basquiat committee had authenticated have estate numbers on the top corner, as well as the signature of the artist’s father, Gerard Basquiat. Still, “people find something that looks like Gerard’s signature and do a cut-and-paste job” to produce their own certificates.

The Stevens Auction Company states in its catalogues that it “is not responsible for errors of description or authenticity of any lot or for any defect of it,” offering “no warranty whatsoever to any buyer…No credits or refunds shall be given.”

There have not been any lawsuits against Stevens Auction for knowingly or unknowingly selling misrepresented artwork or antiques.

The the laws governing auctions in Mississippi and Tennessee are less stringent than those in New York, according to John Cahill, a New York City lawyer who specializes in art law.  In some states, as long as the auctioneer is operating in good faith and does not knowingly or recklessly misrepresent items that are being sold, it bears no responsibility for misattributed lots.

But New York State’s Arts and Cultural Affairs Law, he said, “is very good. If a New York auction house warrants a work is by Basquiat and it can be determined that the work is not authentic, then the buyer can return the work to the auction house within four years—five years at the leading houses—and get his money back. Words of general disclaimer are not sufficient to negate or limit an express warranty.”

New York intellectual property lawyer Donn Zaretsky said that there is no “accepted legal meaning of ‘authenticated’ or ‘attributed’—they serve more as amplifiers” of the auctioneer’s claims. If an auction house states that an artwork has been authenticated, “a potential buyer would be well served to ask who” did the authentication?” 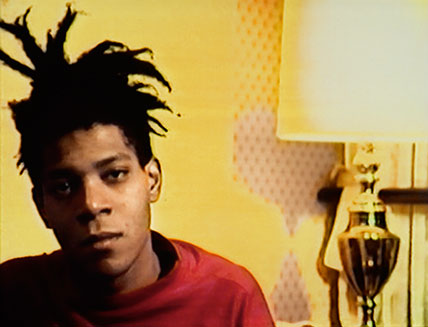