Homelessness is again a visible issue confronting and confounding Americans. Last month, the city of Los Angeles declared it a public emergency. When New York’s mayor was criticized for not doing enough about the increase of homelessness, he initially said there was no increase. Now, he is stirring to act.

Pope Francis, in his visit to New York City, stated, “In big cities, beneath the roar of traffic, beneath the rapid pace of change, so many faces pass by unnoticed because they have no ‘right’ to be there, no right to be part of the city. They are… the homeless… These people stand at the edges of our great avenues, in our streets, in deafening anonymity.”

This is not a time to wring our hands in frustration. It is a time to act.

We need supportive employment programs to give another leg up to people who, with a break, will offer so much back to society.

Very few people will live on the streets once they have other viable options. The options must be real: they cannot be a miserable menu of an abandoned building, Dickensian shelters, jail or involuntary commitment to a psychiatric hospital. After decades of court orders mandating the provision of shelter in New York we know that shelters, even when decent, cannot be more than an extremely short-term answer—shelters are not and can never be some- one’s home. It has been well documented that housing, with needed support—mental health care, substance use disorder rehabilitation, employment, family counseling—is the key. We now have time-tested remedies for mass homelessness, model programs proven to work. The question is political will. How important is it to New York, and to other American cities, to return to a civil society where street homelessness is not a common occurrence?

Half a century ago, Americans expressed their commitment to racial equality by participating in the civil rights movement. Many took direct action, traveling to the South and committing themselves to the protection of the rights of African Americans. Today, New York, Los Angeles and most other U.S. cities need to create teams of concerned residents, students, formerly homeless people, social workers, law enforcement officers, doctors and lawyers to regularly venture into our streets, train stations, parks and other homeless encampments to learn about the homeless—who they are, why they lost their place to live and what their problems are with the goal of getting people off the streets. This union of civilian and professional humanity is the recipe for reaching even the most hardened street dweller.

And this outreach will work, so long as people have somewhere to go: viable housing, substance abuse treatment and job-training options need to be created.

That will require investment, but ultimately far less of a cost than allowing our communities to remain living quarters by default. New York City and state must come together to reinvigorate the capital funding needed to build new housing. Tough regulation must oversee the quality of nonprofit organizations who must provide mental health and substance abuse services to assist formerly homeless people rebuild their lives. And we need supportive employment programs to give another leg up to people who, with a break, will offer so much back to society.

It seems that a preferred new tool of New York City’s Mayor Bill de Blasio and police commissioner Bill Bratton is to raid “homeless encampments.” That is often cruel, definitely short-sighted. These are among the venues that outreach teams should be visiting regularly to encourage homeless people and avail themselves of help. Social service agencies, not the police, should compile the database containing information about the homeless.

Homelessness has been a major American tragedy for more than three decades. By all accounts it is once more—in a time of great overall prosperity—worsening. It is time to end— legally, realistically and humanely—the unacceptable calamity in our cities, one that continues to affect each one of us negatively.

Norman Siegel, a civil rights lawyer, served as executive director of the New York Civil Liberties Union. Mr. Hayes, president of the Community Healthcare Network, is a founder of the Coalition for the Homeless. 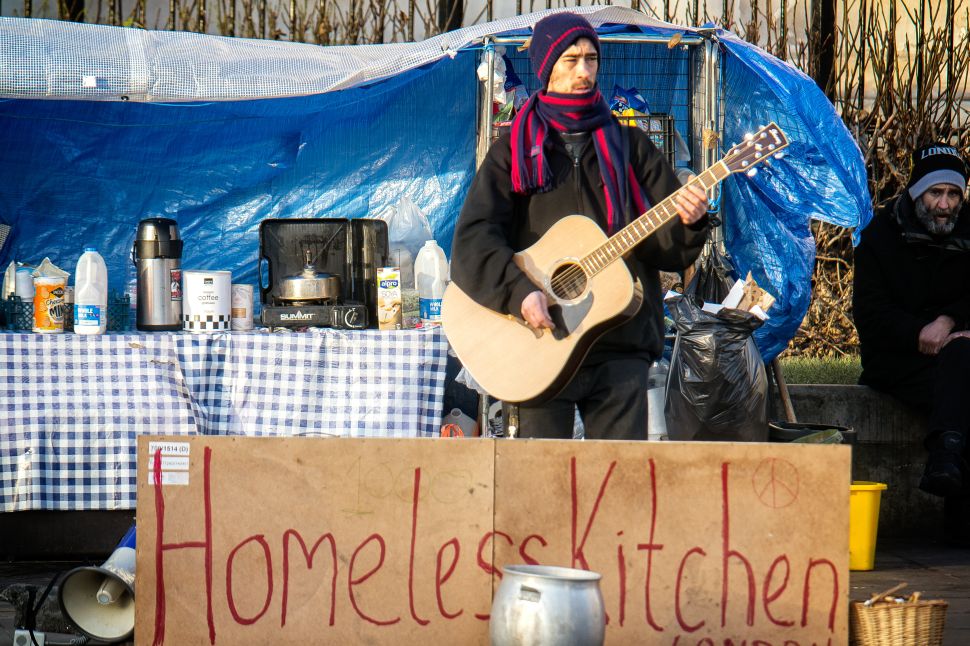