Jeremy Renner is a badass renaissance man. The actor, producer, musician, and yes, home renovator has been tapped as the face of Rémy Martin Cognac. The two-time Oscar nominee stars in a 60-second commercial for the brand, in addition to a handful of print ads slated to appear everywhere on November 2nd. “We shot all over LA,” he said over cocktails at Omar’s La Ranita in Greenwich Village yesterday afternoon, sitting alongside Rémy Martin’s North American CEO Philippe Farnier. “I think that’s the first time I shot in LA in 15 or 20 years. It was kind of fun to shoot at home. It was nice to work, then go home and see my baby. Usually I’m in some foreign country.”

Apart from his action sequences, the ad also touches on Mr.Renner’s little-known love for renovating homes and living in them, which started with a childhood friend, Kristoffer Winters, in 2000. “I grew up very modest, very poor really, and we lived in all the structures we built. All of the sudden, you have no electricity and no plumbing. You’re having to get a little fire pit going just to warm yourself and I had to go to Starbucks to brush my teeth,” he recalled with a laugh. “Starbucks is where I could go to do little showers and things like that. It was a humbling experience, but I just knew I enjoyed the process of doing it.  I knew I would make money doing it, and if it all went to hell I would still have a structure over my head that I’m invested in versus a stock or a bond. I had a physical structure here that I invested everything in my life to do, and that was every structure up until the one or two we built. All the way up until The Hurt Locker, when I was going to the Academy Awards, I went to Starbucks to go brush my teeth in a tuxedo because I had no running !”

Later on, at a party celebrating Mr. Renner’s partnership with the booze brand, he put his music chops on display too. His rock roots were born from a karaoke dive bar in the early 90s. “It’s made me so happy,” he said. “I was so broke for so long, I would only go to Karaoke because it was free. There was a crew of us that went, and we were all pretty good singers. People just kept coming, and we kept filling the bars, so they kept giving us free drinks, so we didn’t have to spend any money. We are all broke, so broke! We did it like five nights a week, but I realized that was probably one of the happiest chunk of years for me because I was doing something I really loved to do, and still got to be social, and it didn’t cost me any money that I didn’t have anyway.” He plans to release an album too. “It’s not for any other reason than to just, kind of, do it,” he hedged after releasing the news. “It’s just to get in there, and make some music with my friends.”

With his year wide open, he plans to spend the next several months with his 2-year-old daughter, and take a trip to the Rémy Martin distillery in Cognac, France. “I’m ignorant to how it’s made. It’s so easy to just open that and have a drink, but it took 40 years to make that one little cocktail you’re having,” he said pointing to a bottle on the mantle behind him. He prefers his Cognac served with a single cube. “I know for a fact that I take that for granted, so I want to go see the process. You can’t just crack open a bottle of something and not understand it, so I’m going to get even more educated about it. There’s some real good Cognacs out there.” 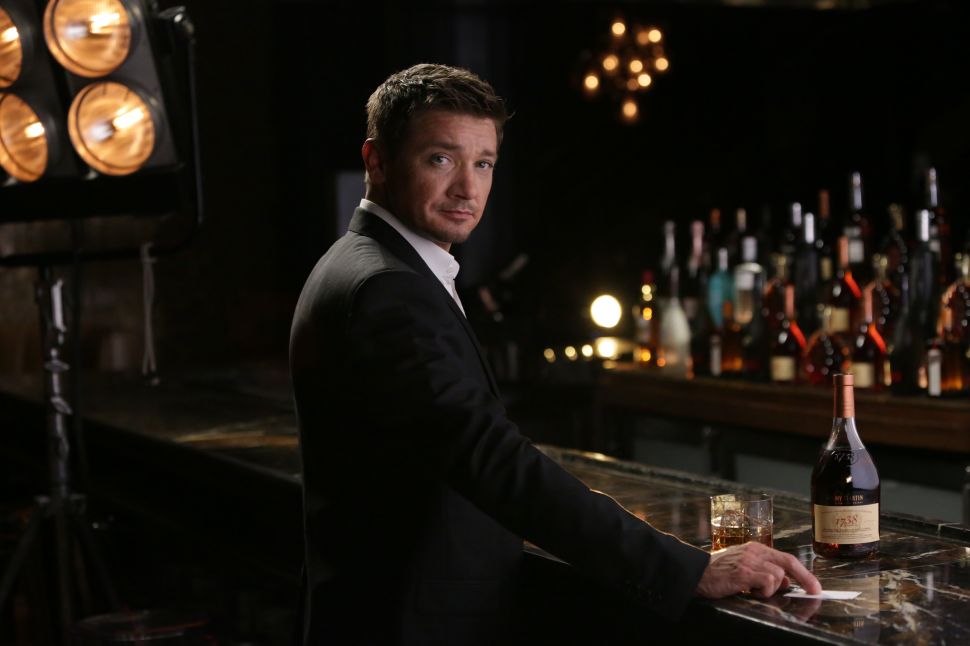