Kara Mendelsohn first explained her label Cooper & Ella to me over lunch in Hells Kitchen. She offered me a few fries off her plate, while explaining the story of why she wanted to create a range of nice shirts. Made from machine-washable fabrics, in a slew of cuts from long sleeve, to embellished sleeveless and everything in between, her first range stuck true to just tops. Ms. Mendelsohn has long since branched out into a handful of other categories, but I couldn’t get past her fixation on shirts, because it seemed so strategic. And it was.

Before Ms Mendelsohn had the idea to launch a brand named after her son and daughter she spent 18 years in fashion, working with designers behind the scenes. She got her start doing sales for Calvin Klein‘s women collection, then moved onto Michael Kors, where she helped turn his business into the global mainstay it is today. That was followed by retail merchandising positions at Marc by Marc Jacobs and Thakoon. Those roles required her trolling the floor of department stores and receiving firsthand feedback on what was selling and what was lingering on sales racks.

This was in 2013, long after the era that designer denim had hit its stride. However, women were still seeking out polished shirts to pair with their pricey jeans, and designers weren’t heeding their call. “Brands would have tops, but they would have one in a delivery,” she explained in industry speak. “Every time I was in market, multiple buyers from Barneys down to Macy’s were saying, ‘We really need [shirts], we don’t have any. Where can we get them?’” Cue the introduction of Cooper & Ella.

Filling a void in the marketplace was just one of many strategic successes that allowed Ms. Mendelsohn’s brand to take off. The founder was also able to tap into the database of buyers she worked with regularly through her previous roles (who, she admits, would usually ignore cold calls from no-name designers). By the second season, her range of silky shirts were being carried at Neiman Marcus; Saks Fifth Avenue followed and not long after, Bloomingdale’s became a Cooper & Ella retailer. The brand is now carried at 250 department and specialty stores around the globe.

These retailers didn’t sign on to carry Cooper & Ella purely based on their relationship with the designer; Ms. Mendelsohn has priced her product strategically, or as she puts it “at the perceived value of the garment.” Ranging from $88 to $150, her tops feature elegant design but attainable price points, which is key to their success. Showcased alongside pricier designer duds, customers are willing to take a risk and buy a Cooper & Ella product, even if they weren’t familiar with the name. This allowed for a great sell through rate in stores, at full price, which is a win-win for both the retailer and the designer.

“I don’t pay less to make my products, I just don’t make as much margin as everyone else. I price my product where it needs to be, and it sells at full price, and that’s the success of the brand.” Need further proof that this model works? Ms. Mendelsohn noted that Bloomingdale’s ordered 150 percent more Cooper & Ella product for Spring 2016 than they did for the previous season.

Now that she’s got drapey tanks and billowy blouses down, the designer has been slowly adding on more categories. Dresses were incorporated for Spring 2015 followed by a range of sweaters for Fall 2015. Next season, expect the brand’s first skirt and a grown-up romper made for a mature woman who “doesn’t want to look like she’s wearing her 10-year-old’s clothing.”

Eventually, Ms. Mendelsohn would like to introduce blazers. “Another call out I hear all the time is: ‘We need blazers, but they’re all $495 and women don’t want to spend that,'” she admitted.

A further detail of the Cooper & Ella business model that aims to impress is its philanthropic tie. In 2014, Ms. Mendelsohn launched Empower, a program that offers one hot meal to a child in need through a partnership with the Hope Foundation School. Specifically focusing on a school in Bangalore, India, the designer professed her commitment to this project, promising to donate 100,000 meals in 2015. “It can literally pull an entire family out of poverty, by educating one child. Getting them to a high school education can change the entire trajectory of their family.”

It has also effected the brand, in a positive way. “I’ve only been in business for three years, and by year two we were giving back. My company is small, only five women, but we all work really, really hard. This just gives us another reason to work hard,” Ms. Mendelsohn proudly admitted. 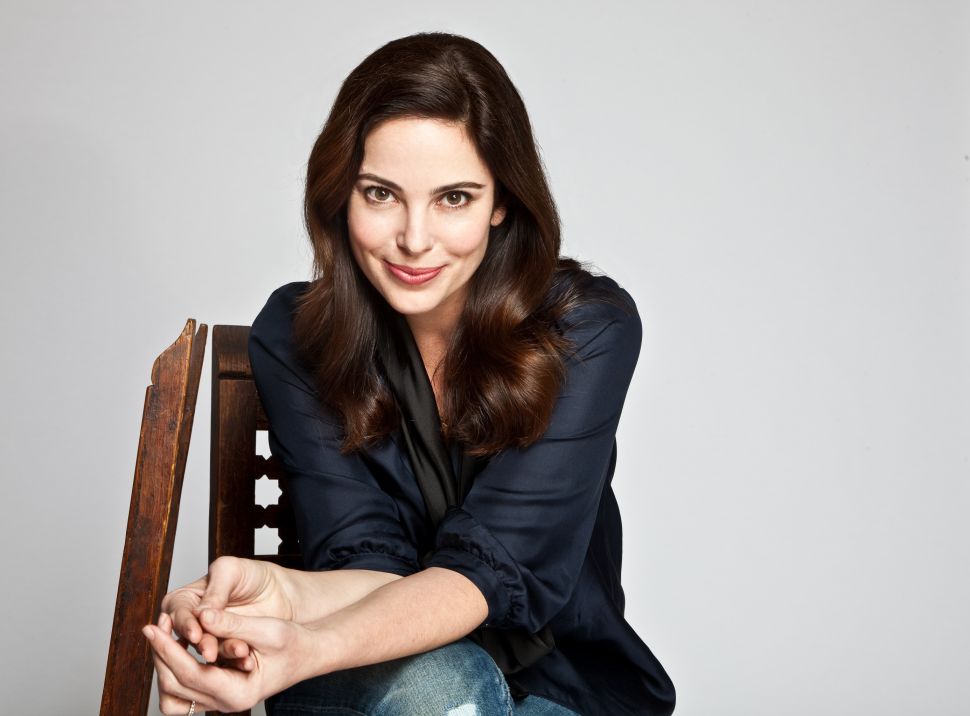