It’s no secret that Brooklyn is the most expensive place to live, but it also costs a hefty penny to run a business—especially in Williamsburg. According to the first ever Real Estate Board of New York’s Brooklyn Retail Report, Bedford Avenue has the borough’s highest average asking rent for retail space. The report, which was released on Tuesday, studied 15 of the most popular retail corridors. Bedford Ave., specifically between Grand and North 12th streets, had an average asking rent of $347 per square foot, with Downtown Brooklyn’s Fulton Mall, between Boerum Place and Flatbush Avenue, at second with $287 per square foot. The hipster and tourist saturated location is expected to increase even more with big names such as Apple, Whole Foods, Trader Joe’s and Levi’s all slated to open stores in the neighborhood. The least expensive Brooklyn retail corridors were found in Greenpoint, Bay Ridge and Park Slope. (DNAinfo)

Get your chops ready pastrami lovers—Katz Deli is making its way to Downtown Brooklyn. The famous Lower East Side sandwich delicatessen will open an outpost next year in the forthcoming Dekalb Market Hall. Katz owner Jake Dell said the additional spot will provide more of a convenient location for their large Brooklyn consumer base. This will be the deli’s first ever expansion since opening in 1917. (Daily News)

It’s a tough time for medallion drivers in the age of Uber, but one cabbie can put their rent worries to rest after scoring a free lifetime apartment due to a rent loophole. A Manhattan judge sided with cab driver Oltimdje Ouattara, who, after renting a room in August at the Chelsea Highline Hotel and subsequently requesting a six month lease, argued he was entitled to a lifetime rent-controlled lease due to a little known law. While Mr. Ouattara was locked out of the space by the hotel’s landlord after his rent-free request, it turns out the hotel was registered with the city as an SRO and the landlord was technically required to give him a rent-regulated lease since the room was officially listed for $0/month. Now that Mr. Ouattara has the free room, all he needs are the keys to get back in it. (Gothamist)

Some unknown bandits recently stole over 200 pints of ice cream, worth $1,300, from a Tribeca Duane Reade. The sweet tooth raiders loaded up on 197 pounds of Haagen-Dazs and Delish, a Walgreen’s off-brand ice cream. No confirmation on the targeted flavors (Dulce De Leche, perhaps?) and pharmacy workers claimed they didn’t notice the missing desserts until the following morning. There’s currently no NYPD ledes on the sugary heist. (Daily Intelligencer).

Uber has announced a new partnership with the National Center for Missing & Exploited Children which will provide 30,000 Uber drivers in New York City will receive AMBER alerts, notifications about child kidnappings. The company started testing AMBER alerts in Colorado over the summer, and now drivers across 180 cities in the country will receive them as well. There are no details on how the AMBER alerts will be received and if they will be differernt from the current iPhone alerts. Uber joins the ranks of Facebook and navigation system Waze, that also incorporate the AMBER alert system. (Business Insider) 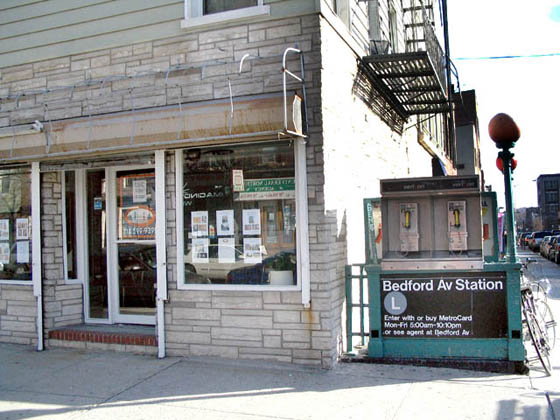