The gas explosion in Brooklyn’s Borough Park on Saturday marked the city’s fourth in two years, and came just months after illegal gas tapping at 121 Second Avenue claimed two lives. Deemed a “disturbing trend” by Governor Cuomo, Firefighters on Sunday continued to search through the rubble in hopes of finding Francisca Figueroa, the woman who has been missing since the fire erupted this past weekend. A second woman, in her 60s, was killed during the explosion, though she has not yet been identified. (New York Times)

As part of a rather unconventional NYPD training method, Commissioner Bratton decided to bring in Dr. Oz to speak to officers as part of a two-day seminar last week. The TV star and “quack” spoke to 150 detectives for over an hour about health and wellness—offering tips on diet, sleep and overcoming addiction. The department was subject to similar gimmicks this summer, giving out breath mints to officers in an attempt to curb cursing and spending 60,000 dollars on a Zumba studio. Of the lecture, one cop informed the Post the experience was “highly unusual.” (New York Post)

Wednesday night heralds the return of Slice Out Hunger, a dollar pizza charity effort that donates 100 percent of its cheesy, toasty funds to the Food Bank For New York City. Organized by acclaimed pizza tour-guide Scott Wiener, Slice out hunger offers up pies from the city’s top pizzerias—from Adoro Lei to Wheated—for the price of Two Bros. Slice Out Hunger kicks off at 6 p.m. in St. Anthony’s Church (155 Sullivan Street) and lasts until the pizza runs out. Entry is $1, which can be used for a slice, soda or raffle ticket. Can’t make it but want to help out anyway? Donate here to Slice Out Hunger or here to Food Bank For New York City, so everyone can get a piece of the pie. (Brokelyn)

Joo Won-moon, the NYU Student who has been detained in North Korea since April, was released on Monday, at 5:30 p.m. local time. Mr. Won-moon illegally crossed the boarder from China in an effort to heal the relationship between South Korea (where he is a citizen) and its northern neighbor. Following the announcement of his detainment in May, Mr. Won-moon told CNN he was “willing to accept any punishment.” The NYU Stern School of Business student was handed over to the authorities in the village of Panmunjom, where the South Korean government will investigate him for violations of National Security Law. (NPR)

SNL began its 41st season with a send up of When Harry Met Sally‘s oft impersonated Katz’s Deli scene. Host Miley Cyrus, along with Vanessa Bayer and Cecile Strong, offer joking examples of their own faux orgasms, while Leslie Jones gets comically specific. The scene wasn’t shot in the Deli, but instead a detailed set performed live in-studio. (Bowery Boogie) 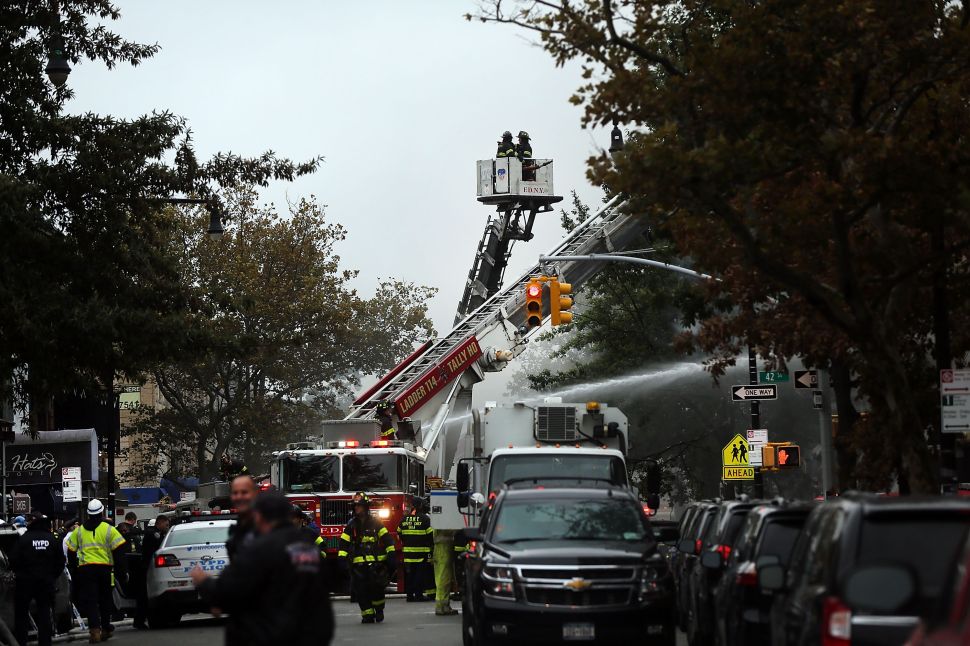