It’s not often that the fame of an apartment manages to entirely one-up its owner, but such was the case with the infamous “Black Apartment” in West Chelsea, which has finally found a buyer.

The almost entirely black-lacquer decorated 3,750-square-foot condo rose to fame when it was featured in none other than Notorious B.I.G.’s music video for the 2005 song “Nasty Girl.” It has also been used as the set for an episode of Law & Order: SVU. As a pimp’s apartment. Ms. Gallop has previously said that when they were filming, “they didn’t add any props. They said it already looked like a pimp lives here.” Oh, and when she bought the raw space at 213 West 23rd Street in 2005, for $1.51 million, it was actually originally converted from the locker rooms of the first YMCA in the US. Nope, we’re not making this up.

But perhaps the new owners, Jason Gross Olim and Teresa Louise Edleston, who paid exactly $4 million, found the Chelsea pad to be unique, distinctive, even charming—to each his or her own. Or more likely, they’re planning on “lightening” the place up.

Ms. Gallop had told the designers of her home that she wanted to feel like she was “in a Shanghai nightclub.”  This translated to walls and ceilings painted in a black gloss, a black-tiled bathtub, and black floors. Other rather unique accents include a Gucci chainsaw and an AK-47—with a Chanel logo. Per the listing photos, it also looks like there are some neon lights with the YSL logo accenting the bathroom. Because really, why not?

She had listed the…distinctive pad a few times in the last two years, most recently for $4.5 million with condo in Town Residential brokers Claudia Saez-Fromm and Mark David Fromm, though she had no such luck until now. We must say, we sincerely hope that the new owners will at least consider keeping at least one aspect of the apartment intact, whether it be the animal heads in the entry, or the shoes as living room décor. 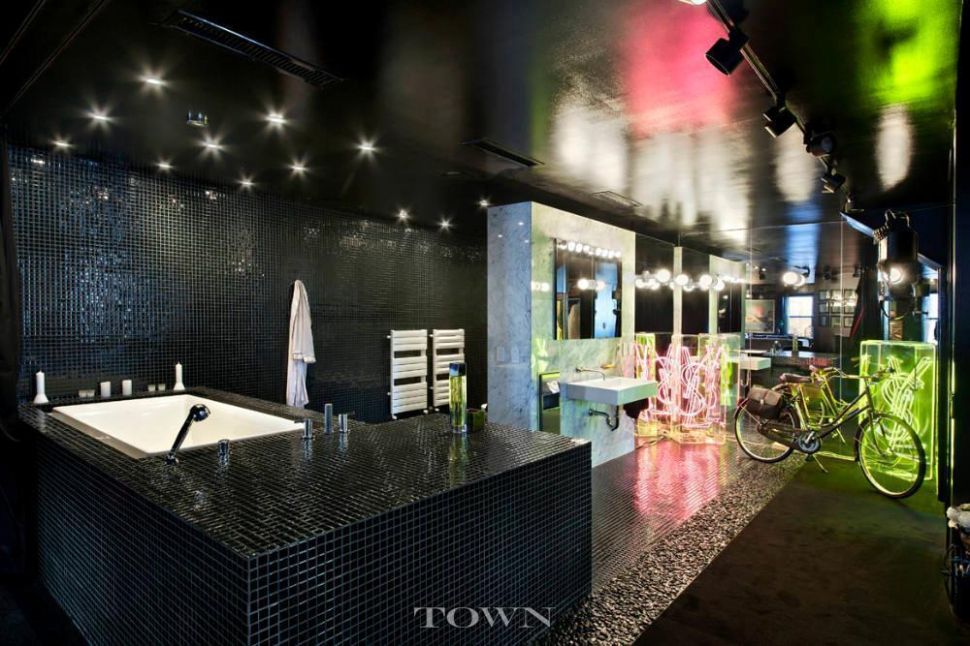