As we approach the 2016 election it is hard not to get a sense that one party, the Republicans, love Israel, but are not so crazy about Jews, while the other likes Jews, but is not so crazy about Israel. This is a generalization, but one grounded in enough reality that it is a helpful way to understand the position of Jews in American political life today.

Bernie Sanders’ candidacy is a timely exemplar of the paradoxes of Jews in politics in 2016. Mr. Sanders is a progressive politician who many left-leaning Democrats enthusiastically support. While much of what draws these people to Mr. Sanders has a a lot to do with his Jewish roots, the Senator from Vermont rarely mentions his religion. He also rarely mentions his strong support for Israel or the time he spent on a kibbutz there in the 1960s. At the same time, the Israel that attracted liberal Jewish Americans like Mr. Sanders to the socialists experiment that was the kibbutz movement is decades removed from the Israel that Likudnik Republicans admire today.

Because of Mr. Sanders, the Democratic primary is a potentially historic moment for Jews. If Bernie Sanders wins the Iowa caucus, the New Hampshire primary or any other state next year, he will become the first non-Christian in American history to win even one major party nominating caucus or primary. Perhaps even more remarkably, Senator Sanders’ religion has barely been mentioned in this election. In an election where billionaires, former corporate CEOs and longtime permanent government types are all competing to be seen as outsiders, Mr. Sanders’ claim to outsider status has gone all but unnoticed, not least because Mr. Sanders himself has not sought to draw any attention to his Judaism. The possible election of Hillary Clinton to be our first woman president has, appropriately, been recognized as an important historical development, the admittedly smaller possibility that we will elect our first non-Christian president has, in contrast, generated no interest or excitement.

When Republican politicians stress how important Jesus is to them or the role the Christian Bible should play in questions of governance, it alienates many Jews from the Republican Party

The possibility of Mr. Sanders breaking some barriers for American Jews is not the only reason 2016 is shaping up to be an interesting election cycle. There are important things happening on the Republican side for American Jews as well. For example, towards the end of the second Republican debate, when most of the candidates mentioned their support for Israel during their closing statements, Anne Coulter, the right wing pundit not known to mince words or fear offending anybody, Tweeted, “How many f—ing Jews do these people think there are in the United States?” This Tweet angered many who found the language inappropriate.

Coulter’s Tweet was offensive due to the language she used, but she missed the point. Mike Huckabee, Ted Cruz and other conservative Republicans who mentioned Israel in their closing statements, were not appealing the minuscule number of Jews who vote in Republican primaries, but were instead seeking to demonstrate their Israel bona fides to conservative evangelical Christians who far outnumber Jews both in Republican primaries and in the American population more generally.

Interestingly, during the Democratic debate, when there was a Jew on the stage, there were no questions about Israel. When the word “Israel” was mentioned, only once in the whole debate, it was not by the frontrunner, or the Jewish candidate who is second in the polls, but by Jim Webb, a marginal candidate. This is illustrative of a very unusual situation in American politics where candidates from one party seem to mention support for Israel at almost every opportunity while the other party continues to enjoy support from a big majority of American Jews, but rarely discusses Israel.

In today’s Republican Party unfailing support for Israel is an essential position to take both to solidify one’s hawkish foreign policy credentials as well as to strengthen ties to the evangelical wing of the GOP. In recent months much of this has manifested itself in the discussion of President Obama’s deal with Iran. Republican politicians have decried this agreement as the death knell of the Jewish state, while Republican presidential candidates have competed with each other over how early on the day of their inauguration they will tear up this agreement. The question of how that could actually be done has received less attention. If one only listened to the Republicans, one would think that this agreement, brokered by a Democratic president who has long enjoyed strong Jewish support and supported by a Democratic frontrunner who is perhaps even more popular among Jewish voters, amounts to a 21st Century geopolitical Kristallnacht.

When Republican politicians stress how important Jesus is to them or the role the Christian Bible should play in questions of governance, it alienates many Jews from the Republican Party. When those same Republicans speak disdainfully of urban issues, take gratuitous anti-intellectual positions and almost seem contemptuous of well-educated people, it is easy to make the leap that the people saying those things don’t like Jews either. This does not mean that Republicans are anti-Semites, or that they want to harm American Jews, but just that on a simpler more personal level, they don’t seem to get us.

This feeling is exacerbated by a sense that many Republican politicians have had very little contact with American Jews other than in official capacities. The ease with which candidates like Mike Huckabee and Ben Carson make vulgar analogies to the Holocaust, of the kind that any Christian who grew up with a few Jewish friends would know better than to make, underscores this. Obviously Mike Huckabee and Ben Carson and other Republican politicians like them have interacted with Jews, but it seems that this interaction has been limited to Jews who are part of the far right. It is hard to imagine that many Republican leaders today have spent time informally with American Jews and have any appreciation for our culture, sense of humor, perspective or political concerns other than Israel.

On the one hand, the Democrats, as the party of science, progressive positions on social issues and tolerance for diversity of all kinds, continues to be the ideological home of Jews. The support Bernie Sanders is getting is evidence of this.

It is almost equally clear that Democratic Party views regarding Israel are much less favorable than those of the Republican Party and that this trend is likely to grow in the coming years. It is very possible that if either Hillary Clinton or Bernie Sanders are elected president and serve two terms in the White House, they will be the last pro-Israel Democratic nominee for President. Support for the Israel in the Democratic Party skews older, so Democrats who are younger than 40 are less likely to be pro-Israel. When Jewish Democrats are removed from that group, the numbers look even worse for support for the Jewish state within the Democratic Party.

In the next few years, American Jews may increasingly find ourselves caught between a party to which we cannot relate, but who is strongly supportive of Israel, albeit in a narrow and sometimes counter-productive way, and one that feels very comfortable in many ways but in which there is a widening gap between Jews and Gentiles on an issue that is of great importance to many Jews. You do not have to be a Talmudic scholar to recognize that this is not good for the Jews. 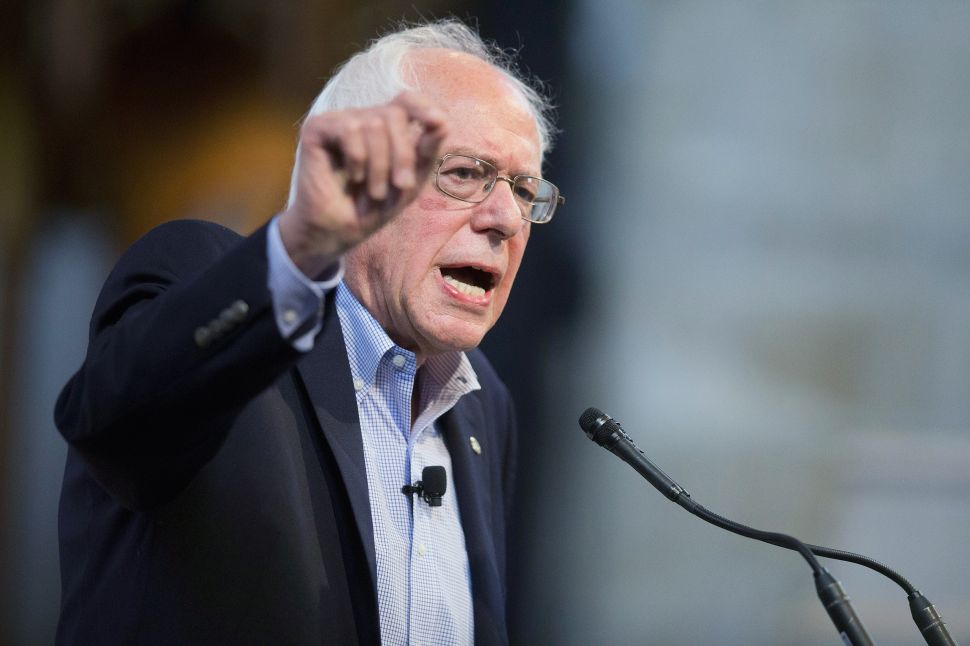