When it was revealed in 2013 that the NSA and its UK equivalent, GCHQ, routinely spied on the German government, artists Mathias Jud and Christoph Wachter came up with a plan.

They installed a series of antennas on the roof of the Swiss Embassy in Berlin and another giant antenna on the roof of the Academy of Arts, which is located exactly between the listening posts of the NSA and GCHQ. This created an open communication network, meaning that with the use of any wifi-enabled device, anyone could send anything (text messages, voice calls, photos and files) anonymously for those listening to hear.

“If people are spying on us, it stands to reason that they have to listen to what we are saying,” Mr. Jud said in a TED Talk on the subject that was filmed at TED Global London in September and uploaded onto Ted.com today.

This was perfectly legal, and they named the project “Can You Hear Me?”

To no surprise, there was a ton of trolling. One message read, “This is the NSA. In God we trust. In all others we track!!!!!” Another said, “Agents, what twisted story of yourself will you tell your grandchildren?” One particularly humorous message jokingly pleaded, “@NSA My neighbors are noisy. Please send a drone strike.”

Watch the full talk here for more trolling messages and details about the project: 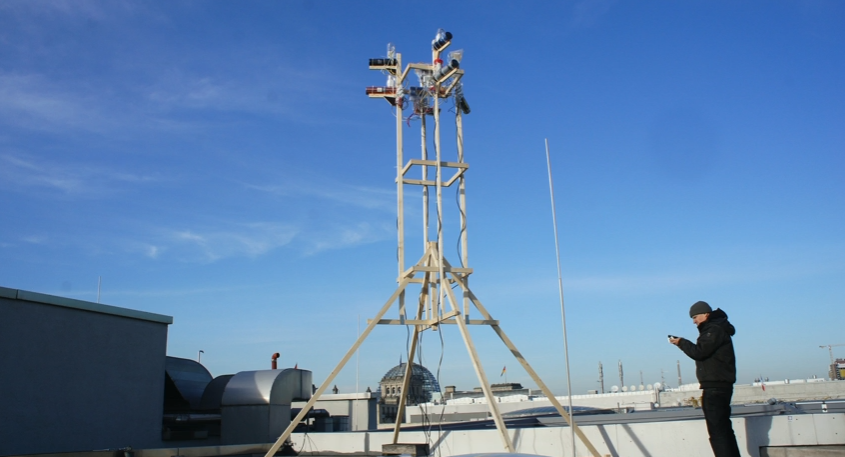