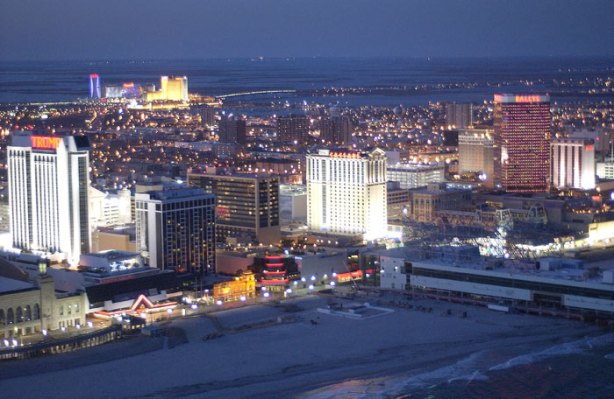 Padula said in a public letter to Davis that he is stepping down to ensure a smooth transition for his successor, one in which he will play an active part in advising and training.

Padula’s resignation will be effective November 4, 2015, and Padula said he will stay on as a committeeman until the rest of his term expires.

It is with great optimism for the future that I am tendering my resignation as Chairman of the Atlantic City Republican County Committee.

The purpose of my resignation is to afford my replacement a smooth transition, and to be able to work with that individual to instruct them of the duties and responsibilities of Chairman until my term is up on the committee.

While I am resigning the position of Chairman effective 12 noonon November 4, 2015, I will remain on as a committeeman until my current term expires.  I certainly would not leave just two short weeks before and important election, and will do whatever I can to assist all the candidates on the Republican Line from State Assemblyman on down, in being successful here in the City.

The next committee meeting is set for November 5, 2015 at which time I expect an interim replacement to be named.  The permanent replacement as you know will be named right after the June primaries next year.

It is well known that I inherited a broken City Republican Party when I was elected Chair some 7 years ago.  We had no money in the bank, no Republican Representation in City Government, no regularly scheduled meetings and virtually no one showing up at Conventions as delegates for Atlantic City.

During my tenure, we have seen:

·         the numbers of registered republicans increase in the City of Atlantic City,

·         a bank account established in the committee name that has a balance that will be passed on to the next committee when elections take place,

·         open lines of communication with election board officials,

·         the upset victory of Republican Don Guardian (something most said could not be done) that I personally asked to run for Mayor,

·         I was successful in having elected the committee’s choice of candidate during a well contested Primary this past June, against the City establishment’s candidate

·          Finally, most recently, as you are aware, we are on the verge of Republican Representation on City Council in just two short weeks!

I am most proud of my many accomplishments (that clearly speak for themselves) as Chairman and thank the members of the committee for their vote of confidence in me and working side by side to help accomplish my goals.

I am sure my replacement will accomplish much more than I, as we now have the knowledge and know how to do so and get things done.

It has been an honor and a privilege to move the Republican Party forward together with your help, and I wish you continued success both in your personal and professional lives.