In the 1990s, among the relief shipments arriving at villages devastated by the Bosnian war, an estimated 17,000 tons of drug donations had to be discarded, wasting $34 million.

“Hundreds of millions of dollars are given every year for disaster-related activities but it’s usually not well planned and it’s not well coordinated,” said Robert Ottenhoff, CEO of the Center for Disaster Philanthropy (CDP), a nonprofit in Washington, D.C., founded in 2012 by veterans of the nightmarish Hurricane Katrina relief efforts.

After Katrina, recalled Mr. Ottenhoff, “many donors didn’t know what to do. There was not much discussion of planning and preparation or what it means to be a resilient community. Katrina was a wake-up call.”

But in reshaping disaster philanthropy, the organization certainly has its work cut out. While millions of dollars pour into disasters from donors when a crisis strikes, the field of disaster philanthropy remains woefully inefficient. What’s more, he said, no organization existed to help private foundations become more strategic in their response to disasters. This is the gap CDP aims to fill.

For a start, the good intentions of individual donors do not always translate into the best practices. “About 90 percent of all dollars are given in the first 90 days after a disaster,” said Mr. Ottenhoff. Yet, he noted, these outpourings of generosity are rarely matched by ongoing donations for the critical rebuilding phase.

Psychologist Hanna Zagefka and a team of researchers at Royal Holloway, University of London, explored this phenomenon by comparing the reaction of participants to descriptions of natural disasters with their reaction to descriptions of man-made events such as armed conflicts.

After being told about natural catastrophes, people were prepared to be far more generous than they were when told about victims of war. “They make that assumption that the victims [of conflict] must have provoked the event,” said Ms. Zagefka. “And that prevents them from wanting to help.”

Nor do donors want their money to fund what experts say is really needed for effective response to disasters—things such as transport infrastructure, training and IT systems.

“Donors have a poor understanding of the mechanics of relief operations,” said Luk Van Wassenhove, a professor at INSEAD business school in France who has studied disaster management. “They think they should give to organizations with minimal overhead because they’re being told this is how most of the money will go to the beneficiaries, which is not true.”

The reality, he noted, is that to become more efficient at delivering relief, organizations need to spend money on logistics, equipment, training, staff with the right expertise and upgrading their IT systems.

“There’s this oversimplification,” he said. “We don’t want bureaucrats with big, tax-free salaries sitting in New York. But that’s not the point. If you don’t invest, you’ll be very inefficient in using the money from donors.”

Of course, donors could be forgiven for a degree of skepticism. Each new disaster seems to bring fresh evidence that donor dollars have been squandered.

A recent investigation by ProPublica and National Public Radio found that despite raising almost half a billion dollars in donations in the wake of the 2010 Haiti earthquake, the Red Cross has only built six permanent homes since then.

In some cases, poor response is rooted in lack of planning. “There are big standing problems that happen over and over,” said Mr. Wassenhove.

There just isn’t enough money in the philanthropic world to keep responding to disasters only after they have occurred.

“We knew a big one was coming,” he said, citing the Nepal earthquake. “We knew the airport would never be able to absorb the flights. But nobody ever thought about how to de-bottleneck the airport and prioritize the cargo.”

Supplies might have gotten in faster, he said, if the international community had taken over the airport operations—but this is something that needs to be arranged ahead of any disaster. “If you don’t have international agreements, that can’t happen,” said Mr. Wassenhove.

Meanwhile, some nonprofits raise money by claiming to have a bigger presence in a country than is the case. This was true in Nepal, said Jay Aldous, director of private sector partnerships at the United Nations World Food Programme. “That leads to resources coming in that can’t be expended,” he said. “If we as a sector don’t address this, it’s going to erode trust.”

However, he also thinks the public needs to conduct more due diligence and investigation of nonprofits “and have an expectation that they will report back and deliver on what they promised,” he said.

Unfortunately, not many appear to be doing this. In a survey titled “Money for Good,” Hope Consulting found that while 85 percent of U.S. donors saw nonprofit performance as “very important,” just 35 percent said they did any research before making their gifts.

This is not the case at private foundations. However, while these donors have strategies for everything from reducing poverty to battling disease, few focus on disaster relief, which tends to be left to large non-governmental organizations and international agencies.

“In other areas of their grant making, foundations might be very rigorous and data driven, but they lose that when it comes to disasters,” said Mr. Ottenhoff of the CDP. “And because disaster philanthropy is a relatively small proportion of the overall nonprofit community, there are very few foundations with expertise in disasters.”

This is a problem the CDP intends to solve. Working with private foundations and corporate donors, its aim is to educate philanthropists about the on-the-ground realities immediately after a crisis has hit and to help them coordinate their efforts.

To do this, it has a full-time staff member devoted to monitoring disasters from the moment they hit. This involves identifying the first responders, establishing what they need most, finding out which donors want to respond immediately and then relaying information to the philanthropist so can maximize the impact of their funding. “We’re playing a data gathering and advisory role,” said Mr. Ottenhoff.

However, the CDP also wants to get donors to focus more attention on the disaster lifecycle. After the Nepal earthquake hit, for example, in addition to the advice it gave to donors wanting to contribute immediately, the CDP set up a Nepal fund with contributors that included foundations, donor-advised funds and individuals. “And we made very clear that our fund was for mid- to long-term recovery efforts,” said Mr. Ottenhoff.

The CDP is also taking a proactive approach to disaster philanthropy by setting up funds ahead of any event that can be used for recovery and rebuilding efforts. Its Midwest Early Recovery Fund, for example, is focused on 10 states in the upper Midwest of the United States. “It means you don’t have to scramble to raise money,” said Mr. Ottenhoff.

In fact, the CDP believes every funder can potentially be a disaster philanthropist. “Even if your organization does not work in a particular geographic area or fund immediate relief efforts, you can look for ways to tie disaster funding into your existing mission,” the CDP explained on its website.

In other words, a foundation focusing on health, for example, might work to build healthcare systems that can cope in the face of disease outbreaks such as Ebola. An organization dedicated to helping vulnerable populations might focus on affordable housing that can withstand extreme weather.

Of course, all this prompts questions about where general philanthropy ends and disaster philanthropy begins. But for Mr. Ottenhoff, anything that breaks down the silos between these two forms of giving makes sense.

“We need to take a more long-term, strategic approach,” he said. “There just isn’t enough money in the philanthropic world to keep responding to disasters only after they have occurred.”

Sarah Murray writes about corporate responsibility, the environment and philanthropy. A long-time Financial Times contributor, she is also the author of Making an Exit: From the Magnificent to the Macabre—How We Dignify the Dead. 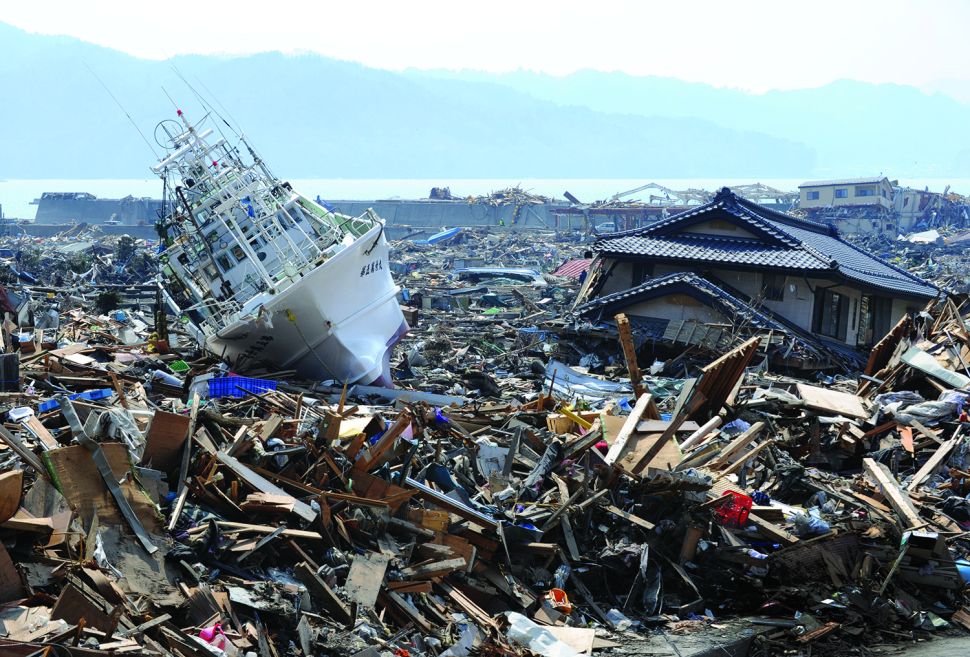