In the last few weeks Hillary Clinton has seen her campaign buoyed by a very strong debate performance and a Benghazi committee hearing where she clearly got the better of her political tormentors. She quickly reaped the benefits of those political victories as two minor candidates, James Webb and Lincoln Chafee have dropped out of the race for the Democratic nomination, and one potentially strong candidate, Vice President Joseph Biden, opted not to run. Recent polls have reflected this as Ms. Clinton has widened her lead over Bernie Sanders, the leading challenger for the nomination.

Mr. Sanders, who for much of the late summer and early fall, appeared to be doing everything right, including raising substantial funds, and becoming a potential threat to Ms. Clinton, has been the loser in all these developments. Despite a good debate performance where he, not Ms. Clinton, got the line of the night, Mr. Sanders has seen his chances of winning decline and has, overall, received less media attention and generated less buzz over the last few weeks.

As a response to this, Mr. Sanders has done two significant things. He has begun to attack Ms. Clinton more directly, rather than just implicitly lumping her in with the corporate Democrats of whom he has been critical throughout his campaign. Second, he has hired a pollster. Neither of these things should be altogether surprising in a presidential campaign, but Mr. Sanders had told us that his campaign was going to be different.

While Mr. Sanders proved, at least for now, that he can raise money, it is less clear he knows how best to spend it.

It appears that Mr. Sanders has learned a key lesson of presidential politics-claiming you will run an unconventional campaign without a polished message, sophisticated targeting and the like is a smart move, but actually doing that is usually a mistake. Nobody understood that better than President Obama who in 2008 ran a modern campaign complete with sophisticated polling and hardball politics, while managing to convince a substantial chunk of the electorate that his was a genuinely different kind of campaign.

For Mr. Sanders, the task will be more difficult. To become truly competitive, Mr. Sanders will have to do many of the things that campaigns typically do, but that at first he eschewed.

This includes strategies like using political professionals to strengthen his message and figure out in more specific terms with whom it resonates best, but it also includes campaign tactics that may seem less distasteful to his base voters who are attracted to him precisely because he is a political outsider and an unconventional candidate. For example, it would be wise for him to begin investing in a larger field campaign, not just in Iowa and New Hampshire, but in South Carolina and Nevada as well because those are the states where Ms. Clinton will try to end Senator Sanders’ campaign.

During the recently completed filing period, Mr. Sanders raised approximately $24 million, only about $4 million less than Ms. Clinton, and more than any Republican candidate, demonstrating Mr. Sanders appeal. Ironically, while Mr. Sanders proved, at least for now, that he can raise money, it is less clear he knows how best to spend it.

Ms. Clinton’s advantage was always going to be in fundraising and organization. Although the former is no longer as great as many of her supporters thought it would be, her campaign organization is strong. This has allowed her to take advantage of her recent political victories. Her broad network of supporters and strong ties to the media made it possible to rapidly disseminate the perception that she won the debate and to highlight her strong showing, and the Republican missteps regarding the Benghazi hearing.

The race is not over, and there are still scenarios where Mr. Sanders could catch up to the frontrunner, but these scenarios are much less plausible than they were even a month ago. Summer of 2015 was a very good time for Mr. Sanders and a very stressful one for Ms. Clinton’s campaign. However, it now appears that Ms. Clinton survived that summer of Sanders and has demonstrated her considerable resilience. It is also becoming clear that Mr. Sanders squandered his run of good fortune in the summer, making the mistake of thinking that it would last. When fortunes turned, Mr. Sanders inability to build a genuine well planned out presidential campaign, rather than an exciting, but often unfocused movement complete with large crowds at rallies and an active social media presence, caught up with him. 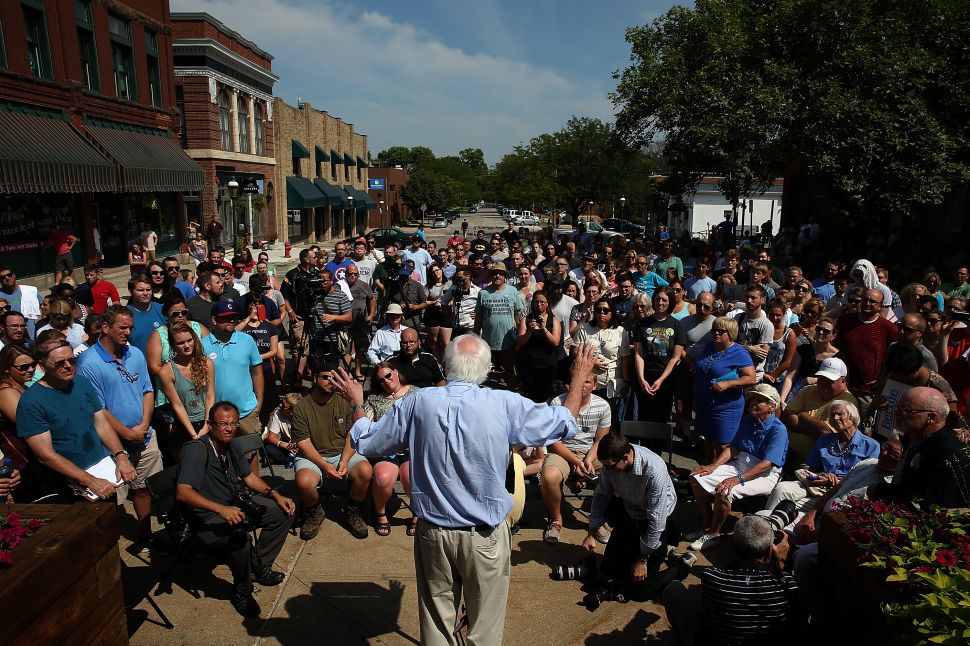