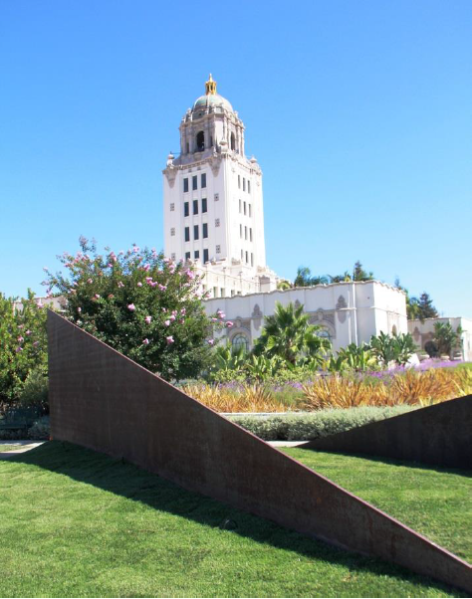 Beverly Hills just got even more beautiful, thanks to the addition of two new public sculptures by artists Carol Bove and Richard Serra to the landscape of the mansion-filled city.

One of the sculptures has been loaned to the city by the Gagosian Gallery. The gallery’s Beverly Hills outpost on Camden Drive celebrates its 20 anniversary this year.

Mr. Serra’s Twins consists of two vertically erected monumental Cor-Ten steel plates, weighing 9,000 pounds each. The work, which is located on Santa Monica Boulevard and Crescent Drive, was originally conceived in 1972 and made in 1993.

Mr. Serra, who is represented by Gagosian, is world famous for his large-scale sculptures made from rolled steel sheets. His work has been shown in major exhibitions at the Stedelijk in Amsterdam and the MoMA and the Met in New York.

“It sets the bar high for Beverly Hills public art, just where it belongs,” Gagosian Director Deb McLeod said in a statement. 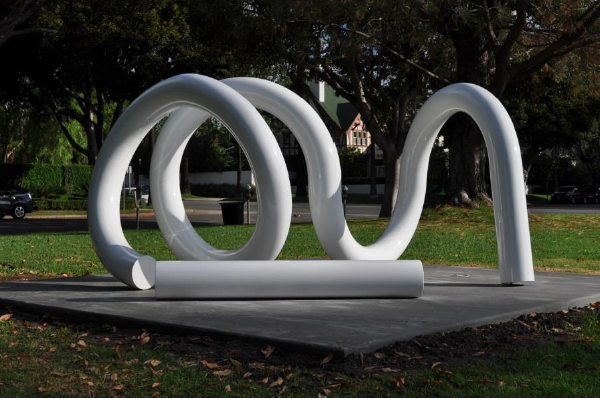 Meanwhile, Ms. Bove’s white, looping, steel sculpture, titled IO, was commissioned by the city. The Swiss-born, New York-based artist installed a similar work the High Line in 2013, and is known for making small, assemblage-style sculptures made of found objects as well as larger, steel works, such as her recent Glyphs series.

Ms. Bove’s work is installed in Beverly Gardens Park on Santa Monica Boulevard between Rodeo and Beverly Drive, and is the fourth public artwork by a contemporary artist to be shown there. Also on view, are Yayoi Kusama’s Hymn of Life: Tulips, Jaume Plensa’s Endless V, and Roxy Paine’s Erratic.

“As a world class city, we pride ourselves in providing the public with world class art,” said Beverly Hills Mayor Julian Gold in a statement. 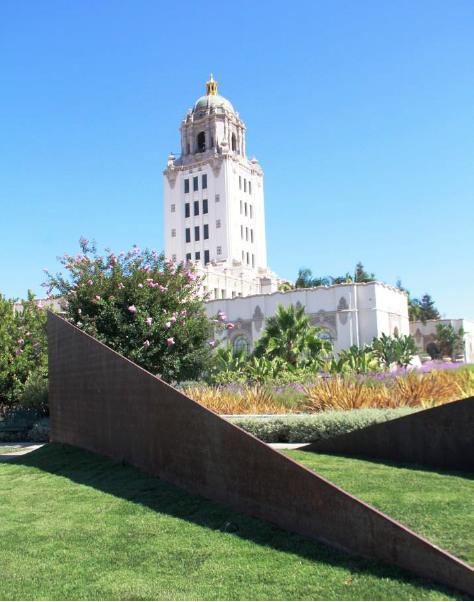