Today I attended Benjamin Netanyahu’s address to the United Nations General Assembly. It is always inspiring to see a leader of conviction bravely enter into the viper’s den to state the case for his people.

The truth is there is arguably no more hostile a global body against the State of Israel than the UN. Just to give you an idea of how biased the UN is toward the Jewish state, the prime minister pointed out in his speech that over the past year the UN adopted 20 resolutions against Israel, and yet there has only been one resolution condemning the mass, near-genocidal slaughter in Syria. That is astounding, especially considering that in the past four years, more people have died in the Syrian war than all the wars that Israel has fought since its founding in 1948.

The prime minister began his speech by attacking and criticizing the Iran deal. Many leaders in his place might have just given up on this criticism and accepted the decision of the ruling world powers. But Mr. Netanyahu loudly advised the UN body to “check your enthusiasm at the door.” He explained that rewarding Iran’s terrorist activities would only embolden them to increase their murderous schemes and machinations. He also emphasized how the billions of dollars that Iran will receive will undoubtedly be used to kill even more innocents and wreak havoc across the Middle East and the entire globe. In fact, Mr. Netanyahu revealed how Iran is already using that money to infuse their terrorist proxies with more weapons and resources as we speak.

The silence was deafening, and made Mr. Netanyahu’s point better than words could have.

I have personally written and spoken out about how the most immoral aspect of this deal, aside from the obvious nuclear threat to the world’s safety and stability, is that by giving these billions of dollars to Iran, we are literally signing the death warrant of countless innocent people. I fear we will soon be seeing the effects of this infusion of cash to the murderous, bloodthirsty Iranian regime.

It is often said that in speeches it is what the speaker doesn’t say that is the most memorable. I have been listening to Mr. Netanyahu speak since he first spoke at our Oxford University L’Chaim Society 25 years ago. And in this speech that he gave today, he did something I must say I have never seen before: Mr. Netanyahu began by reminding the UN assembly how the holocaust occurred a mere 70 years ago, and that now with Iran threatening to destroy the Jewish state in a second holocaust, “the response from this body, from nearly every one of the governments represented here, the response from every one of you here, utter silence. Deafening silence.” And with that Mr. Netanyahu proceeded to stop his speech and glare in silence at the corrupt world body. This silence continued, and continued more, lasting for a full 45 seconds, long enough to make the entire world body feel uncomfortable. He scanned the room contemptuously. And they deserved it. The silence was deafening, and made Mr. Netanyahu’s point better than words could have.

Leviticus 19:16 teaches the most basic of morality, stating, “Do not stand by the blood of your neighbor.” And yet every day the UN world body breaks this commandment with their indifference and inaction to the threats of destruction toward the Jewish state and many other victims of unwarranted aggression.

And in the context of the Iran deal, I’ve asked why President Obama himself has failed to condemn Iran’s genocidal threats. As the most powerful man in the world, could he at least say one time that he condemns Iran’s leaders for their promises to destroy Israel? Of course, President Obama in the end couldn’t bring himself to do so, because Iran would walk away from the negotiations if he did. And this fact alone just goes to show how unstable this agreement with Iran really is.

Present in the audience during this UN address were a number of VIPs. Sitting just a few feet from me was Larry Ellison, who is one of the wealthiest people in the world. As we exited the UN General Assembly hall, he told me how effective he thought the speech was. It is always interesting to see how some of the world’s most important and influential figures understand the importance and necessity of a strong and secure Israel, though their views may not be regularly publicized to the wider world.

After the speech was over I joined the prime minister along with others outside the General Assembly. He shook my hand. He jokingly asked me if I remembered our debates at Oxford and I responded that I could never forget them. I also told him that our son recently moved to Israel and is joining the Israeli Defense Forces. Our son is just one of many Jews who understands what the prime minister described so eloquently in his speech, about how in every generation there is an new threat to the Jewish people that each of us must stand up to and defy.

We must be willing to risk all so that the Jewish people and all the forces of good in the world will live on so they may continue teaching and spreading the message of fairness, kindness and justice for all mankind.

Shmuley Boteach, “America’s Rabbi,” is the international best-selling author of 30 books including his upcoming The Israel Warriors Handbook. Follow him on Twitter @RabbiShmuley. 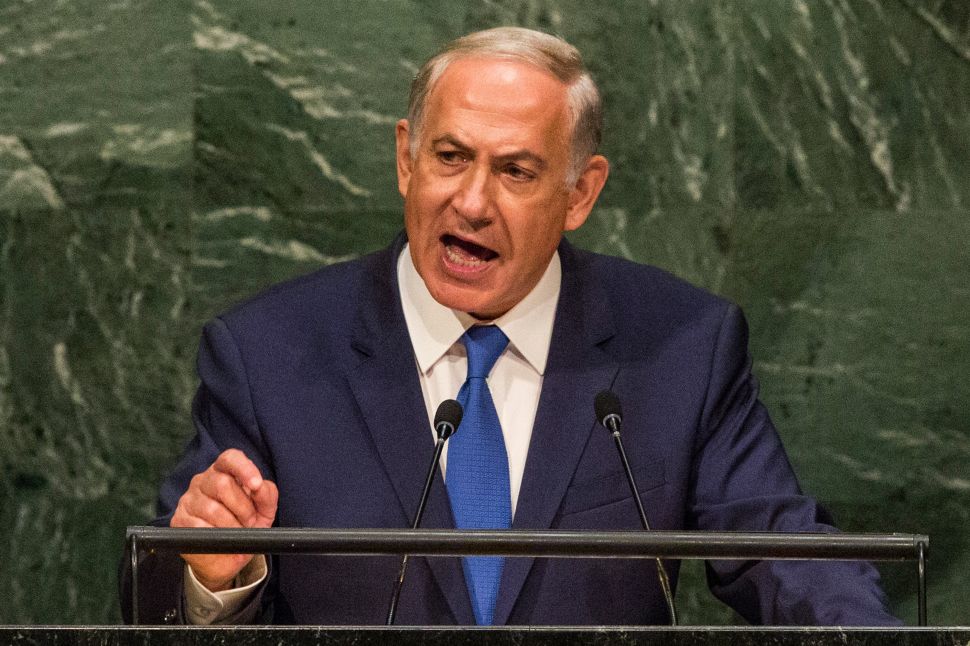