First, Mayor Bill de Blasio had an audience with Pope Francis. Now: a call-in to the Sports Pope.

The mayor called into Mike Francesa’s afternoon sports talk radio show on WFAN today, where he offered his thoughts on the Mets’ chances, was ribbed about his Boston Red Sox fandom and was quizzed on his sports knowledge.

“Is this a political deal, or are you really a Met fan?” Mr. Francesa asked at the top of the interview.

“At this point in this season, there’s a team I grew up with that I’m loyal to, but they’re gone now, Mike,” Mr. de Blasio said without name-checking the Red Sox. “So I’m with the Mets. It’s all in with the Mets now for me, because this team is fantastic—and they were robbed the other night, but I think this team has a look of destiny about them.”

Mr. Francesa interjected, perhaps unaware of Mr. de Blasio’s allegiances, or perhaps trolling the mayor: “So, you are a lifetime Yankee fan? Is that true?”

“No, no, no I grew up in Massachusetts,” the mayor, who will attend tonight’s game, began.

The mayor is a indeed devoted fan of the Boston Red Sox—a source of controversy in the city that is home to their rival New York Yankees. But Mr. de Blasio insisted that Red Sox fans “have an alliance with the Mets.” Still, Mr. Francesa seemed concerned about the mayor’s political prospects.

“With you being a Red Sox fan, and now rooting for the Mets, you better watch the Bronx, you know that?” he asked. “I mean, jeez, you’re alienating some of your constituents there.”

The mayor did himself no favors with Yankee fans when he was asked to name his favorite Red Sox players. He began with a diplomatic choice for his childhood favorite: Rico Petrocelli, a shortstop who, Mr. de Blasio quickly noted, hailed from Brooklyn. But there was no diplomacy in his modern-day favorite: David Ortiz.

“Now all the Yankees fans really hate you—you love Ortiz,” Mr. Francesa said. “I mean, no one has killed the Yankees more than Ortiz has.”

Mr. de Blasio predicted the Mets would beat the Dodgers and go on to face the Cardinals in the National League Championship Series—though he agreed with Mr. Francesa that a Mets-Cubs series would be “fun”—and once again argued Chase Utley deserved to be suspended and that the Mets had been robbed after a rough slide by the second baseman Saturday night. (“Eh, okay,” Mr. Francesa responded.)

At the top of the segment, Mr. de Blasio also offered a shout-out to “MongoNation“—a devoted crew of Francesa fans who lovingly mock the radio host on Twitter (among its members: the mayor’s pal and Staten Island Borough President James Oddo). And Mr. Francesa offered the mayor a bit of public relations advice for attending tonight’s playoff game at Citi Field.

“They like their civic leaders to show up and stay the entire game,” Mr. Francesa said of fans. “So, you gonna camp out for nine innings tonight, or what?”

Mr. de Blasio’s answer was quick: “It’s the only way to go to a ballgame.”

Unlike one fan who made news on Mr. Francesa’s show this week, “Will from Queens,” the mayor didn’t shed any tears. And Mr. Francesa—who fans love to tweak for having dozed off a couple times—managed to stay awake for the five-minute segment. 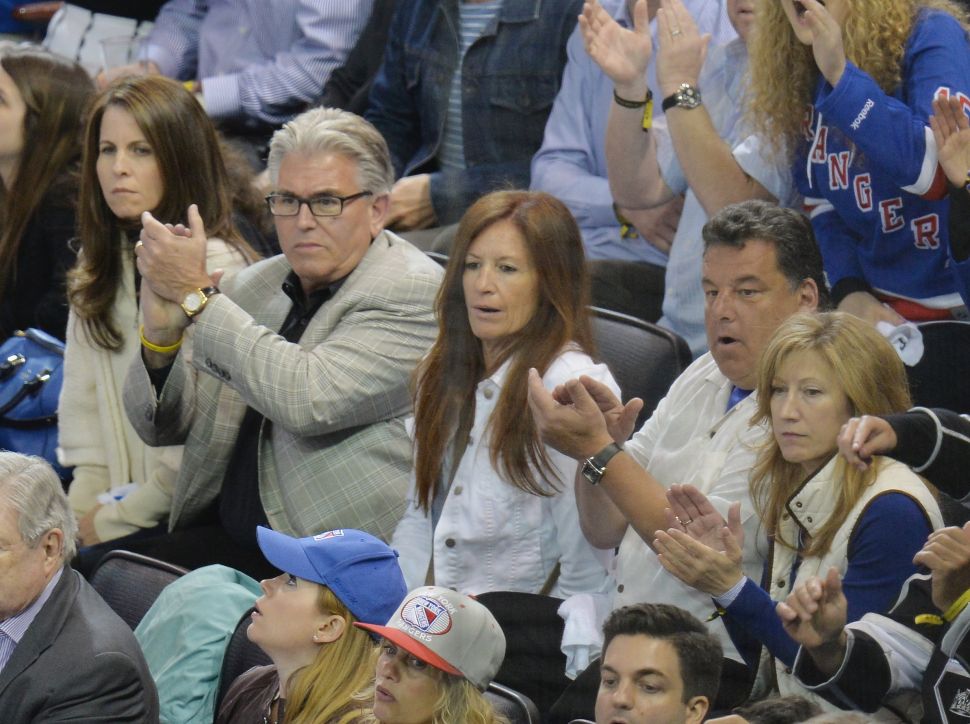