An irritated Mayor Bill de Blasio dismissed a couple of news reports that said he was on the verge of endorsing Hillary Clinton for president, telling reporters today that he won’t respond to “third party reports.”

“Don’t reference … third party reports. When we have something to say on the political front, we’ll say it,” Mr. de Blasio, a Democrat, said at an unrelated press conference in Queens. “I haven’t said anything yet. That’ll be something we address in the future.”

Politico New York and the Associated Press, citing unnamed sources, reported yesterday that Mr. de Blasio was in talks with Ms. Clinton about an endorsement before the mayor hosts an Iowa forum on income inequality next month. Mr. de Blasio, who managed Ms. Clinton’s first Senate campaign in 2000, is the last major New York elected official to hold out on backing Ms. Clinton, citing his need to see that the former secretary of state is committed to a progressive vision.

While Ms. Clinton is facing a furious challenge from a candidate who is popular with grassroots progressives, Sen. Bernie Sanders of Vermont, most political observers long expected Mr. de Blasio to endorse Ms. Clinton. Along with her husband, former President Bill Clinton, she attended Mr. de Blasio’s inauguration and the mayor is not known to go out on a limb for endorsements.

How Mr. de Blasio ultimately makes the endorsement–through a press release or at some kind of event–and if he will have any role as a Clinton surrogate are not immediately clear. Council Speaker Melissa Mark-Viverito, a liberal ally of the mayor, recently backed Ms. Clinton and traveled to cheer her on at the first Democratic debate in Las Vegas. 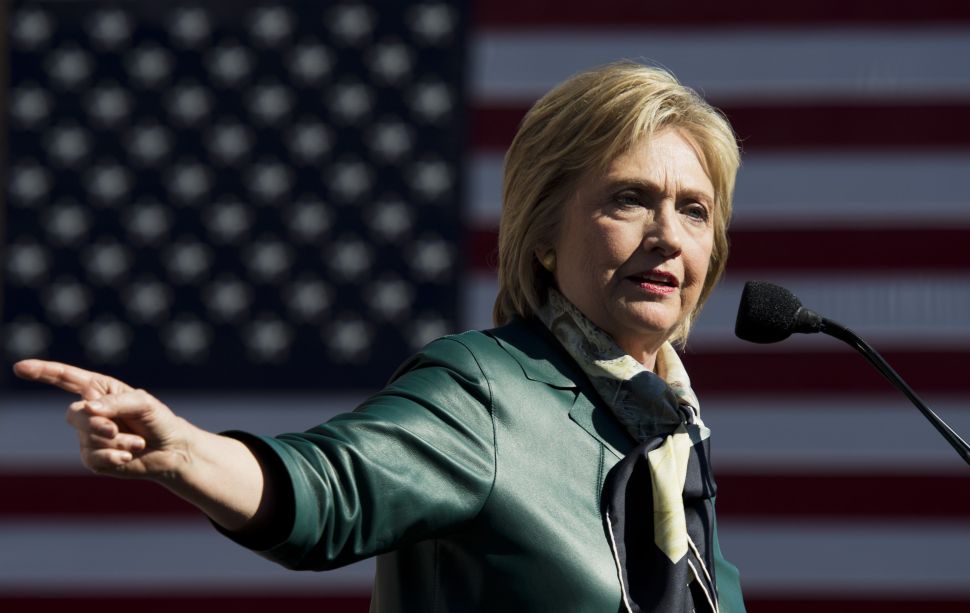