The mayor—and noted baseball fan—called for Major League Baseball to toss out an appeal from Chase Utley, the Los Angeles Dodger who was suspended for two games after he barreled into Mets shortstop Ruben Tejeda hard enough to break Mr. Tejeda’s leg.

“He can appeal all he wants—but he is guilty as sin,” Mr. de Blasio said today before marching in the Columbus Day Parade in Manhattan. “That is a tackle.”

The play has been roundly derided by Mets fans as a dirty slide intended to break up a double-play. Mr. Utley not only knocked Mr. Tejada out of the playoffs, he was also called safe—setting up the Dodgers to take the lead and ultimately win the game. Despite the ruling on the field, the MLB later said the slide illegal and suspended Mr. Utley for two games, which he has appealed.

Mr. de Blasio has taken to rooting for the Mets since his beloved Red Sox didn’t make the playoffs, though he said he didn’t watch the play live—the game went late and he turned in before the eighth inning debacle. But he caught the highlights on Mets.com the next morning.

“I was astounded. It wasn’t even close. It was a tackle. It was illegal. It was sickening,” Mr. de Blasio said.  “I guess he has the right to appeal, but that appeal should be immediately dismissed. He should serve that suspension, and the rules are pretty clear: he shouldn’t have done it. But if the MLB needs to tighten up their rules, they should, because that’s just not how the game is supposed to be played.”

But while Mr. de Blasio may run the city, he doesn’t run the MLB—which did not immediately dismiss Mr. Utley’s appeal. That means the second baseman former Philadelphia Phillies player will be eligible to play in tonight’s game at Citi Field in Queens, where Mr. de Blasio will be among the thousands of fuming Mets fans in attendance.

“I think the people of New York City will let him know how they feel,” Mr. de Blasio said. “It’s unbelievable. He deserves all the boos that he gets.” 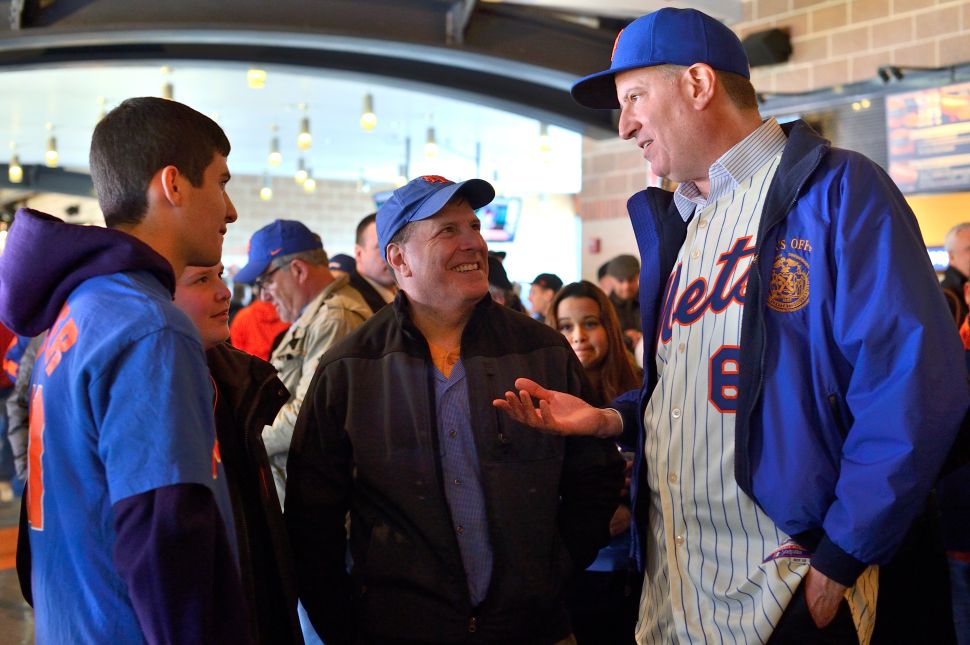